Man killed by train in Marion

Police said 71-year-old John McQueen died after crawling through the cars of a stopped train when the train began to move. 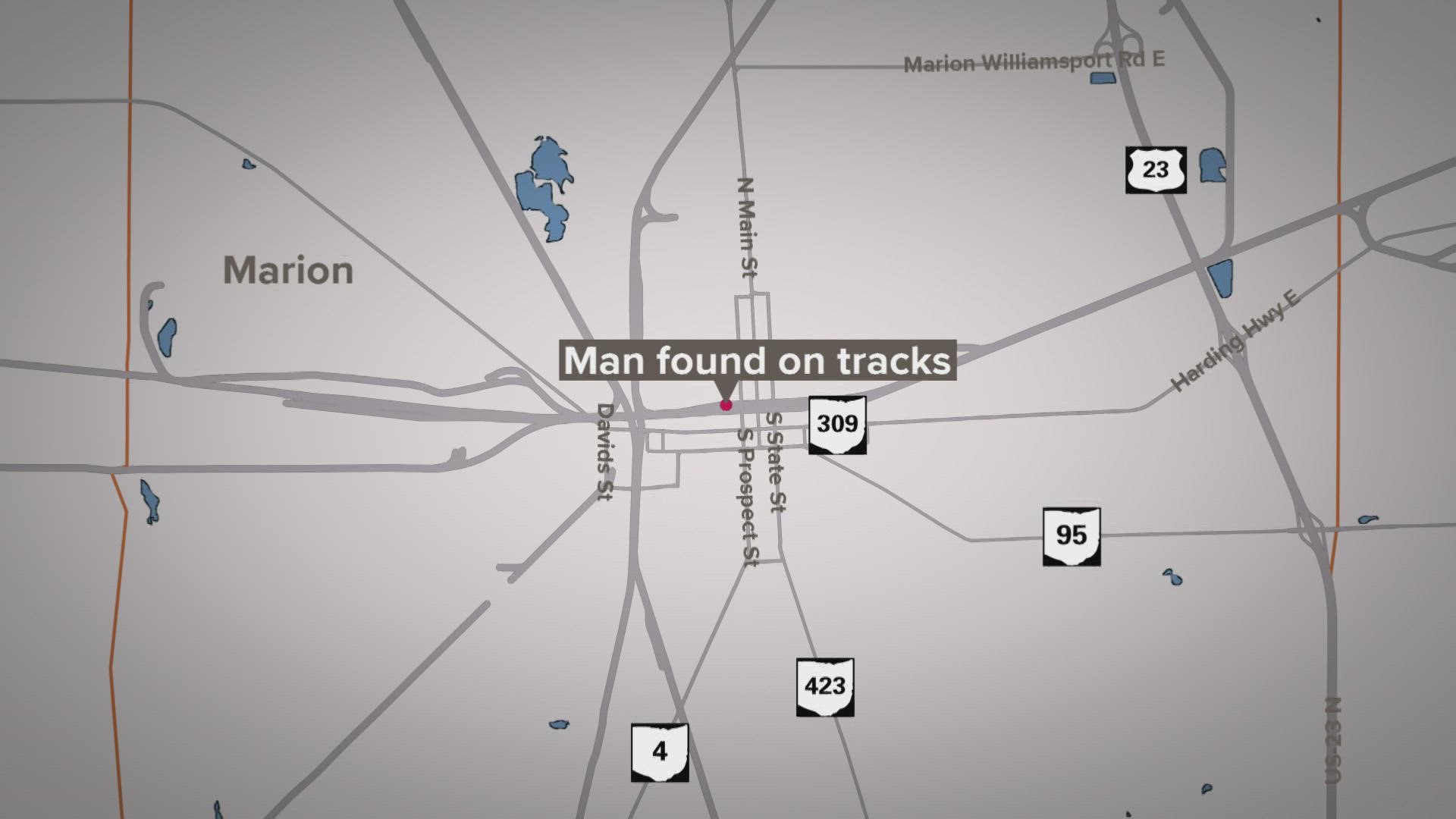 MARION, Ohio — A man was killed by a train in Marion and police said his death was an accident.

Marion Chief of Police Jay McDonald wrote in a release that officers were called to the area of Oak Street and Huber Street around 9:45 a.m. Sunday after a man was found dead on the railroad tracks.

Officers and detectives determined the man, 71-year-old John McQueen of Marion, was killed in an incident that happened around 8:15 p.m. Saturday.

McDonald said McQueen had crawled through the cars of a stopped train when the train began to move.

“The men and women of the Marion Police Department are saddened by the events of last night that led to the death of Mr. McQueen.   We would like to take this opportunity to warn others that climbing over or around the cars on a stopped train is extremely dangerous.   We understand that a stopped train can cause an inconvenience, but the time saved is not worth the risk of crossing through or under a stopped train," McDonald said.

If anyone has any additional information about what happened, they are asked to call police at 740-387-2222.