For Lee Shaffer, the story starts at the crossroads of US 62 and Ole Ridenour Road. 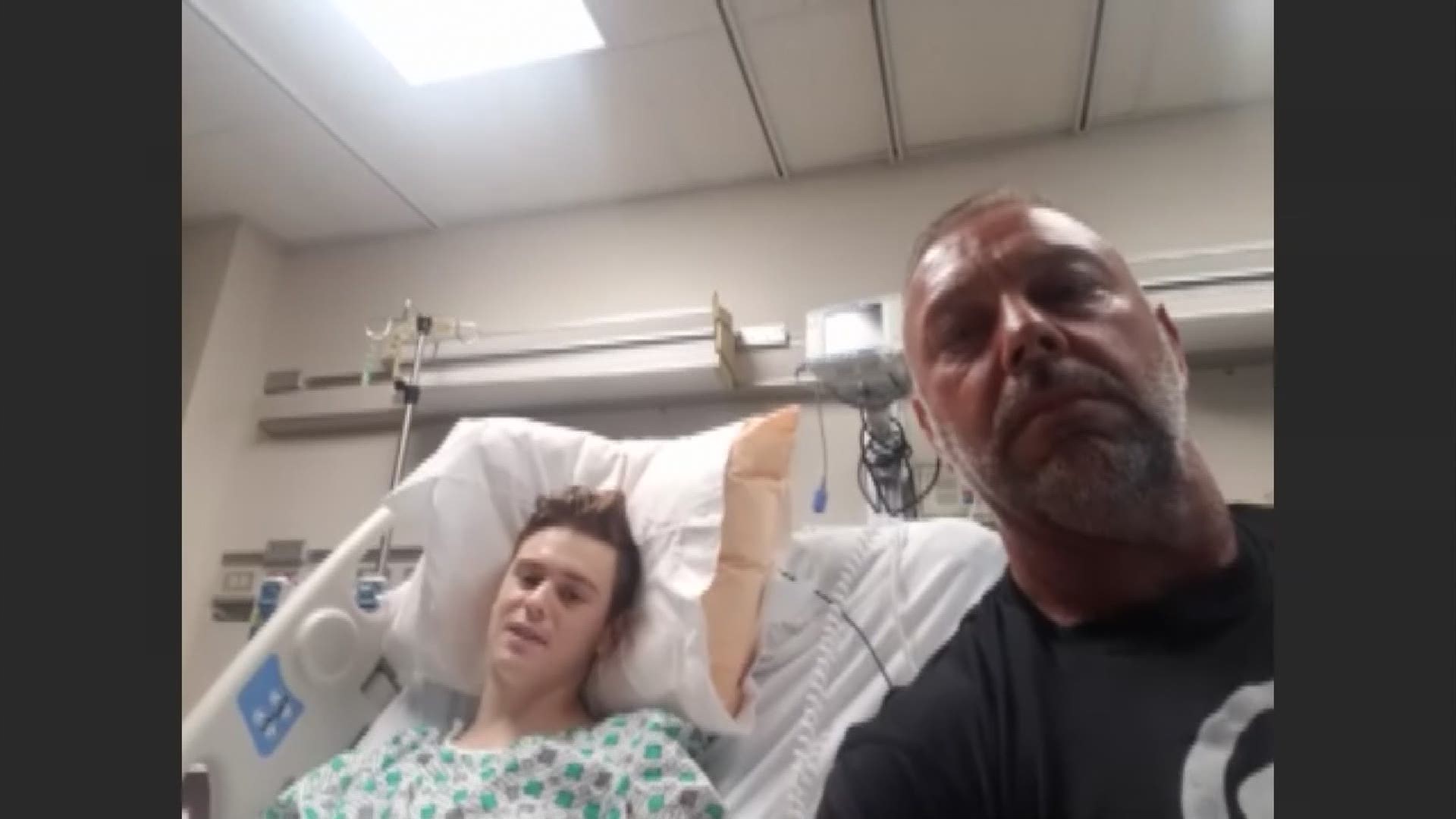 For Lee Shaffer, the story starts at the crossroads of US 62 and Ole Ridenour Road.

Shaffer was headed home after leaving work last week. The 19-year-old hopped on his motorcycle, got on I-670, then the offramp for US 62.

That’s all he remembers.

“I believe I’m very lucky to be alive,” he said.

According to reports obtained by 10TV, witnesses claim Shaffer allegedly ran a red light and hit a car that was turning. Another alleges speed might have been a factor.

Shaffer says he doesn’t remember the intersection or the red light but admits knowing him, he was probably going above the speed limit.

One of those officers who stepped in was Gahanna Patrol Officer Jason Jones.

As fate would have it, Jones was in his patrol car just in front of the accident. Close enough that something from the wreck hit his cruiser. He says Shaffer was thrown and landed in the trees on the side of the road.

“I was expecting him to not be alive,” Jones said. “But he was and that was great news there at that point.”

Jones and another officer grabbed Shaffer and pulled him to safety. Jones, thinking quickly, tied a tourniquet around Shaffer’s left leg.

“I think it was pretty critical at that time,” Jones said.

Doctors would later tell Jones that tourniquet probably had an impact on stopping the bleeding and saving his life.

Shaffer lost his leg. It was amputated just above the knee. He’s grateful, though, he didn’t lose his life.

“I don’t have enough words or gratitude in me, at all, to thank him enough,” Shaffer said.

Wanting the world to know what the officers did, Greg wanted to share this story along with the message of hope and appreciation.

As most heroes do, Jones doesn’t want the credit.

“I’m just glad I was in the right place at the right time for him that day,” Jones said. “I was just doing my job.”

“Yeah, that’s what he’s trained to do and I’m thankful that he was there…but it happened to be him,” Shaffer said. “God put him there at that time at that place at that moment to do what he did.”

Shaffer says he will be heading to a physical rehabilitation center in Westerville, Friday, where he’s expected to stay about 10 days.

The cause of the crash is still under investigation, according to Gahanna Police.