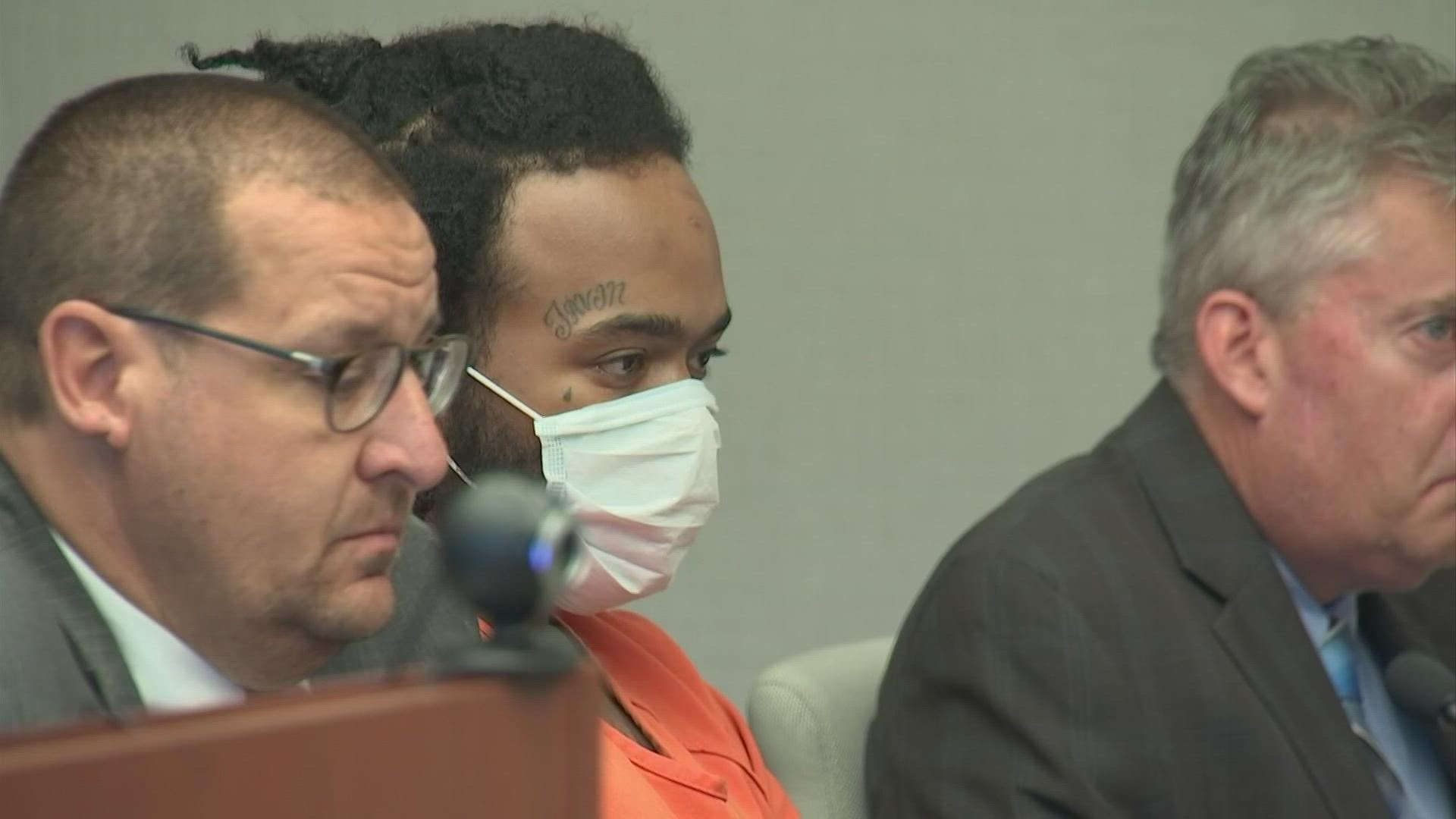 DELAWARE COUNTY, Ohio — The man accused of shooting and killing his 1-year-old daughter last month faced a judge for the first time Thursday.

The defense entered a plea of not guilty on his behalf.

On the evening of July 20, police said the shooting happened at a residence near Lazelle Road and Worthington Galena Road.

Police said Roberts shot a woman and their child inside the home before taking them outside and forcing them into a vehicle.

Roberts crashed the vehicle on Lazelle Road, got out of it and carjacked a vehicle, according to police.

Police said Roberts crashed the carjacked vehicle and tried running away, but was arrested by Franklin County deputies.

The shooting happened during what police are calling a domestic violence incident.

The child's mother was also shot but survived her injuries.

According to court records, because of Roberts’ criminal history, he should not have had a gun.

Judge James Schuck ordered Roberts to be held without bond.

The judge ordered Roberts to be held without bond. Roberts is due back in court on September 13.