The city saw its seventh day of protests in the highlands, downtown Louisville and St. Matthews. 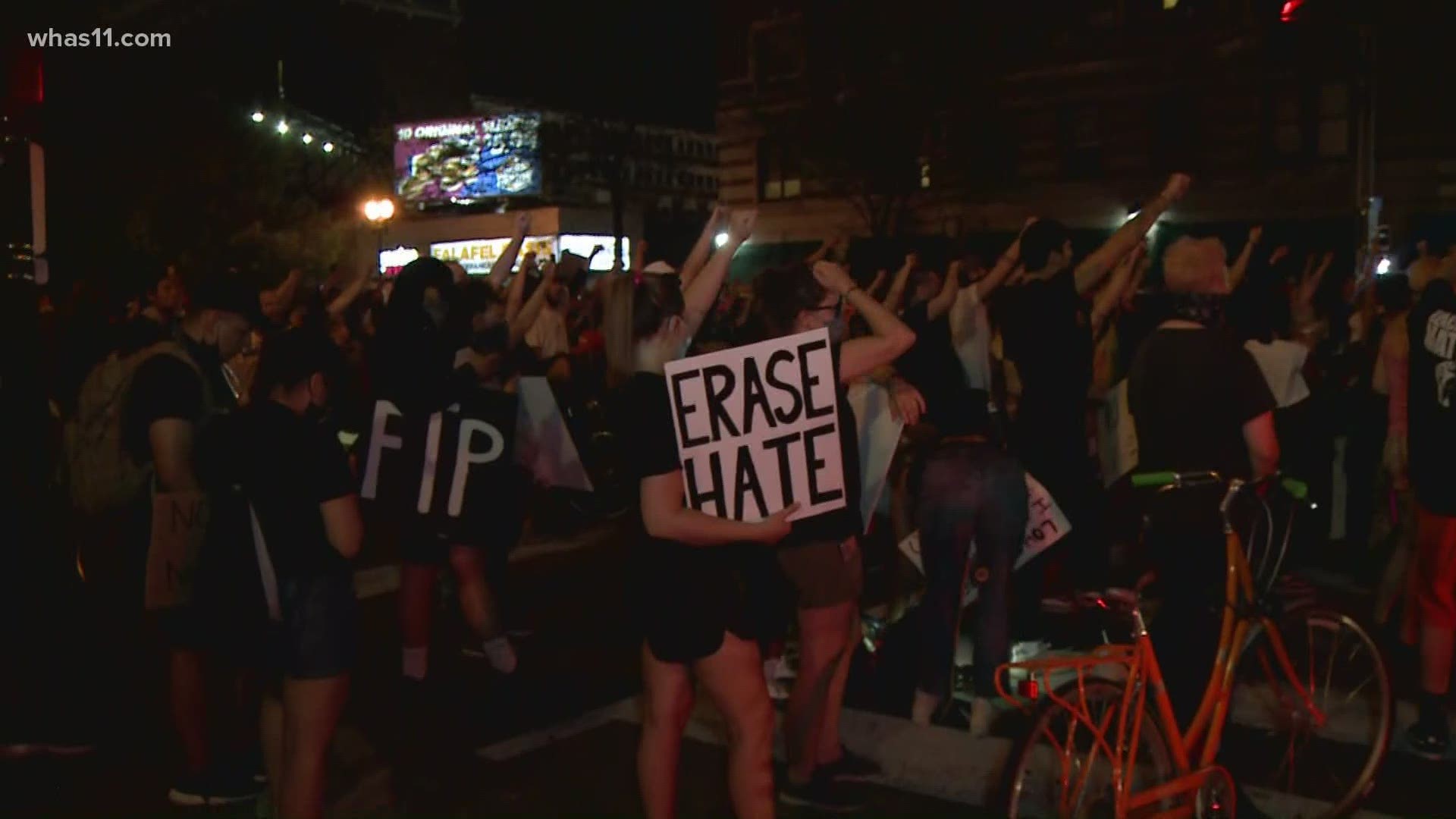 LOUISVILLE, Ky. — The seventh day of protests over the Breonna Taylor case saw peaceful movements throughout the city.

Many used art to show how they felt earlier in the day, honoring Taylor with sketches around Jefferson Square Park.

State representative and current U.S. Senate candidate Charles Booker joined in on the protests, addressing what Mayor Greg Fischer said about firing officers Tuesday. Fischer said they could not fire officers due to law, however Booker said they should work to change the laws.

Booker also talked about wanting a person of color as the city's new police chief, and discussed the use of the National Guard in Louisville — something he referred to as unnecessary.

As protests continued in the Highlands and downtown Louisville, St. Matthews also saw its largest group of protesters Wednesday night.

Hundreds of people lined the corners of Breckenridge and Chenoweth for around three hours.

"We've seen a lot of families be able to come out here to where they can be educated in a way that's less intense than downtown is," organizer Jessica Sayles said.

Organizers said they are trying to reach people who may not feel comfortable coming downtown, or who may be "avoiding seeing this movement."

The protests was peaceful, however when some marched into the street on Shelbyville Road, St. Matthews police used pepper balls to move them, following behind the march.