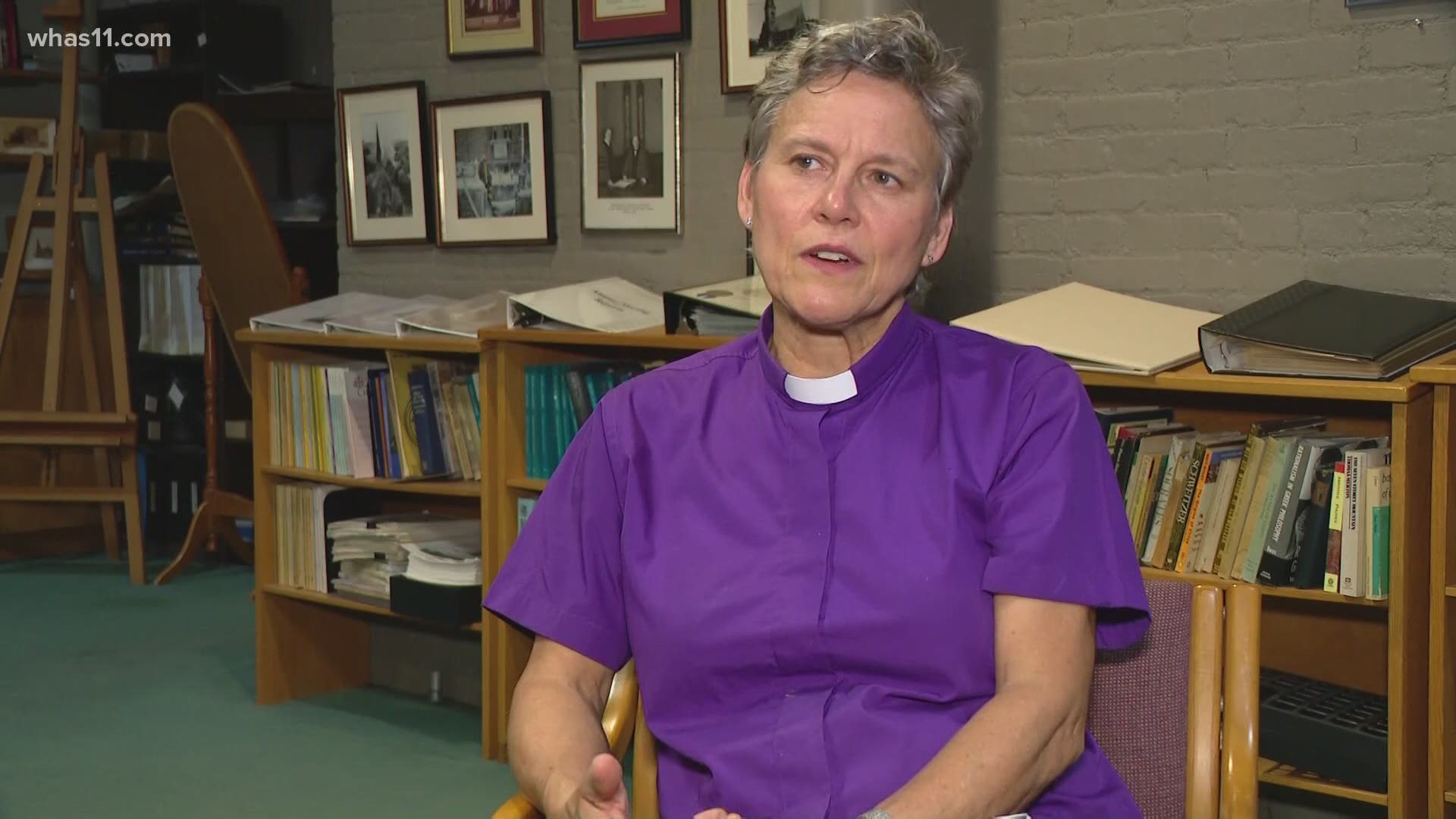 LOUISVILLE, Ky. — Protesters marched to 4th and York for the second consecutive night, taking sanctuary at one Louisville church.

First Unitarian Church originally offered sanctuary to protesters Thursday night, telling WHAS11 they did not expect the amount of people who arrived at their doorsteps.

Crews at the scene said more than 100 protesters went to the property as the countywide curfew set in at 9 p.m. WHAS11 witnessed Louisville police officers surround the property.

While social media posts showed hostility between protesters and police, LMPD released a statement saying no arrests were made for being on church property. A spokesperson said police remained in the area to address reports of broken windows.

Friday, WHAS11 went inside the church for several hours as they prepared for more protesters. The church has provided food, water and chairs for protesters.

Minister Lori Kyle said she wants the family of Breonna Taylor to know she supports their fight for justice and will continue to open the church's doors to protests when the curfew hits.

1 / 7
Steve Jefferson
Friday, September 25, 2020: First Unitarian Church prepares for hundreds of protesters to shelter in place at the church after the 9 pm curfew.

People once again began traveling to the church as the curfew set in, however crews at the scene said there are no police officers immediately around the property.

At least 24 people were arrested Thursday night for unlawful assembly, failure to disperse and riot in the first degree. Kentucky state Rep. Attica Scott was among those arrested.

LMPD said two people have been arrested Friday following a protest that marched from Jefferson Square Park to the NuLu neighborhood.