An OSU student shares his experiences of military service and invites a family who buried both sons within a year to speak about the impact mental health issues can have on veterans. It is all a part of local efforts to raise awareness among veterans on PTSD, depression and other mental health issues. 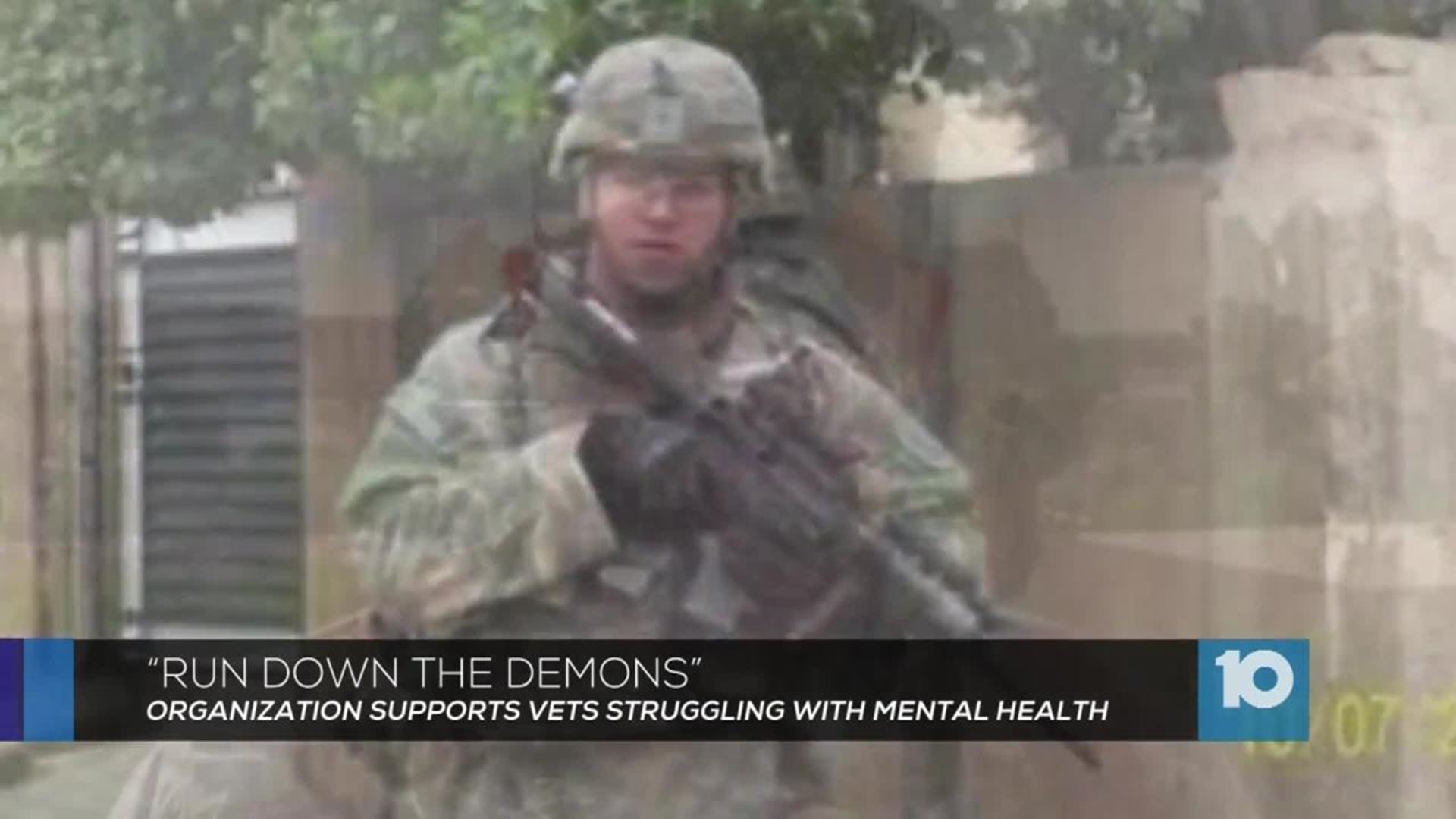 Colin Winter served two tours in Iraq and now during his time at The Ohio State University Student is working to serve veterans.

"There absolutely is a stigma associated with mental health and we want to make sure we're tackling those issues," said Winter.

He is the co-founder of Run Down the Demons. The organization raises money and takes part in outreach to Veterans and mental health issues.

Monday morning the organization hosted the Graham family. Within 8 months time, Army Major General Mark Graham and wife Carol Graham lost one son in combat and the other to suicide.

"Our son, Kevin was a pre-med student at the University of Kentucky and a senior army ROTC cadet on scholarship. He was struggling with depression. In 2003, he took his own life and died by suicide," said Mark Graham.

"He was under tremendous stress with pre-med. He also had both sides of our family with histories of depression," said Carol Graham. "He was feeling ashamed, even though he had an illness that people all over our nation battle."

His mother says Kevin had kept his mental struggles a secret.

"He didn't want the army to know. He actually went off his medication for depression because he was afraid he would get kicked out of the army," said Carol Graham.

The Grahams lost their second son, Jeffery to an IED in combat.

"Our son Jeffery was a lieutenant on a foot patrol outside of Fallujah and was killed by an IED," said Mark Graham. "We're telling other people about post-traumatic stress, traumatic brain injury, the invisible wounds and what is out there. It is a sign of strength, not weakness to come forward and get help for mental illness and whatever you're struggling with. There are people out there that can help you, but you need to come forward. We need to make sure we help people and not judge."

The Grahams said they are happy to connect with OSU's College of Social Work and Run Down the Demons to help break down the stigma of mental health issues.

"It's not just a military issue. It is on college campuses. Suicide is the second leading cause of death in college students, so what Ohio State is doing, is saving lives," said Carol Graham.

She said it is important to keep in mind depression or mental health issues can strike at any time and at any age.

"I was very suicidal after we lost Kevin to suicide," admitted Carol Graham. "Mark had a big career in the military and even though I had a master's in counseling, my main job had always been being a mom. I saw myself as a mother and I felt like a failure. The guilt and shame I carried. I actually contemplated suicide had it not been for the mental health care I got that saved my life."

The Grahams and Run Down the Demons share the common cause of stressing the importance of professional counseling when a person is having difficulty coping.

"One thing I've learned is everyone has a story. You don't get through life without trauma, without loss. Our prayer is that by openly sharing our story, it will open up someone else's story and when we come together and share each other's burdens, we can give hope to each other and strengthen each other."

"Don't be afraid to reach out. It's not a weakness," said Winter.

Other resources are available at Veterans Crisis Line, Run Down The Demons and National Alliance of Mental Illness.