Jim Stewart walks around in his living room. That sentence might not sound like much, but it does to him. 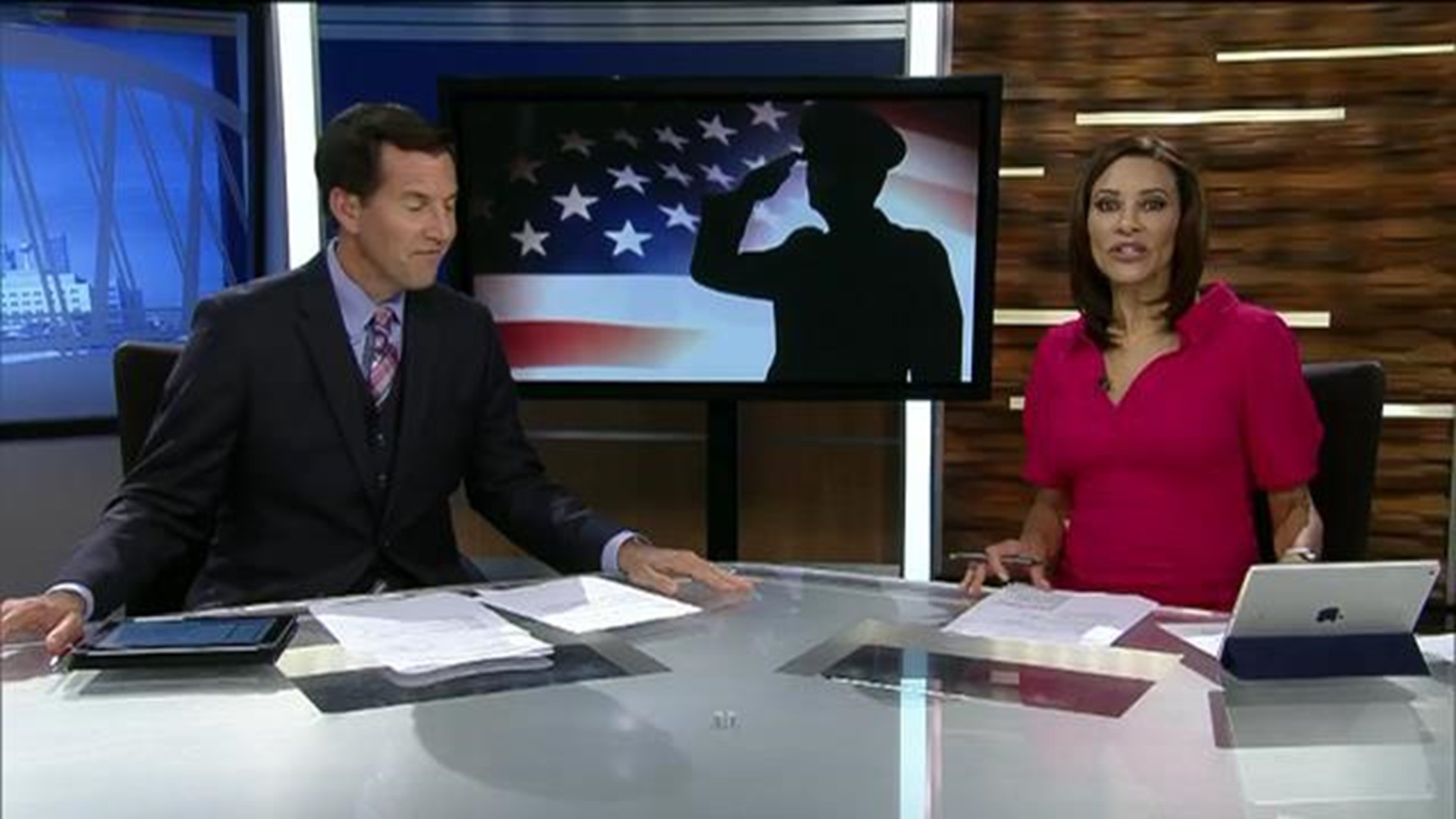 WORTHINGTON, Ohio — There's an old story about a young boy who walks up and down the shoreline trying to save starfish by throwing them back into the ocean.

Jim Stewart is a starfish.

"I'd been living in my car on-and-off for six years," he said.

"I pulled my car up under a tree because it was hot and the air conditioning wasn't working," he said.

A woman and her young son approached him. The young boy noticed the Purple Heart license plate on Stewart's car. Stewart is a former Marine who served four years including a tour in Vietnam.

"You know, it's really nice to know that there are people who care," he said.

The conversation that day lasted five hours. To this day, the friendship has lasted one year.

"I just couldn't leave because I didn't want to leave him in those conditions," Nicole Banks said.

"I said 'Sir, I just want to thank you for your service. I noticed your license plate. I'm a Marine and I appreciate what you went through to get that license plate,'" Banks said. "And he grinned at me and he extended his hand and he said 'I'm a Marine, too.'"

Banks served in the Marine Corps for four years as a military police officer.

Stewart asked for a lawn chair that laid back. He asked for his benefits from the VA and he wanted an air conditioner for his car, but for his 1996 Pontiac Bonneville, which was on its last leg, Banks was told it would be money better spent to buy a new car.

She took to Facebook to fundraise and in one month, raised $10,000. By late July, she spent $5,000 on a new car for Stewart. By August, Stewart moved in to his new Worthington apartment and, with help, he also worked out his needs with the VA.

"We call it, or at least I did; providential," Stewart said.

"Jim calls it providence," Banks said. "He thinks it was just providential. There have been so many things that have happened along the way that I cannot explain it any other way."

Stewart credits Banks. Banks credits the countless people she says worked with her from volunteers to politicians.

The encounter one year ago lead Banks to The Starfish Assignment, which is her non-profit that helps people with food, household goods and clothing.

Stewart himself is now involved to help other people who might be in similar situations.

Thursday, Stewart, Banks, her son Rohan and a handful of those who helped turn Stewart's life around met for lunch in Dublin to celebrate.

As for the story and the boy throwing starfish, after the man asked him how can he possibly make a difference, the boy bent down and gently tossed another starfish into the water and looked back at the man and said "I made a difference to that one."

"You don't want to get disheartened and know there's so much out there," Banks said. "So many bad things going on. You just do it for one and you're successful."

To learn more about The Starfish Assignment, and to learn how you can get involved, click here.