James Jarvis says his vaping business has recently been in a constant state of confusion. 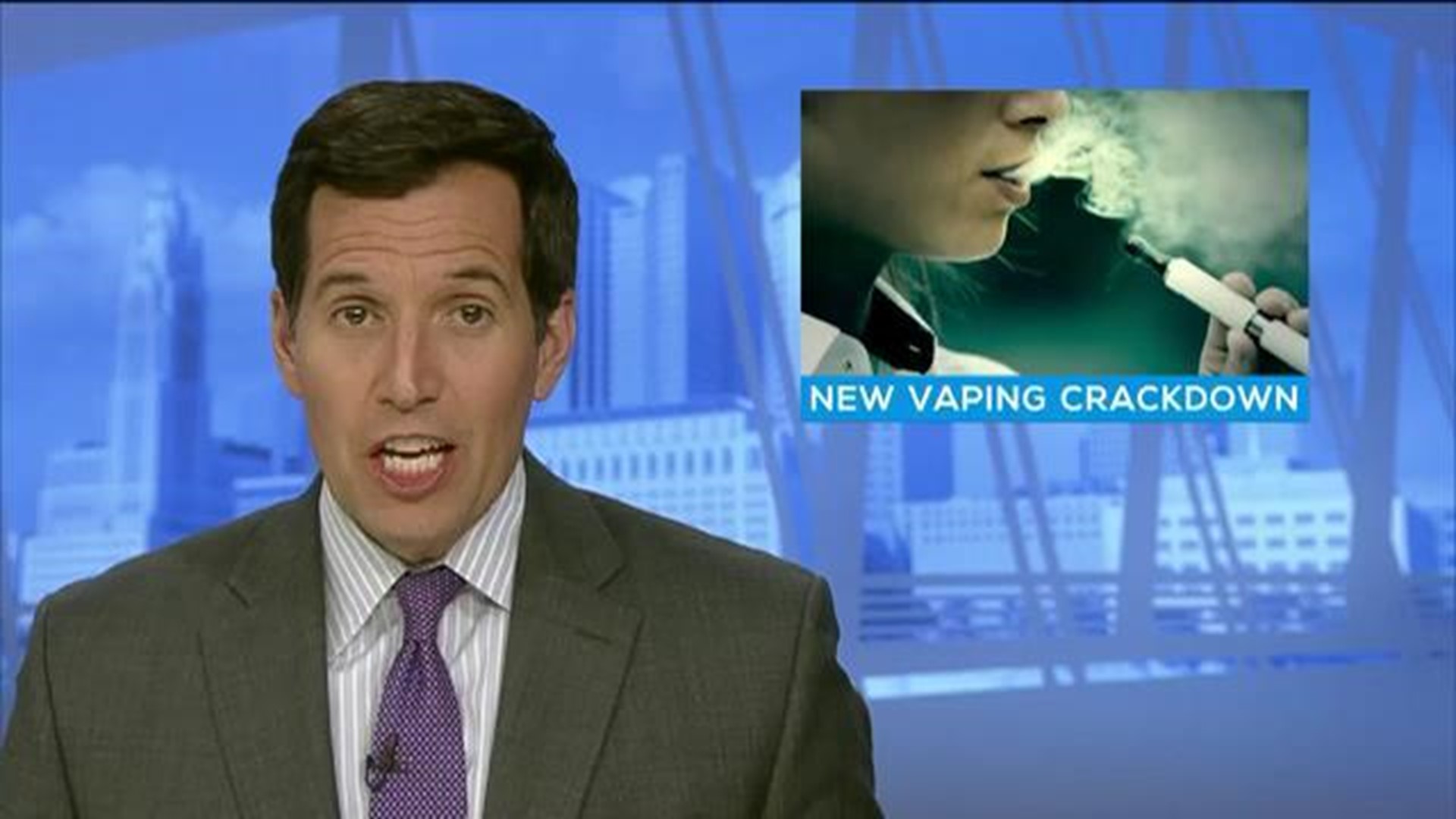 GAHANNA, Ohio — James Jarvis says his vaping business has recently been in a constant state of confusion.

"The last six weeks has been probably the most stressful of my life," he said. "Waking up every morning [and] wondering if I'm going to have a business."

In September, reports of vaping products causing serious breathing illnesses prompted President Donald Trump to push for a potential ban on the products, which led to an uncertainty that Jarvis, the president of the Ohio Vapor Trade Association, says caused 55 vape shops to close in Ohio including one of his that he closed up New Year's Eve.

In October, the legal age to buy tobacco and vaping products jumped from 18 to 21 years old, which took out a large portion of Jarvis' customers.

Thursday, for the first time in months, Jarvis took a sigh of relief.

Health officials are expected to ban certain products that are popular with teenagers but will continue to allow menthol and tobacco flavored e-cigs on the market.

Jarvis says in about 30 days, closed-pod systems, like Juul and Blu will no longer be available in certain flavors like fruit, candy, mint and dessert. However, those same flavors could be sold in the larger, open-tank vaping system.

Also, Jarvis says shops need to be mindful of marketing and not aim anything towards underage buyers. But, if the product is still out there, theoretically, he says those buyers could still get their hands on it.

"They could as long as the store is not doing proper identification or the website and I think that's where a lot of the problem's coming now," he said.

Jarvis says right now, it's too easy to purchase vaping products online. He says many products only require you to click to verify you're 21 years old. Then, you can shop, add to your cart and check out.

"[If kids] have a debit card, they click yes... we all know kids never lie," Jarvis said.

For Jarvis' shops, you have to take a picture of yourself holding an ID when you purchase, then when the item is delivered that ID is checked.

His worry is that years from now if teens are still able to get ahold of the vaping products that will mean more restrictions for those shops, like his, that are doing it by the book.

"The people that are doing it right are going to be the ones that get affected ultimately the most and that's unfortunate," Jarvis said.

Another thing Jarvis worries about is the Pre Market Tobacco Application process that manufacturers have to go through, which is a lengthy and costly process. He says if small businesses, like his, aren't given some sort of incentive it will force even more vape shops to close up in the state.