Local leaders come together to share message of peace

Saturday afternoon hundreds of protestors marched through downtown Columbus in a show of solidarity for two people shot and killed by police in Minnesota and Louisiana this month. 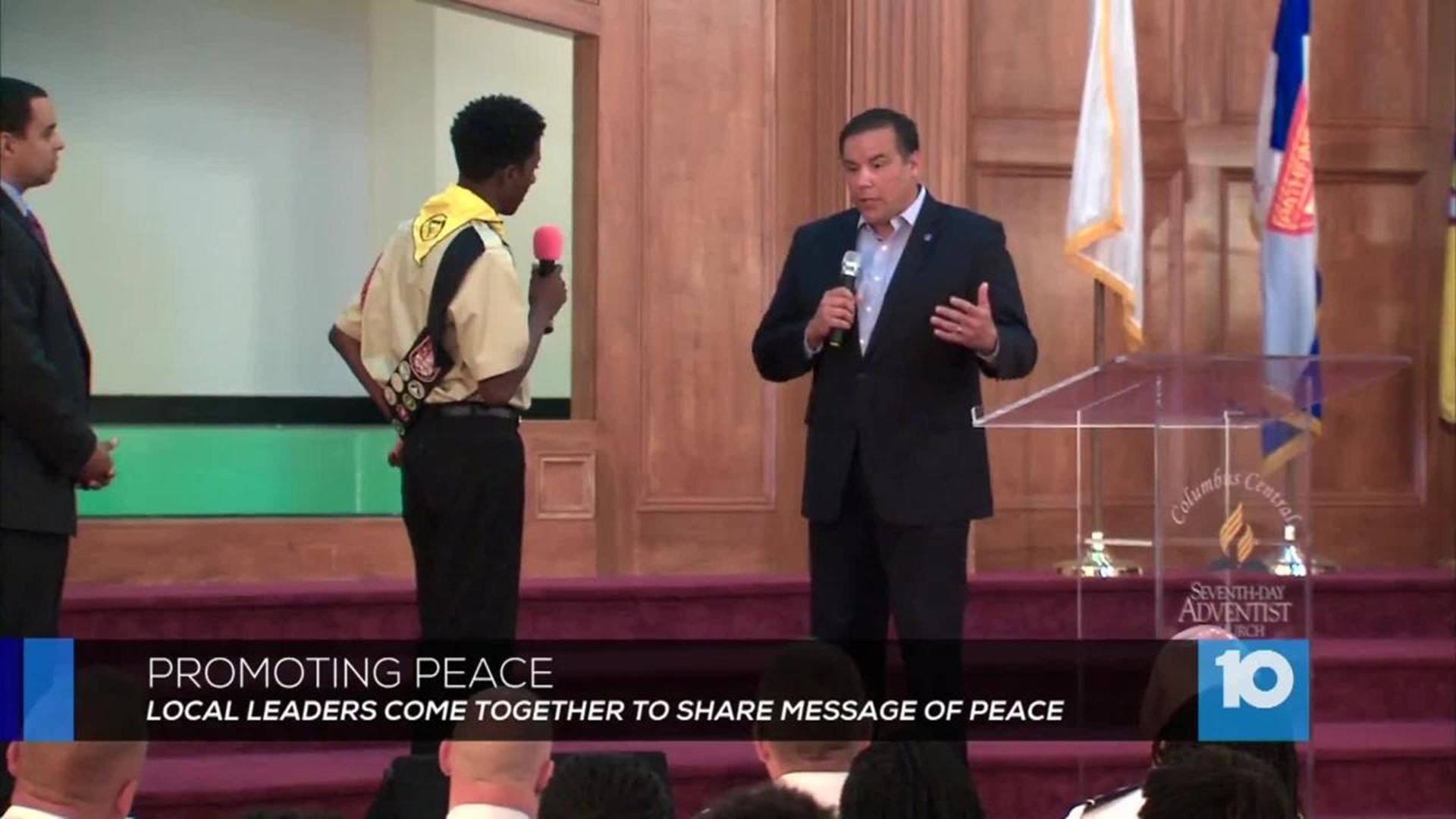 Saturday afternoon hundreds of protestors marched through downtown Columbus in a show of solidarity for two people shot and killed by police in Minnesota and Louisiana this month.

"Every person on this earth is a beloved child of God,” Mayor Ginther told the congregation.

The mayor and members of the Columbus Division of Police shared a conversation with young people who are members of Pathfinder, a leadership development initiative, and listened to their fears and concerns.

The mayor criticized what he described as easy access to assault rifles. He also said he's concerned about what he calls rampant violence targeting people simply for "who they are."

"Our society continues to devalue life and glorifies violence as the way we solve all of our disputes and problems,” Ginther said.

Columbus Police Deputy Chief Richard Bash urged the congregation to take the time to build a personal relationship with at least one officer who patrols their neighborhood, and urged young people to bring more diversity to the police force by joining it.

Mayor Ginther said it's critical to build on police community relations before the day comes those relationships are tested.

"We have been fortunate, not immune,” the mayor cautioned.

Mayor Ginther says police body cameras are an important tool for transparency and says the city of Columbus plans to begin equipping officers with cameras before the end of the year.