Members of the Ohio and Michigan Proud Boys, along with Bikers for Trump, carried flags and walked along Sawmill Road on Saturday. The Southern Poverty Law Center classifies the organization as a hate group. 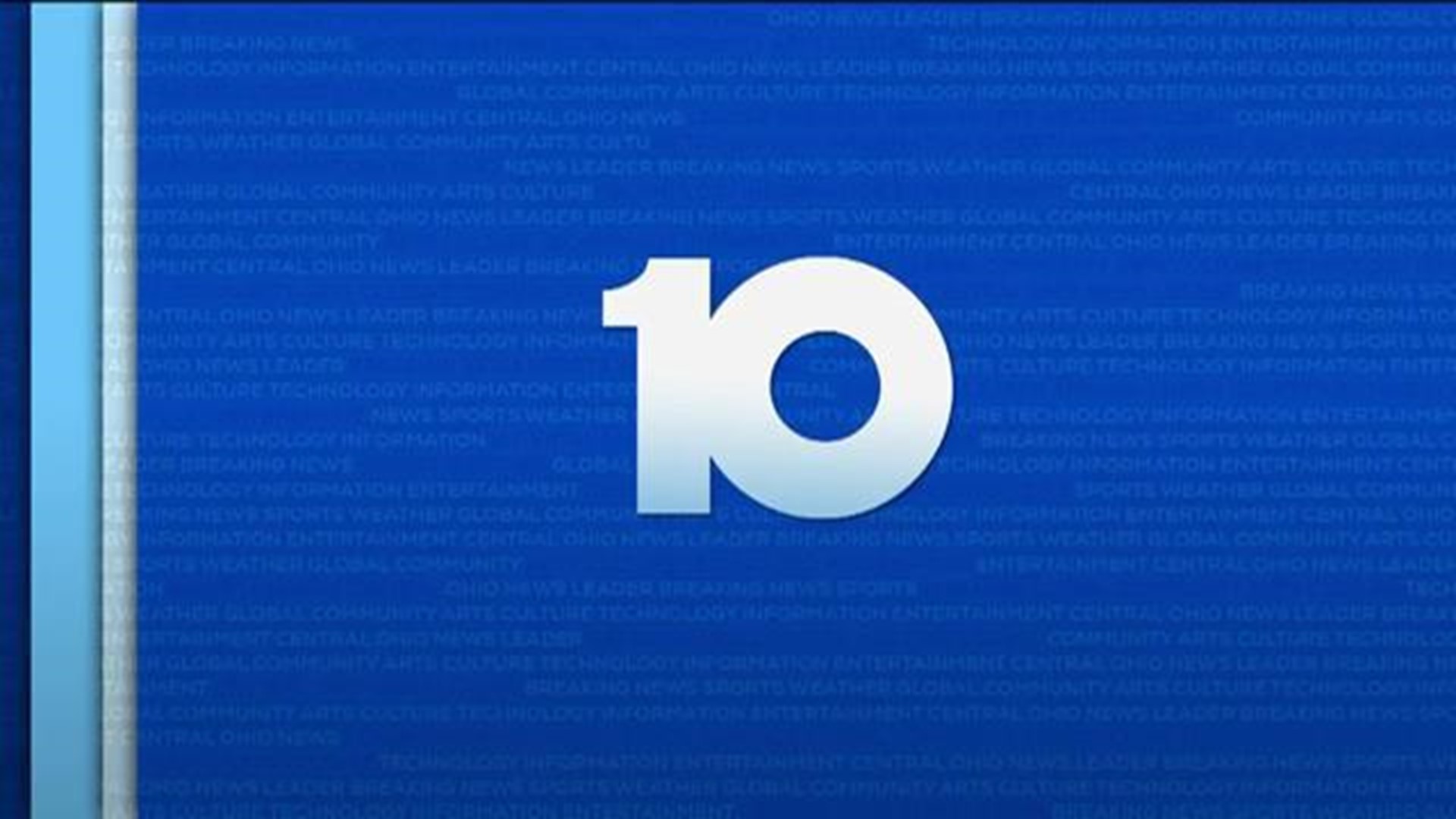 COLUMBUS, Ohio - They were bound to get noticed, and that was likely the point.

Around two-dozen members of the Proud Boys, along with Bikers for Trump, walked along Sawmill Road on Saturday, carrying various flags.

Pictures and video of that event quickly spread on social media.

One of the people who posted about it was State Rep. Beth Liston, a Democrat who represents Ohio's District 21, which covers Dublin and Worthington.

"I’m concerned," Liston said. "I don’t think this represents us as a community, so I wanted to make sure that people understood what the symbols meant, that they weren’t being intimidated, that they could see through the tactics that sometimes groups take to keep people silent about it."

Those symbols included the green flag of Kekistan, which was spotted at the Charlottesville rally.

The Southern Poverty Law Center describes it this way:

The “national flag of Kekistan” mimics a German Nazi war flag, with the Kek logo replacing the swastika and the green replacing the infamous German red. A 4chan logo is emblazoned in the upper left hand corner. Alt-righters are particularly fond of the way the banner trolls liberals who recognize its origins.

"If you’re marching with that flag, you have to own what it means, you know, be okay with that, and that does not speak well for the group and certainly doesn’t represent our community," Liston said.

The group also was carrying a black flag with the initials "PB" -- which stands for Proud Boys. The SPLC designates the Proud Boys as a hate group.

10TV reached out to the Columbus chapter of the Proud Boys. This is the full statement:

"Ohio and Michigan ProudBoys, along with Bikers For Trump, had a "walk" (march seems like something someone might say if they were trying to make this seem ominous), to promote America, President Trump, and Freedom. There was no "protest" as some say, we weren't protesting anything, quite the opposite, relishing America and our freedom.

We don't have a spokesman, per se, and anything we say will probably not counteract the narrative that is being falsely spun about us. It's funny how people will repeat what they hear, except when it actually comes from the people who are being accused of terrible things like hate and racism. ProudBoys are a nationalistic (America First), non-racist, non-homophobic, non-politically-correct group of men, yes men, it's a men's club, who promote family values, a love for America, support our President, and we like beer. We have multi-ethnic/racial members, there was even a Latino woman with us Saturday, she's in some of the pictures, but that doesn't seem to matter.

So apart from having to spend all of my time trying to refute all the lies being spread about us, I am not sure what I could possibly add to what I've said already.

It was a patriot flag waving event. No hate. All love. There was about a 20:1 positive:negative reaction to us, many cars honking and waving. We were polite to all. We support our police. We chanted "4 more years," "Trump's not that bad," and "USA!" and that's about it.

About 30 of us walked for about an hour and a half, it got hot, so we retired to have some frosty malted beverages."

"I am all for freedom of speech, but not freedom of hate speech," said Cynthia Cox Ubaldo, a local social activist. She made national headlines a few years ago when she hugged an anti-Islam protestor.

When she heard about Saturday's gathering, she drove by to see it for herself.

"It was during the day, bright light, there was no cross burning, they weren’t carrying torches in the darkness in a huge group, they were right out in the open where everybody can see them," she said.

And while she was quick to point out that the event was peaceful and that none of those involved were accused of breaking any laws, she was sad to see those views represented in the community.