Robert Schroeder said there was a time when Mayor Greg Fischer expressed a lack of trust in the police department. 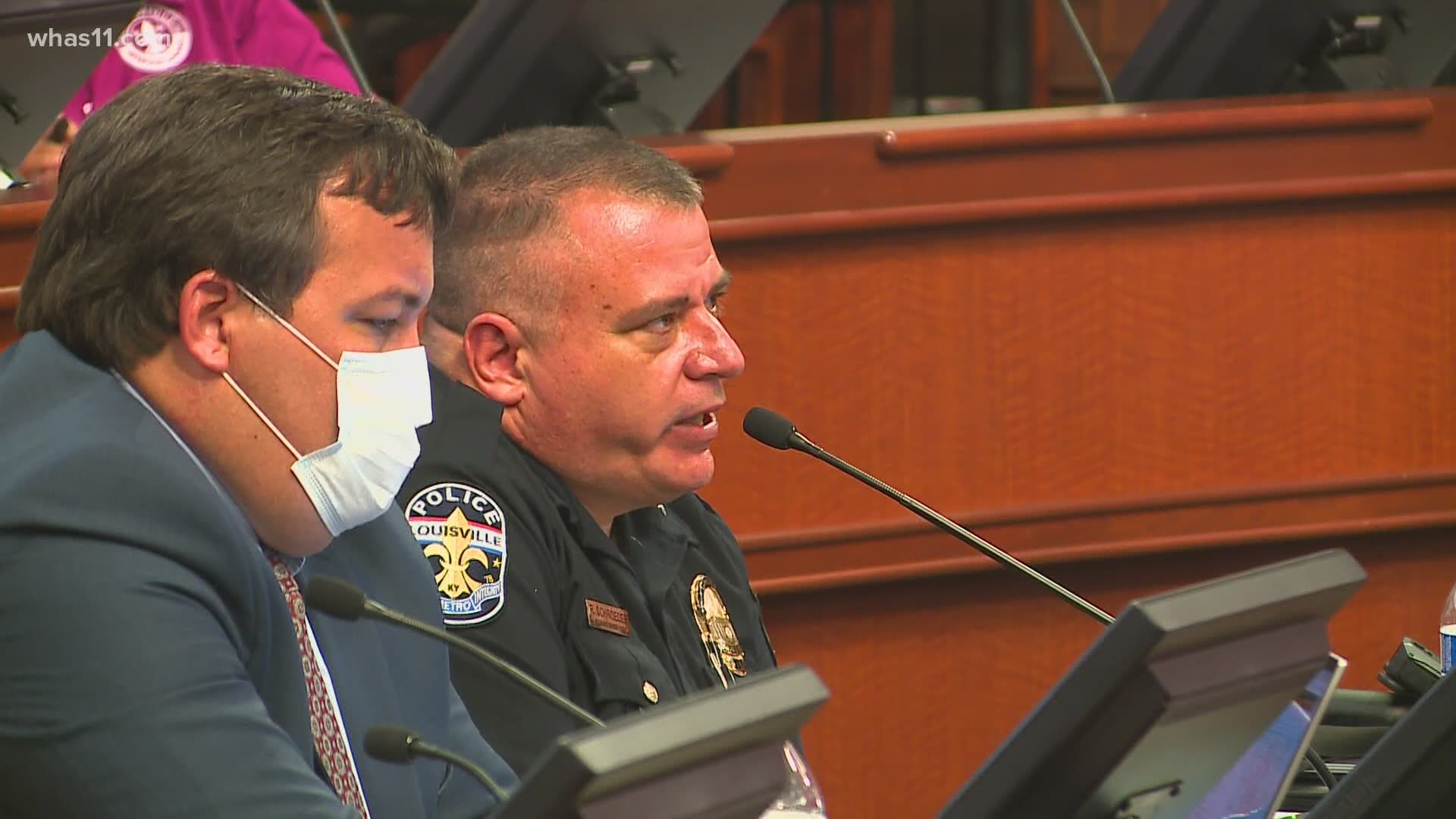 His testimony is part of the Government Oversight and Audit Committee's investigation into the Fischer administration's actions following Taylor's death.

Schroeder has refused to answer questions regarding former LMPD detective Brett Hankison or discuss any details regarding the death of David McAtee, a popular West Louisville barbecue business owner killed on June 1.

The interim chief did say there was a time Mayor Greg Fischer expressed lack of trust in the police department. He also said there have been communication issues between the department and Fischer's office throughout protests, but said they have gotten better.

Chief of Public Safety Amy Hess said the same thing during her testimony nearly two weeks prior. During the five hours of questioning and testimony, Hess said "mistakes were made," describing miscommunication between her, Fischer's office and LMPD.

LMPD Mjr. Paul Humphrey said there's been lots of confusion for officers on the streets about what orders or laws to enforce, and when to hold back.

"There’s been a lot of frustration on the part of the police department and the officers on the street about what direction to take, what stance to take, what lines are we going to enforce?"

LMPD Deputy Chief Yvette Gentry will serve as interim chief while the search continues for a permanent police chief.

RELATED: Suspect charged in connection to shooting of 2 Louisville officers

RELATED: 'The warrant was not served as a no-knock warrant,' Kentucky AG says