Planning your Fourth of July weekend, but not sure where to start? 10TV has compiled a list of Independence Day celebrations throughout central Ohio. 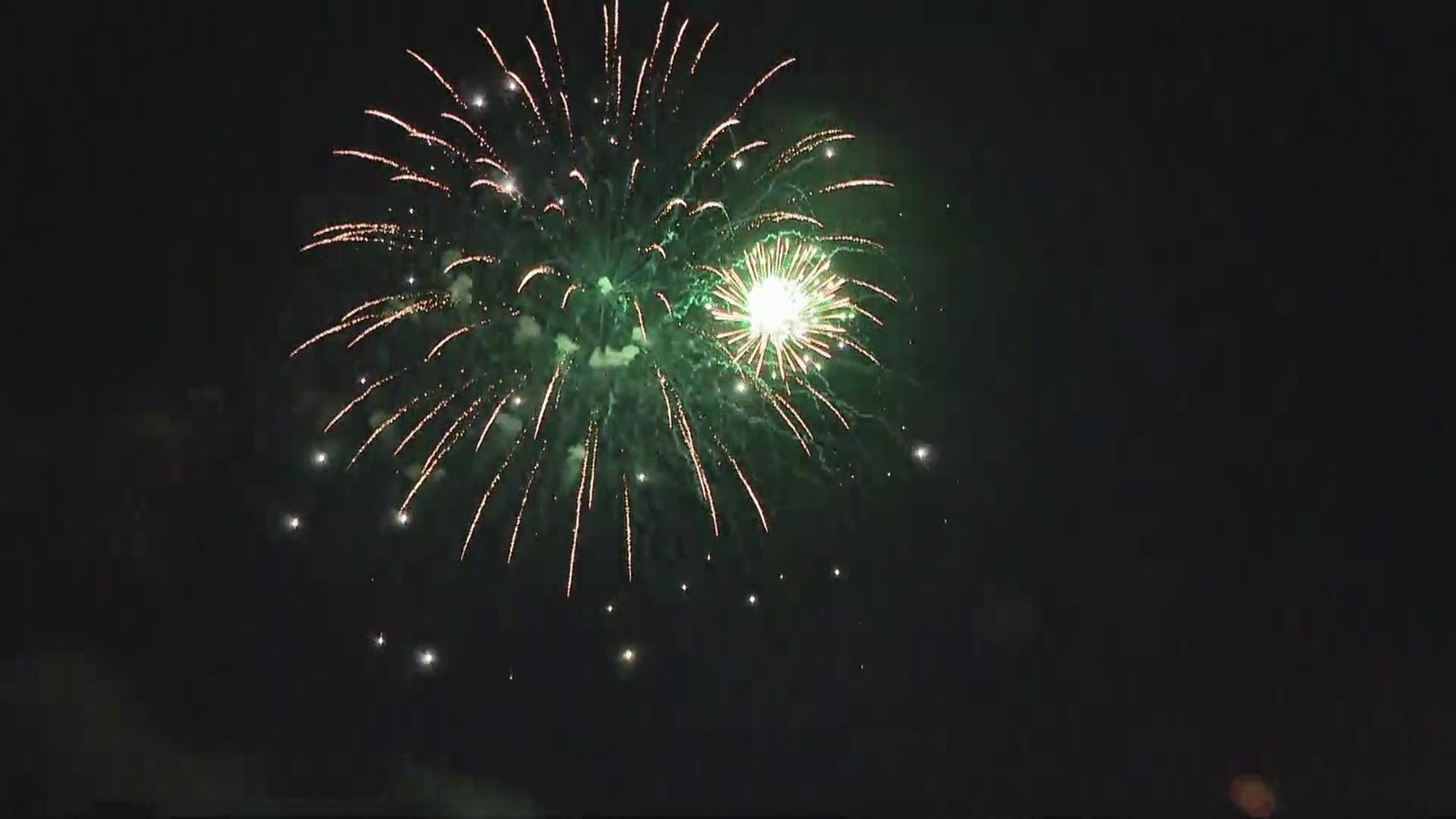 COLUMBUS, Ohio — As the official start of summer nears, many have already begun planning how to get the most out of the season -- and that includes figuring out where to catch a fireworks display come Fourth of July weekend.

Several communities throughout central Ohio have announced the return of their Independence Day celebrations. You can watch Dublin's firework display live in the player above.

You can find a growing list of fireworks displays, parades and more below:

Ashville: The city’s Independence Day events will span five days, with a fireworks show wrapping up the celebration at 10 p.m. on July 4.

Bucyrus: The Bucyrus Bicentennial Weekend kicks off, featuring a weekend of live music, food, a parade, and more. Fireworks are set to take place beginning at 9 p.m. Saturday.

Chilicothe: Independence Day celebrations begin July 2, and are set to last through the weekend. Events include a Red, White and Blue Ice Cream Social, barbeques, and fireworks, with the first show set to take place Monday beginning at 10 p.m.

Grove City: Fireworks are set to start at 9:45 p.m. and can be viewed from Murfin Fields.

Coshocton: Fireworks to take place at the Coshocton County Fairgrounds, with times being updated at a later date.

Gahanna: Fireworks will be held at 10 p.m. at the Gahanna Municipal Golf Course.

Groveport: The Fourth of July Parade begins at 11 a.m.

London: The Independence Day Parade takes place at 11 a.m. and will wind through downtown, followed by fireworks at 10 p.m.

Marion: Events run throughout the day at the Marion County Fair, ending with fireworks at 10 p.m.

Ostrander: A parade begins at 10 a.m. with fireworks taking place at dusk

Pickerington: The city’s parade is set to begin at 10 a.m.

Bexley: Independence Day celebrations begin at 8 a.m., with evening events and fireworks kicking off at 6 p.m.

Cambridge: Fireworks kick off at 10 p.m. at Cambridge City Park.

Delaware: Events kick off with a parade, beginning at 3 p.m., followed by a concert at 7:30 p.m., and fireworks to take place at 10 p.m. Fireworks can be viewed along Henry Street, Sandusky Street, and at the Ohio Wesleyan University athletic practice fields.

Gahanna: The city’s Independence Day Parade will start at 1 p.m. at Clark Hall.

Logan: Fireworks to take place at the Hocking County Fairgrounds.

Plain City: The Fourth of July Parade begins at 2 p.m. in Pastime Park.

Upper Arlington: Party in the Park begins at 5:30 p.m. and will be held at Northam Park as usual, though the city has implemented measures to manage crowds this year with safety in mind. Fireworks will take place beginning at 10 p.m.

Lancaster: Independence Day events, including a parade, take place throughout the day, concluding with fireworks at 10 p.m.

Mechanicsburg: The parade begins at 2 p.m., winding to Goshen Park, where food vendors and other activities can be found. Fireworks begin at 10 p.m.

Note: This year’s Red, White & Boom will not take place around Independence Day. Organizers and the city are still determining when to host the event at a later date.

This story will be updated as more celebrations are announced.