The limo has been removed from the person's driveway. 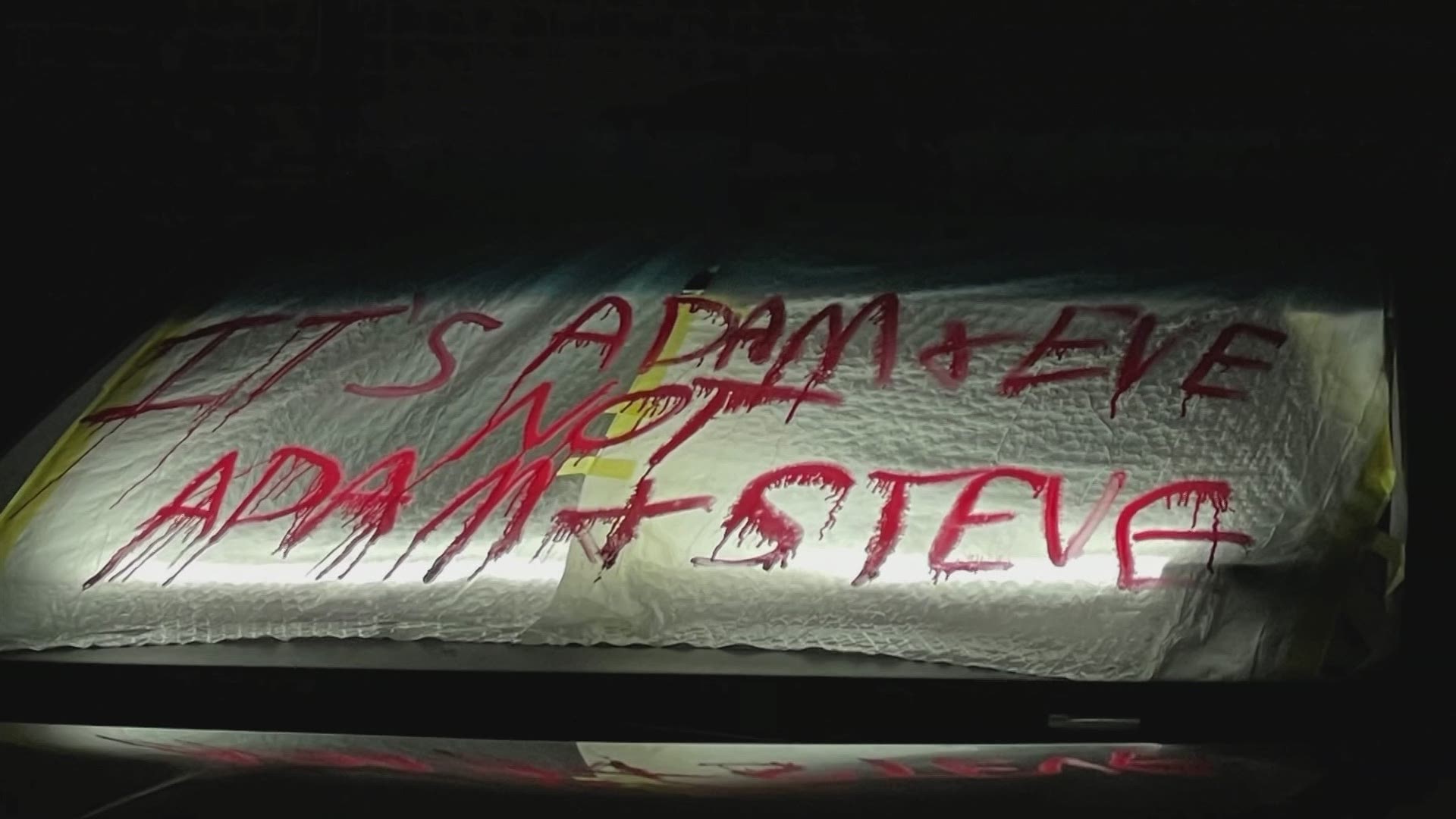 COLUMBUS, Ohio — Neighbors in a Columbus neighborhood are pleased that a limo was removed from their neighborhood which had what they call an offensive message written on the windshield.

The Homeowners Association President of the neighborhood Matt D’Oyly said he began receiving messages about the limo nearly two weeks ago when he was out of town.

“It said ‘It’s Adam and Eve not Adam and Steve’ written in kind of in a red blood looking paint,” said D’Oyly. “As somebody that’s part of the LGBTQI community, just having to wake up and see that every morning is hard.”

D’Oyly said police were called to the neighborhood, a cease and desist was filed and the neighbor was given 10 days to remove the limo.

Friday morning D’Oyly said the limo was moved. He’s hoping this sparks a bigger conversation about acceptance in all places.

“The immediate is gone, but it’s good to know that we can continue this conversation and I hope it does continue to spark some conversation,” D’Oyly said.

He started the conversation about inclusion online when he posted the incident on Facebook, gathering hundreds of comments, shares and likes.

Stonewall Executive Director Densil Porteous released a statement about the incident saying, “there may be no true legal recourse in this moment, but what we have seen, time and again, is how a community can come together to ensure change happens and sometimes corrective actions are taken.”

The neighbor who had the limo in their driveway responded to questions about the incident.

They said “I overacted and took a cheap jab that I greatly regret. I’ve since corrected the situation. Sorry to those that I have offended and/or hurt with this display.”

The neighbor said the act stemmed from an ongoing feud between neighbors over HOA policies and fines.