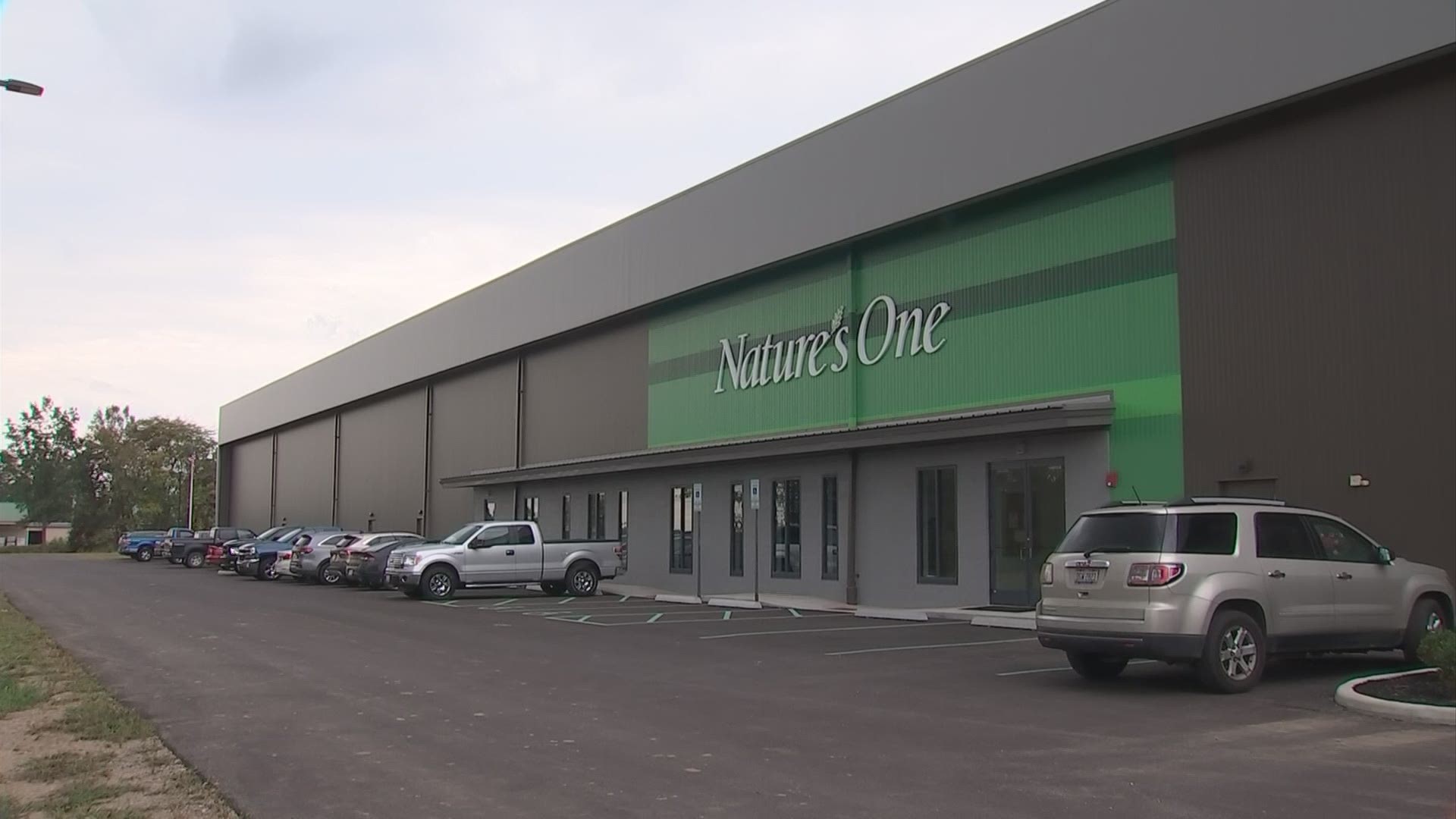 At a time when COVID-19 has decimated Ohio’s job market, one area of Central Ohio continues to hum along.

Inside the 350-acre industrial park of the Licking County Port Authority sits 20 businesses. Four of them are plant-based food processors.

These are companies that turn plant-based products into things like fish, protein bars and baby formula.

“We are the first organic baby formula introduced in the United States back in 1997,” says Jay Highman CEO and Founder of Nature’s One.

His company and others are marketed their products domestically and internationally.

“We are one of the few companies approved from the United States to sell into China,” he said.

GB Foods Inc. is another company that's made Licking County home. It manufactures soy crisp, to markets in Japan and Australia.

“So a finished product would be a granola bar or a protein bar or meal replacement bar,” plant manager Keith Dillon said.

For Dillion, this isn't just a job, it's a job close to home.

“I was born and pretty much raised here in Licking County,” he said.

And the companies that land here pay their employees well. Some make over $80,000.

“In terms of the jobs in this area, we are one of the top-paying certainly the top 75%,” Dillion said.

As more people look to eat clean, the Licking County Port Authority says it's ready to meet the demand and for a city like Heath it gets 2% of the $118 million of income tax generated from this site.

“The corridor that we are standing in is the largest manufacturing corridor in Central Ohio there's no way to define it,” Rick Platt, President and CEO of Heath-Newark-Licking County Port Authority, said.

Platt says it’s the diversification of industry at the Industrial Park that allows Licking County to avoid major downturns in the economy.

“In the middle of this campus we've got defense and energy testing labs, metals and life sciences food has been the emerging trend,” Platt said.

Companies that move here credit inexpensive land prices and ready to move in warehouses along with significant tax breaks as reasons they chose to move.

Nature's One is already planning to expand and hopes to have 100 employees in the next five years.

“It's a friendly place to start a company,” Highman said.

Despite the concerns over COVID-19, not one of the companies deemed essential missed a day of production.