Battalion Chief Joe Richard is on leave and under internal and criminal investigation. 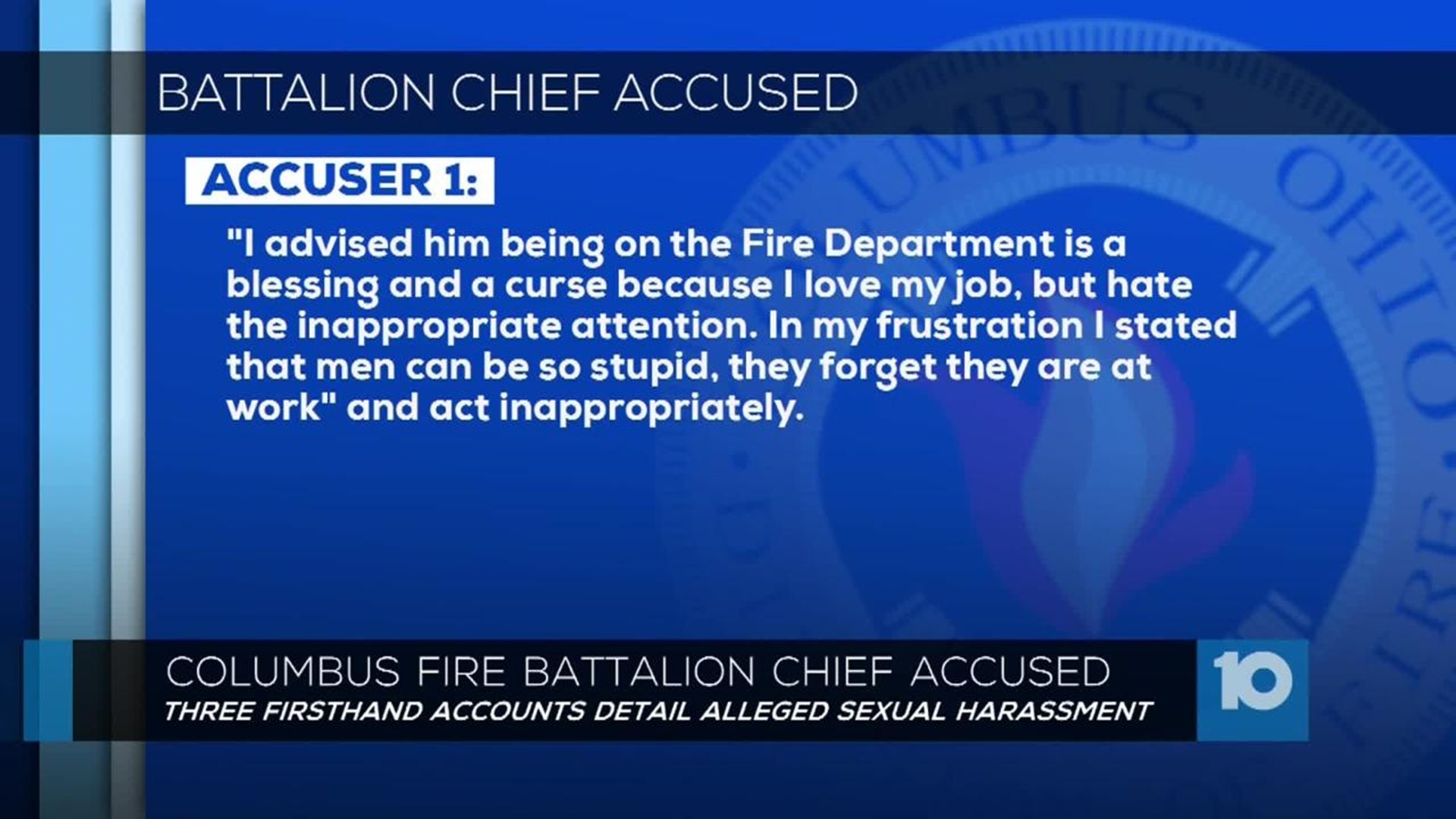 Letters obtained by 10TV that were written by women accusing a top Columbus Fire official of on-the-job misconduct are giving a clearer picture of the allegations that have him under investigation.

Battalion Chief Joe Richard is on leave, after allegations of sexual harassment from multiple women in the Columbus Division of Fire.

Of the three letters, two of them go into detail, citing specific incidents they say left them feeling harassed, embarrassed and uncomfortable.

One says with Richard, she "often experienced":

She describes an incident where he came into her office, closed door behind him, took a seat and "just stared at me. I asked him, 'How can I help you, Chief? And then... more silence. He continued to watch me in silence. I wasn't comfortable with him closing the door, I was more uncomfortable now that he was just staring and not speaking."

"I advised him being on the Fire Department is a blessing and a curse because I love my job, but hate the inappropriate attention. In my frustration, I stated that men can be so stupid, they forget they are at work."

"He stated, 'Yes, but you women make it very difficult with us because you have 'that' and he pointed between my legs at my private area."

"He stated that women can have anything they want because they have 'that.' Feeling embarrassed, insulted, harassed and extremely uncomfortable, I replied in frustration that most of us women just want to come to work and do our jobs."

A second women says almost every time she saw Richard, "he told me how pretty I was."

In one incident, she says, "We talked about upcoming plans, I explained... the most exciting thing I have coming up was a hair appointment."

"(Battalion Chief) Richard asked if I had ever done a red color. I said no. (He) then said, 'I'd leave my wife for you if you had red in your hair.' I gave him a weird look. He quickly said, 'Oh that probably came out wrong. What I meant is red would look really good on you.' I don't remember much else from this conversation other than wanting to get out of his office as I felt uncomfortable."

Later, she says she told him, "You need to be careful about what you say to women because it can easily be perceived as something you may not want it to be."

She says, "(His) eyes got big as if he seemed shocked that I took his behavior that way. (He) apologized by saying, 'I'm so sorry... I never meant for it to come out that way.'"

Columbus Police say they are investigating a possibly criminal allegation against Richard made by a female co-worker.

Richard would only tell 10TV he is "shocked and devastated" by these allegations.

He is on paid leave, barred from setting foot on any Columbus Fire property.