Despite a difficult year, graduates on Monday said the training they received has prepared them to make a difference. 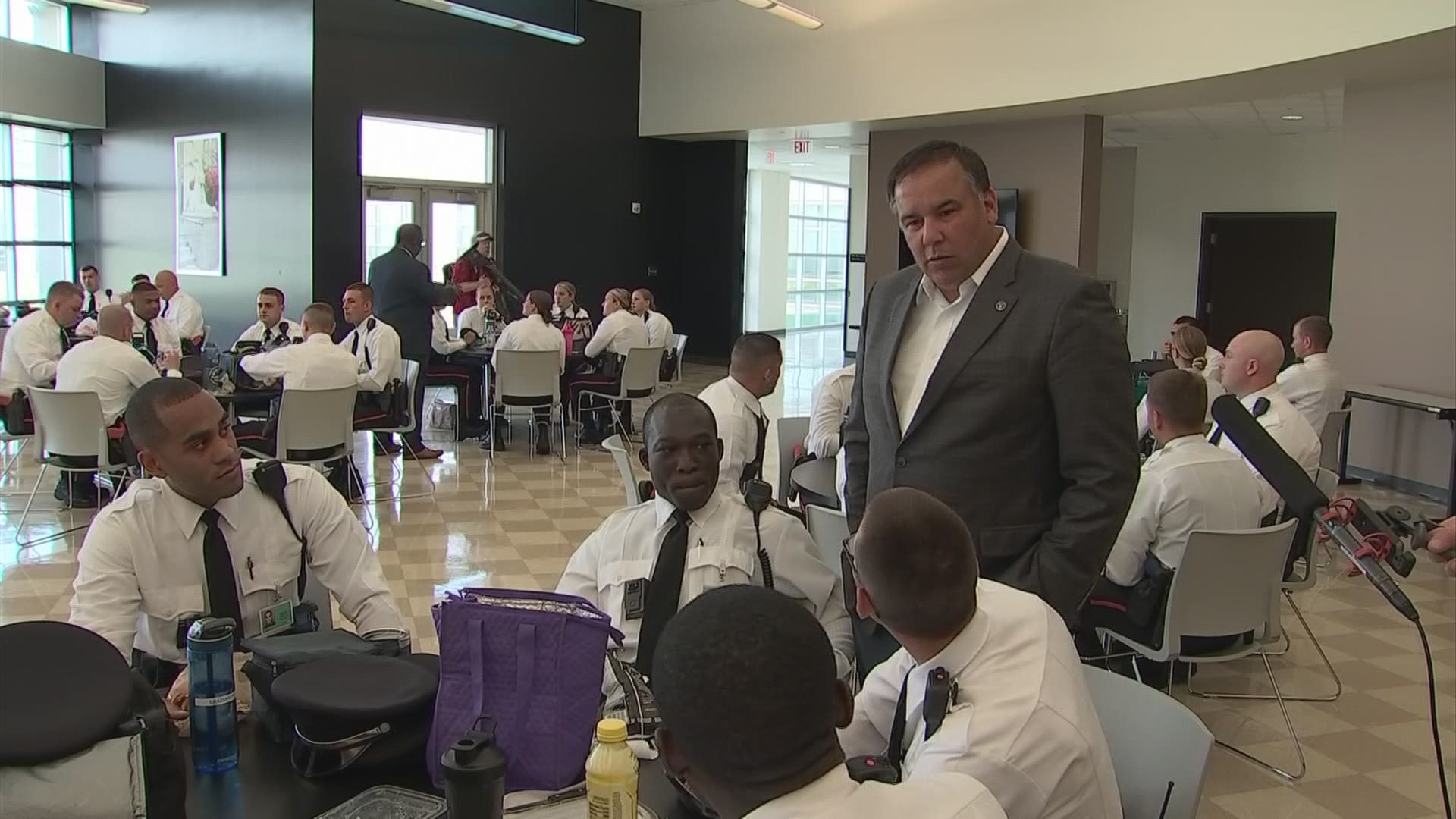 Columbus Mayor Andrew Ginther and other city leaders spoke with a new set of Columbus police recruits on Monday ahead of their graduation.

It's been a tumultuous year surrounding the division; one filled with investigations into use of force and efforts at reform.

Just last week, three Columbus police officers were charged for alleged misconduct stemming from protests last summer in the wake of George Floyd’s death. Back in April, Mayor Ginther requested a review from the Department of Justice into the Columbus Division of Police, just weeks after an officer shot and killed 16-year-old Ma’Khia Bryant.

Most recently, Ginther appointed Elaine Bryant as the division’s new chief of police. Bryant has already made some of her plans for the department clear, including how she hopes to rebuild trust between officers and the community.

Despite a difficult year, soon-to-be graduates on Monday said the training they received has prepared them to make a difference.

“For me, it’s a challenge,” said Xavier Story, a recruit set to graduate. “It’s a challenge to see the change that we wish to see and coming here to Columbus, the Division of Police, here, their training is phenomenal.”

Department of Public Safety Director Ned Pettus was also in attendance to speak with the grads.

Graduation is set for July 16. The city’s next recruiting class has already started at the training academy and will graduate in January.

RELATED: Protests, police, and reform: A look back at the past year