In 2017, Mike Sewell passed away unexpectedly at 59 years old. 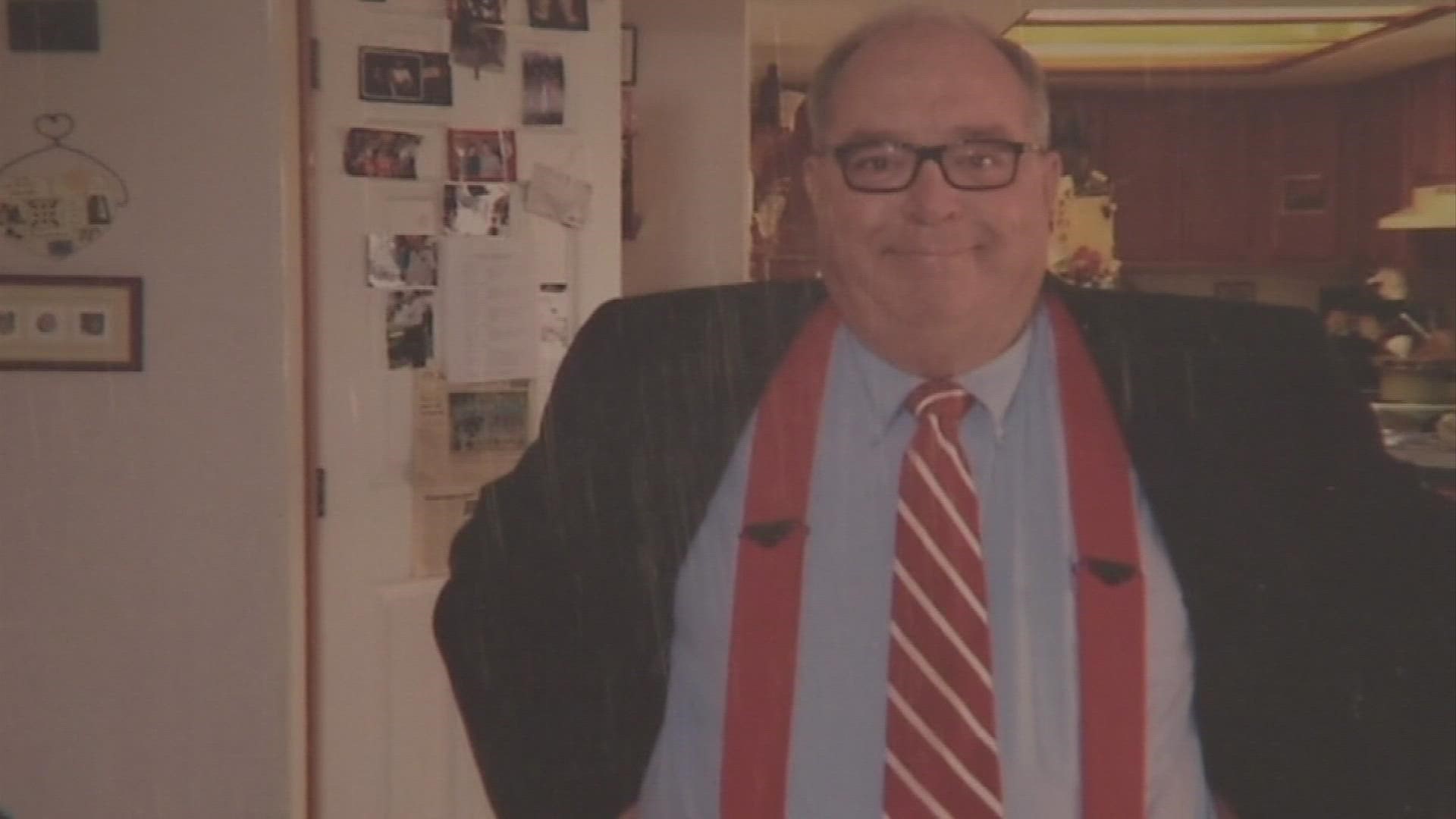 PICKERINGTON, Ohio — The greatest gift you can give someone is your time.

In the stands at the Pickerington High School Central football field is where they spent a lot of time. Karen and Mike Sewell.

“[A] lot of Friday nights here, yes,” Karen said. “He was a teacher who went beyond being a teacher. [The] best description I know…somebody who genuinely cared about every student.”

Mike was a teacher and a marching band director. To Karen, he was hers.

They were married for almost 38 years. Their honeymoon was spent in California watching the Buckeyes in the Rose Bowl and watching the Tournament of Roses Parade.

“And he leaned over to me and said ‘I’m going to have a band in this parade’ and I’m [like] ‘Right, honey, sure’, you know,” Karen said laughing.

Mike went to the Rose Parade four times with marching bands from Pickerington.

What do you expect for a man who lived by the saying “Go Big or Go Home?”

Then, in 2017, Mike Sewell passed away unexpectedly at 59 years old. Thousands of people attended his services.

“We’ve got to capitalize on this, there’s more,” Karen remembers thinking. “There’s more we’ve got to keep going. How can we help that spirit keep going?”

The Michael D. Sewell Memorial Foundation was established. This year, Mike Sewell will once again be an inspiration at the Tournament of Roses Parade.

“You don’t get any bigger than the Rose Parade, right,” Karen said laughing.

“I’m the chief cat-herder, if you will,” Jon Waters said.

Waters, who is The Ohio State University’s former marching band director of 13 years, knew Sewell. So did Janelle Guirreri.

“I forget how old I was exactly, but [I was in] fifth grade,” she said.

Guirreri is a former student of Sewell. She is now an elementary music teacher in Pickerington.

“[Sewell] really orchestrated a big movement that band is a community,” she said. “And, as a community, we give back to those who gave to us.”

Waters will be directing almost 300 band directors from all over the country. They have the summer and fall to learn the music, but they won’t meet up until Dec. 29.

“And between then and New Year’s Day we are going to take a group of people who’ve never marched or played together and perform in the world’s greatest parade,” Waters said. “No pressure,” he continued with a smile.

The float, Saluting America’s Band Directors, is currently under construction. The float’s band instructor bears a striking resemblance to the float’s inspiration.

The greatest gift you can give someone is your time. And, even in loss, it’s worth remembering time marches on.