Tuesday's Mega Millions jackpot stood at an estimated $625 million by early evening. And, for the time being, Wednesday's Powerball sits of $550 million. 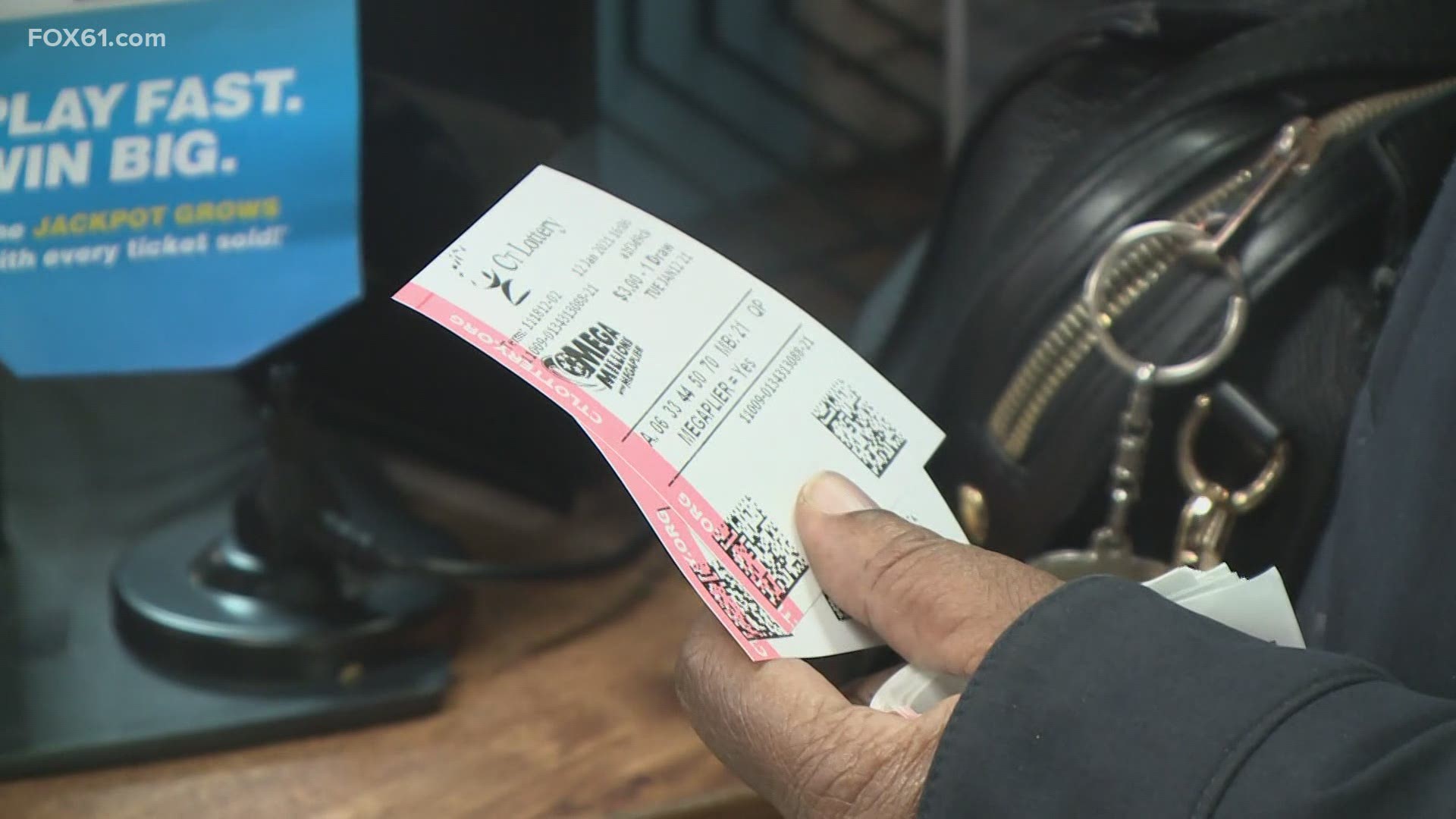 CONNECTICUT, USA — With over $1.1 billion up for grabs on back-to-back nights, Connecticut's lottery terminals were humming Tuesday.

And, if you're looking to improve your odds, Krauzser’s convenience store, on Middletown Avenue, in North Haven, is a  place you might consider frequenting.

Tuesday's Mega Millions jackpot stood at an estimated $625 million by early evening. And, for the time being, Wednesday's Powerball sits of $550 million.

"I just bought the winning Mega Millions and Powerball jackpot-winning tickets," said Stephanie Sparks, of Hamden, who was wearing a bright smile. "I’ll see you guys when I’m at the lottery headquarters to cash in my tickets."

"It’s about time somebody in Connecticut get some because you know what they keep giving it all away to the other states," Smith said.

She's right. There has never been a singular Mega Millions winner in Connecticut. And the last time a solo Powerball jackpot-winning ticket was sold here in Connecticut was June of 2012 when there was a $60 million winner sold in Seymour.

Whether they sold the winning ticket for $10 million or $500 million, the Krauzser's owner says they would receive the same commission, which is $100,000.

The last time the combined Mega Millions and Powerball jackpots have been this high was in October 2018, when they were worth $1.5 billion.