The private dinner at Cooper's was part of a bigger event called the “Office Super Fan Festival” that's drawn hundreds of fans to Lackawanna County. 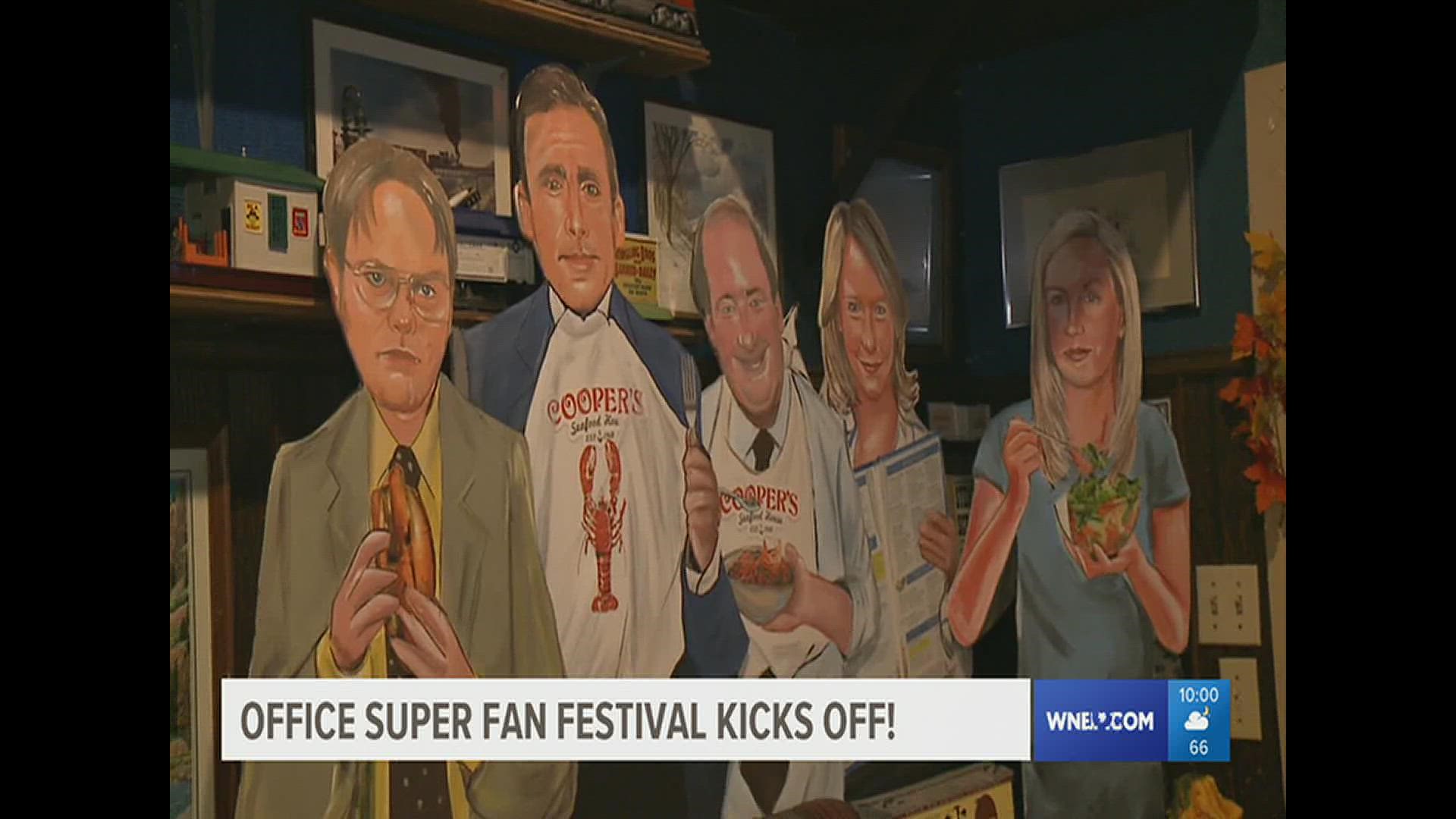 LACKAWANNA COUNTY, Pa. — Inside the lighthouse room at Cooper's Seafood House in Scranton, the people here could be described as the ultimate fans of "The Office".

They shelled out $250 for a private sold-out dinner and a meet and greet with the actors on the show which portrayed a fictional paper company in the Electric City run by Michael Scott, played by Steve Carell.

That included actress Jackie Debatin who had a brief stint on the show.
She says The Office is capturing new fans through re-runs.

“That's right,” said Debatin. “My niece and my nephew now watch it and they were like little when I taped it. And now they're all grown up and they watch, their friends watch it in college. It's just really run for me.”

This private dinner was part of a bigger event called the “Office Super Fan Festival” that's drawn hundreds of fans to Lackawanna County.

“It's going to be busy here tonight because once people catch on to what's going on, they'll be outside in the windows. They'll be in the parking lot, so it's definitely cool for Cooper's because it definitely brings in the attention of the crowd,” said Strelacki.

Earlier in the day, Office fans could be entertained at The Circle Drive-in in Dickson City.

They could take part in a question-and-answer trivia game and browse Office-themed gifts sold by vendors.

The actor who played Stanley Hudson is expected to join on Saturday.