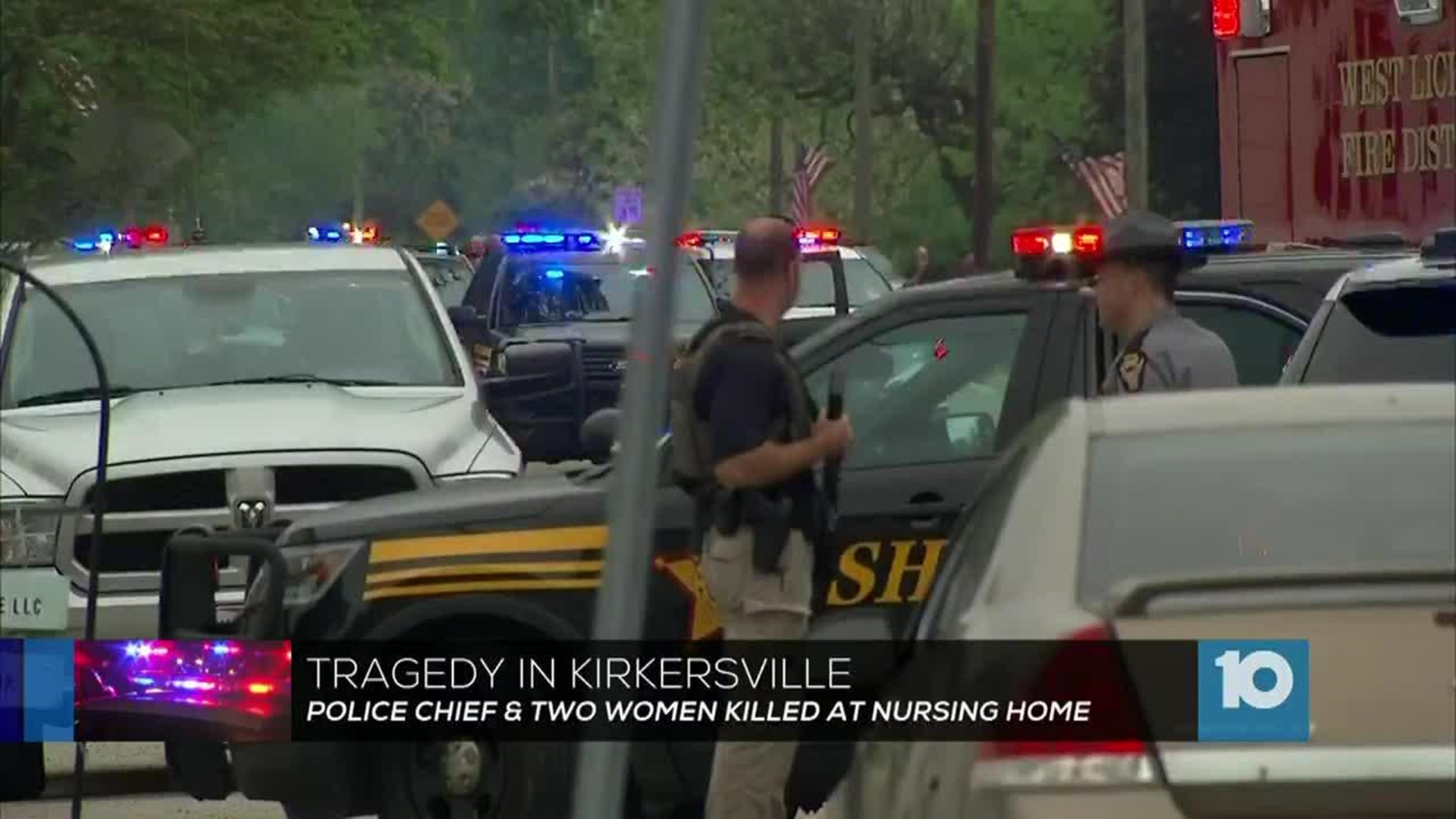 What we know about the shooting in Kirkersville:

Four people are dead, including the gunman, in a shooting in Kirkersville Friday morning.

Authorities said the gunman shot and killed Kirkersville Police Chief Steven DiSario and two employees at the Pine Kirk Care Center. The center is about five miles west of Hebron in Licking County.

According to Licking County Sheriff Randy Thorp, Chief DiSario was dispatched to the 200 block of East Main Street on the report of a man with a gun.

Chief DiSario reported he had the suspect in sight over the radio, according to Sheriff Thorp.

“I can only assume he engaged the subject,” Sheriff Thorp said. “I don’t know if there was an exchange of gunfire.”

Sheriff’s deputies were called to the scene as backup when discovered DiSario’s body outside of the center and removed him from the scene.

Sheriff Thorp said deputies entered the center and found three deceased people, one being the gunman.

The gunman was identified as 43-year-old Thomas Hartless.

The two employees were identified as Cindy Krantz and Marlina Medrano. Investigators confirmed a relationship between Medrano and Harless but would not elaborate.

Authorities said there were 23 residents in the nursing home at the time of the shooting. All residents were removed and taken to area hospitals. There were no additional reported injuries.

Sheriff Thorp said it is unknown how the shooter got into the building as it is typically secured. Authorities did not have any information on the weapon used by the gunman or how many shots were fired.

Chief DiSario, 36, had only been on the job for three weeks, according to officials. DiSario had five children and a sixth on the way.

“We’ve lost a police officer,” Sheriff Thorp said. “The only peace of mind is the threat is over.”

Authorities said there is no longer an active threat to the community.

Kirkersville Elementary went on lockdown after a report of an active shooting in the area. The school will remain closed for the day. All students have been evacuated from the school.

Parents of children who were en route to the school at the time of the lockdown can pick them up at Watkins Middle School, according to a Southwest Licking Schools official.

East Main Street in downtown Kirkersville is shut down and will remain closed for the remainder of the day, according to the Ohio State Highway Patrol. Fifth Street and Hamilton is also closed.

Gov. Kasich has ordered all flags be flown at half-staff at all public buildings in Licking County and at the Ohio Statehouse through sunset on May 16 to honor the lives lost.

“In honor of the lives lost in the senseless acts of violence perpetrated on May 12, 2017 in Kirkersville, Ohio, I hereby proclaim, by the authority vested in me as Governor of the State of Ohio by the Ohio Constitution and the laws of the United States of America, that the flags of the United States of America and the State of Ohio shall be flown at half-staff upon all public buildings and grounds throughout Licking County and at the Ohio Statehouse effective immediately through sunset on May 16, 2017.”

Stay with 10TV and refresh 10TV.com for updates on this breaking news situation.