Kids as important as celebrity clients for Minnesota barber

A young man's troubled past led to a wake-up call. Now he's giving back and seeing tremendous success. 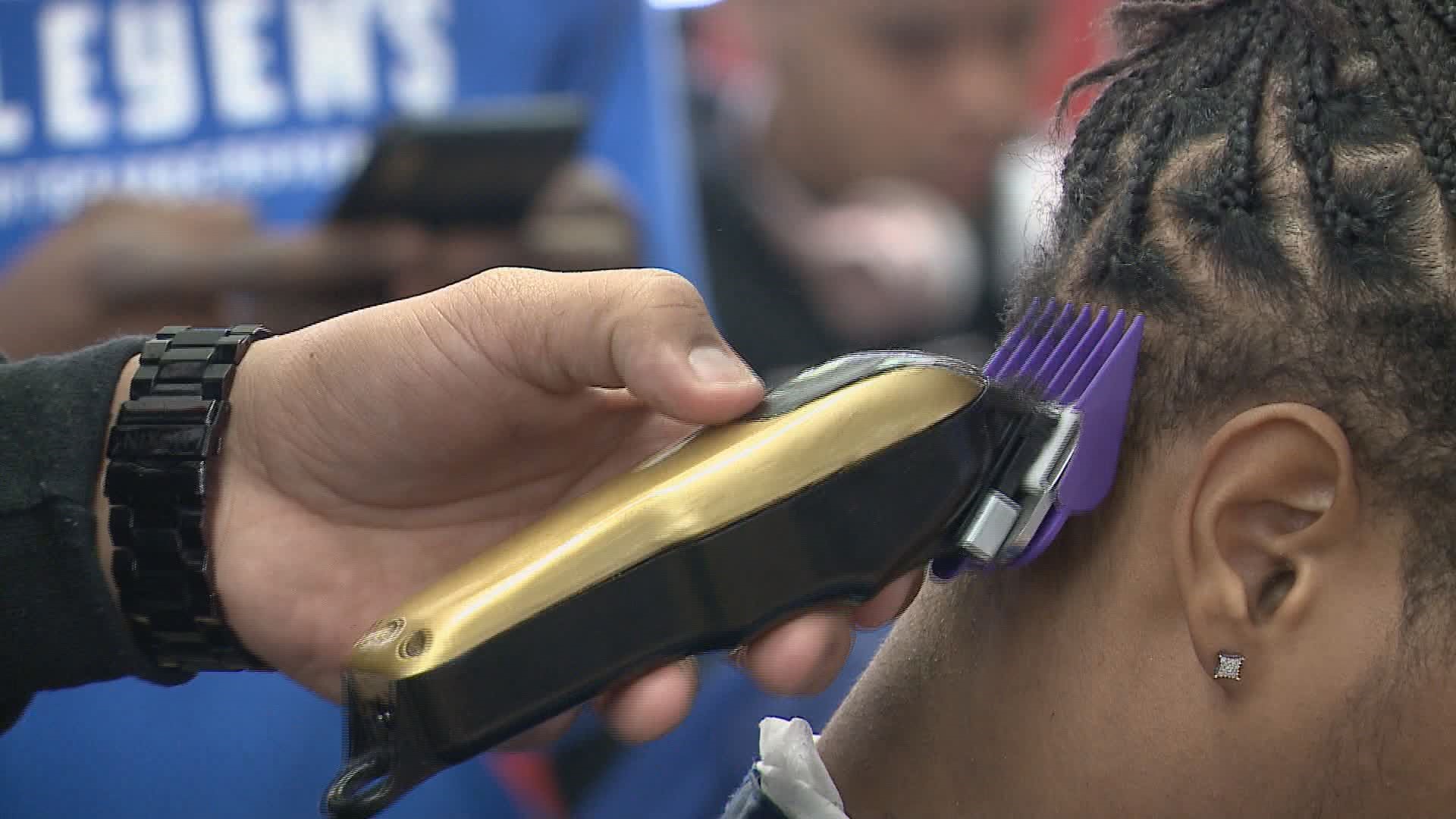 BROOKLYN PARK, Minn. — Every Thursday in February, KARE 11 Sunrise is highlighting Black Minnesotans who are making history by making a positive difference. This week, it's the success story of a barber.

Meleyen Tengben is Liberian but was raised here in Minnesota.

"I grew up in North Minneapolis," Tengben said. "My mom being in jail and then my father passing at 16, like emotionally I feel I wasn't stable."

At 17, he became a parent himself.

"I became a statistic," he said. "We didn't have a lot of leaders in our neighborhood to have to be like, 'Oh I want to be like him.' The only thing we were taught is to get out of here, or to make it big, is either playing basketball or being a rapper. Once you get older and you realize that's not going to happen it's like, 'Well what do I do now?'"

The answer, it seemed, was crime.

"I went to jail, I'd say, a couple times," Tengben said. "Just looking for love from other people because obviously I'm not getting it at home. Being around certain friends, those friends might have been doing bad things and, you know, getting into trouble, but those are my friends and I felt like I was getting that love."

That is, until someone finally said what he needed to hear.

"His name is Akeem Akway," Tengben said. "He told me like, you keep doing what you're doing, you'll probably end up getting locked up for life. He just recommended that I go to barber school and do something right. Now we're here. Meleyen's Sports Barbershop. I'm the owner."

"[Akeem is] really talented," Tengben said. "You could kind of say I was trying to be like him."

Tengben registered his business in August 2018, and because of his background, his mission is broader than financial gain.

"Any kid that I cut, I'll try to get in their ear about either owning something, being an entrepreneur," Tengben said. "Just showing them — I was you guys at one point in time."

Following up is no problem, considering they'll be back soon enough for the next cut.

RELATED: The story of 'Arm in Arm in Africa'

"You really build a real relationship with kids because you might start cutting a kid from five years old and cut them all the way until they go off to college," Tengben said.

He also recently returned to his former elementary school to motivate kids there. 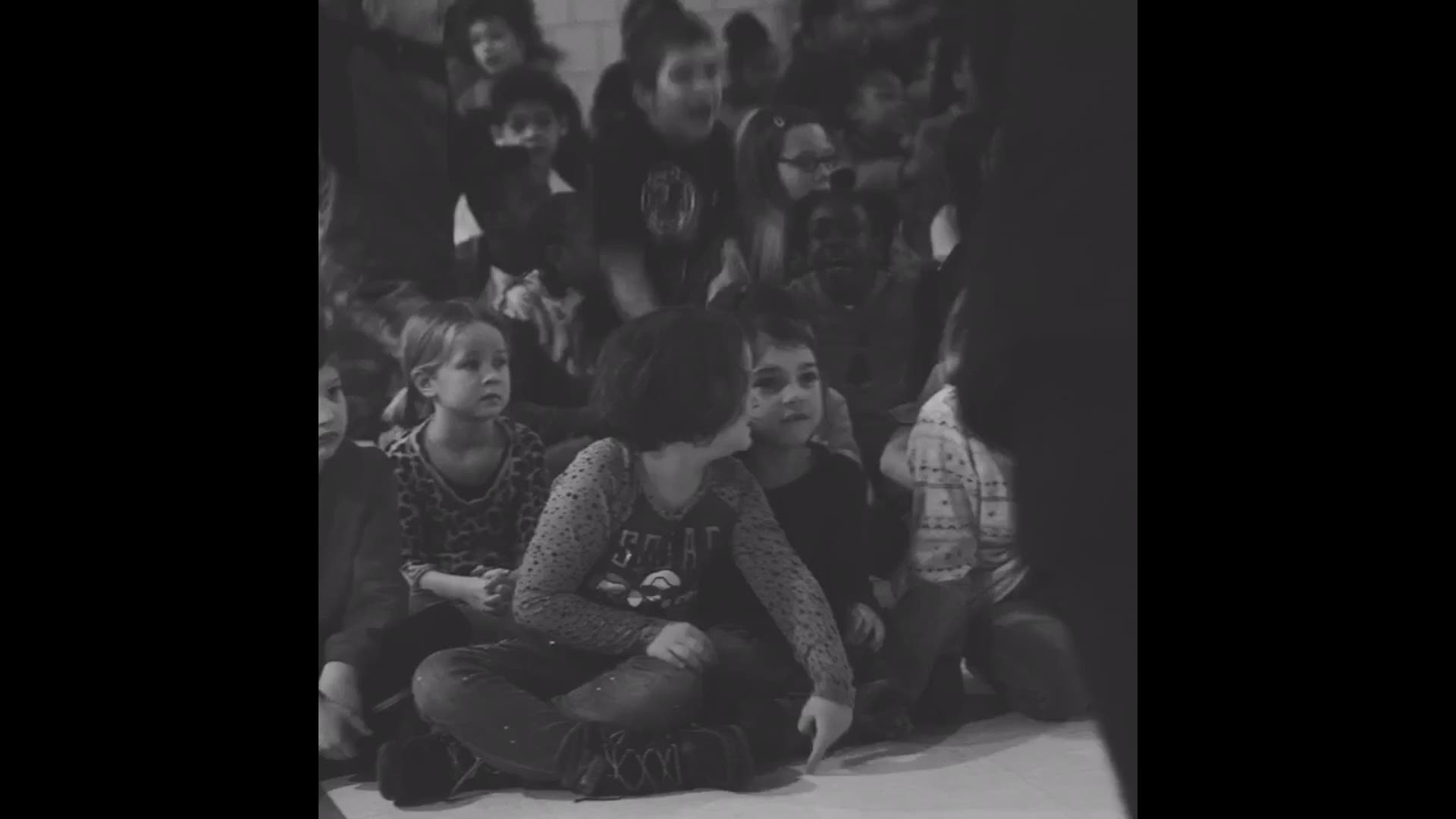 Back in December, kids came out in full force at the barbershop's free haircut event. To support the community, they were encouraged to bring a gift for the less fortunate.

Adding on to the feeling of doing, as he put it, "something right," you know who else sits in his chair? Oh, just pro-athletes and celebrity rappers.

"Some Minnesota Timberwolves, Minnesota Vikings," Tengben said. "Rappers like T.I. He's from Atlanta. He came up here to do a show, wondering where a barber was at —  well, a good barber. That was one of my favorite rappers growing up so it was crazy."

He attributes much of his success to God, hard work, and clients who spread the word online.

RELATED: This barber opened her own all-female run shop to help promote inclusivity