Every Monday on Sunrise, we're getting to know some of the Black Minnesotans making history today. 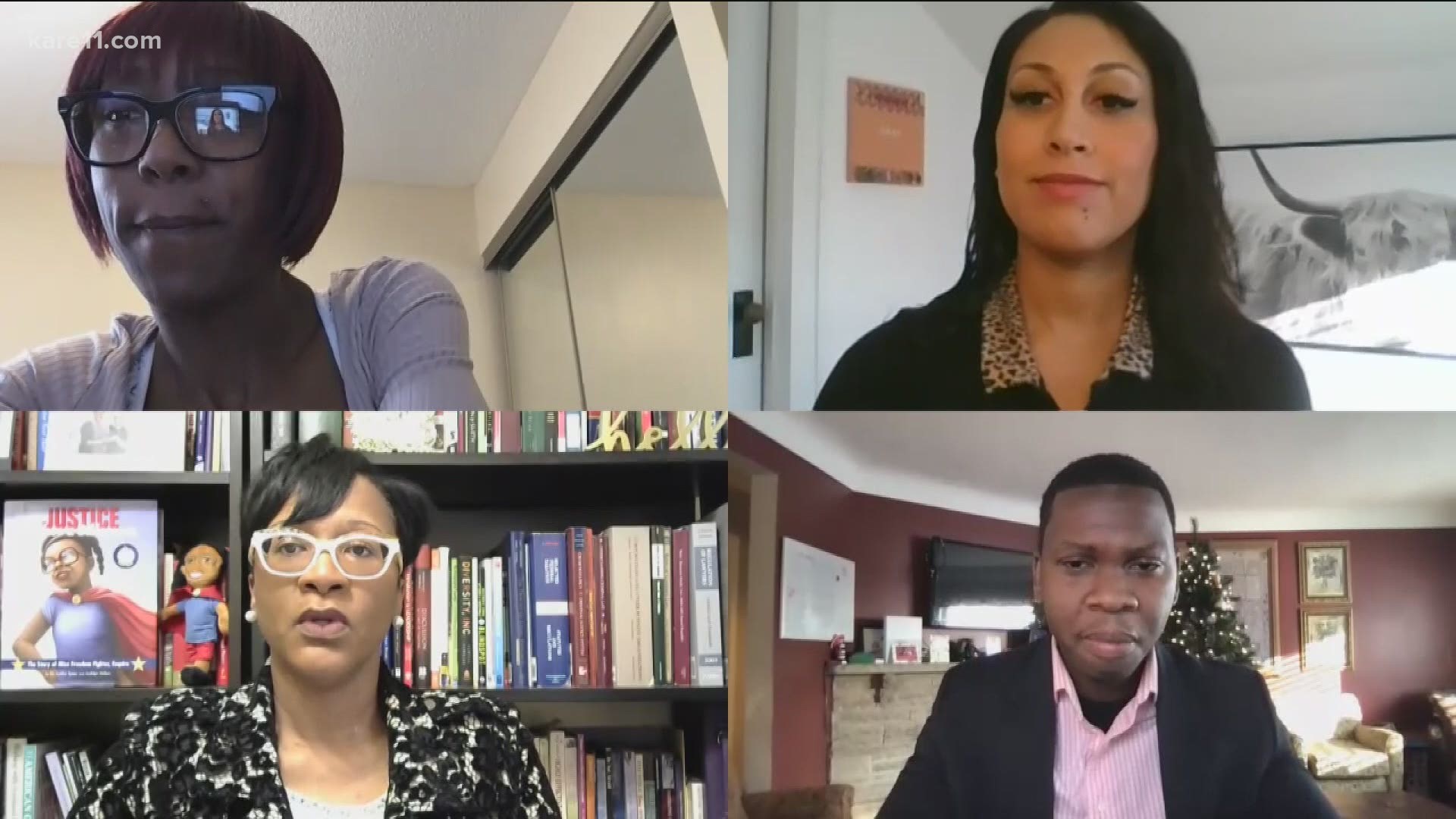 MINNEAPOLIS — The "Black Minnesotans Making History" series started during Black History Month last year as a way to feature individuals who work for positive change in their communities. Considering all that has happened in Minneapolis since then, panel discussions felt more appropriate this year.

This week, the focus is on law. Reporter Kiya Edwards spoke with Cortney Bivens, a paralegal with the U.S. Attorney's Office ― District of Minnesota, Justice Sikakane Sr., co-founder of Dads After Divorce, and Dr. Artika Tyner, founding director of the Center on Race, Leadership and Social Justice at the University of St. Thomas School of Law.

Artika Tyner: Hello my name is Dr. Artika Tyner. I am the founder of the Center on Race, Leadership, and Social Justice at the University of St. Thomas School of Law.

Courtney Bivens: I'm Courtney Bivens. I am a paralegal with the U.S. Attorney's Office. I always say, 'I am to the lawyer what a nurse is to the doctor.' I volunteer with local organizations such as Tubman and my children's school.

Justice Sikakane: As a single parent of two kids, one of the things that I struggled with was navigating the legal system. My co-founder, Sreeran, we co-founded DAD ― Dads After Divorce.

Kiya Edwards: All of you are uniquely qualified for this panel. I'm so glad that you're here. How would you say your professional approach to law has changed in the last year?

Sikakane: When we saw George Floyd get murdered, what that triggered for me was a number of things. This was a Black man that was a father and that put a lot of accountability for me to understand what my role could look like in supporting our communities. It's highly important for me to shift the narrative that being a present Black father doesn't need to be this significant hurdle.

Tyner: I'm a civil rights and human rights attorney. My clients... many of them learn how to read while in prison. I decided instead of just waiting to bring forth change, to make a difference. That meant publishing my first children's book.

So for me, as I saw the things unfold with the murder of George Floyd, I knew that it was time. My sleeves were already rolled up ― but that idea that I had to go even a step further. To date, we've donated over 5,000 books to children.

Bivens: Working in an office that, you know, deals with these situations, it has been tough. The Black communities are saying, 'Come on, you guys have to hold these people accountable' and I think for the first time in a very long time, us opening our mouths are making people have to deal with it and face it and I see a little more unity in our communities and I really hope that that continues.

Tyner: Now is the time to really lift our voices for justice in meaningful ways.