A New Albany woman who, from her hospital bed, became a champion for change in Ohio law, has died. 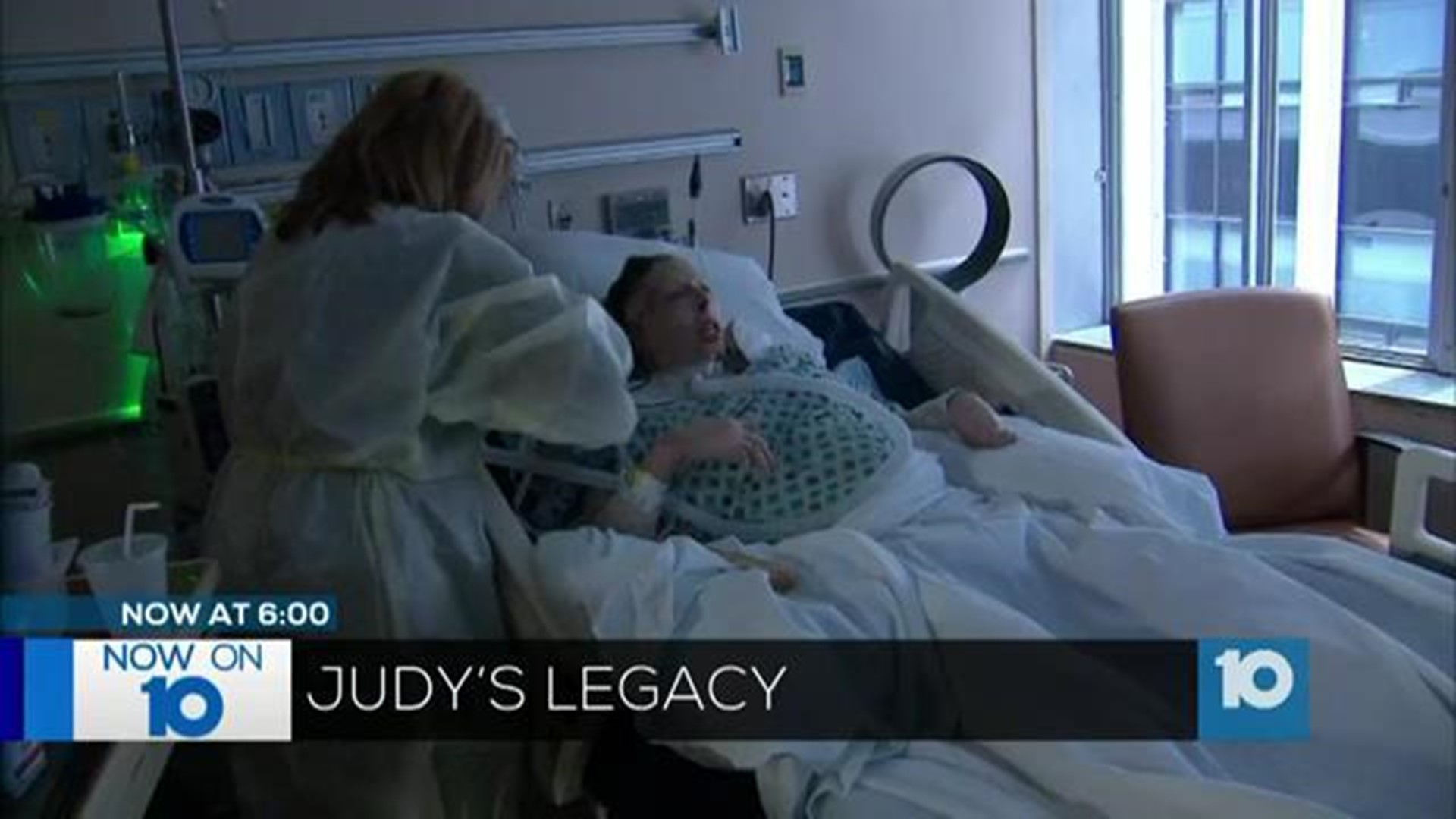 Judy Malinowski died Tuesday morning, at the age of 33.

She was set on fire by an ex-boyfriend nearly two years ago.

For nearly 700 days, through some 60 surgeries, she lived in pain. Through that, she fought mightily to tell her story.

Judy Malinowski was a high school beauty queen, a daughter, a sister, and a mother. But it was through the worst day of her life, that most of us came to know her.

A name on the news -- a woman assaulted in a most hideous way -- doused in gasoline and set on fire. But before that day and after, Judy Malinowski was a fighter.

Last year, she welcomed 10TV into her hospital room, so she could tell her own story.

In December, Michael Slager pleaded guilty to aggravated arson in the attack on Judy. He received the maximum sentence possible, 11 years in prison.

Inspired by her story, lawmakers introduced Judy's Law, to create tougher prison sentences for attacks that permanently disfigure or disable.

With the help of a speaking valve and via video, she pushed for the law that wouldn't change her situation but could help others.

"It's destroyed my life, my family's life, my kids' life. everyone around us life. And the laws of justice are just not fair," she said.

And last week when she could no longer speak, her 13-year-old daughter did.

"Please pass my mom's law, because together we can prevent these types of situations," said Kaylyn Malinowski. "We can prevent this from happening to other families."

Doctors told Judy from the beginning that she would likely not survive her injuries.

Guided by their faith, she and her family fought. To survive. To reclaim her story. And from terrible pain, to find purpose.

"I want to tell people how horrible something like this can be," Judy said. "And if you're in an abusive relationship, find help, and get out completely. Run the other way. Run."

In December, O'Brien fought to get Judy's testimony on the record to be used in a potential murder trial.

If convicted, Slager could get life in prison.

Tuesday morning, the Senate Judiciary Committee passed "Judy's Law." It passed the Ohio House in May. It could come for a vote in the state Senate Wednesday.