A Franklin County judge granted rescue groups a temporary restraining order as the shelter continues to deal with the distemper outbreak. 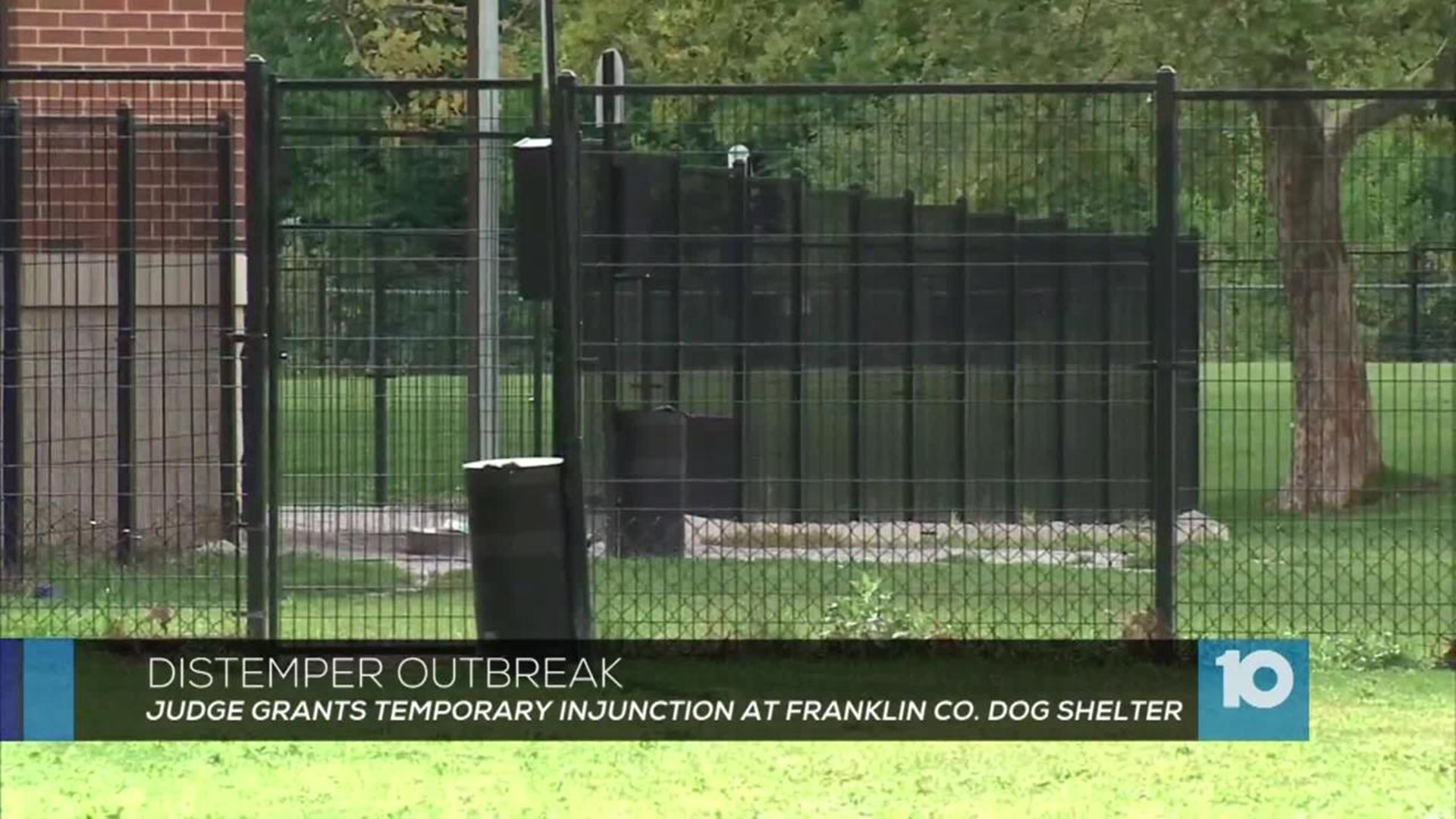 Officials at the Franklin county dog shelter will not euthanize any more dogs, at least not Thursday night.

This comes after a Franklin County judge granted rescue groups a temporary restraining order as the shelter continues to deal with the distemper outbreak.

And the order calls for the rescue groups to pay up big.

The Franklin County Dog Shelter has acknowledged they have received a temporary restraining order and a county spokesperson says if the rescue groups post the required $100,000 bond, the shelter will abide by that order.

But an attorney representing the rescue groups say their hands are tied. The rescues don't have the money.

During the shelters latest press conference, Winstel revealed the total number euthanizations is now at 84, as the county tries to get the respiratory virus under control.

“When we get through this crisis, we will do a clear review of what happened starting from day one when that dog came in the shelter,” Deputy County Administrator Erik Janas said.

Winstel says their number one priority is the safety and health of the dogs, both in the shelter and in the community.

“That's why we make the very difficult decisions to euthanize some dogs in order to protect the vast majority of others,” Winstel said.

There has been an agreement made with a veterinary provider to take appointments for worried dog owners.

Winstel says they expect to announce who that will be sometime Friday.