Stefanie Mobley used chalk to draw a tribute to the victims of Sept. 11, 2001, on the sidewalk off East Coshocton Street in Johnstown Village. 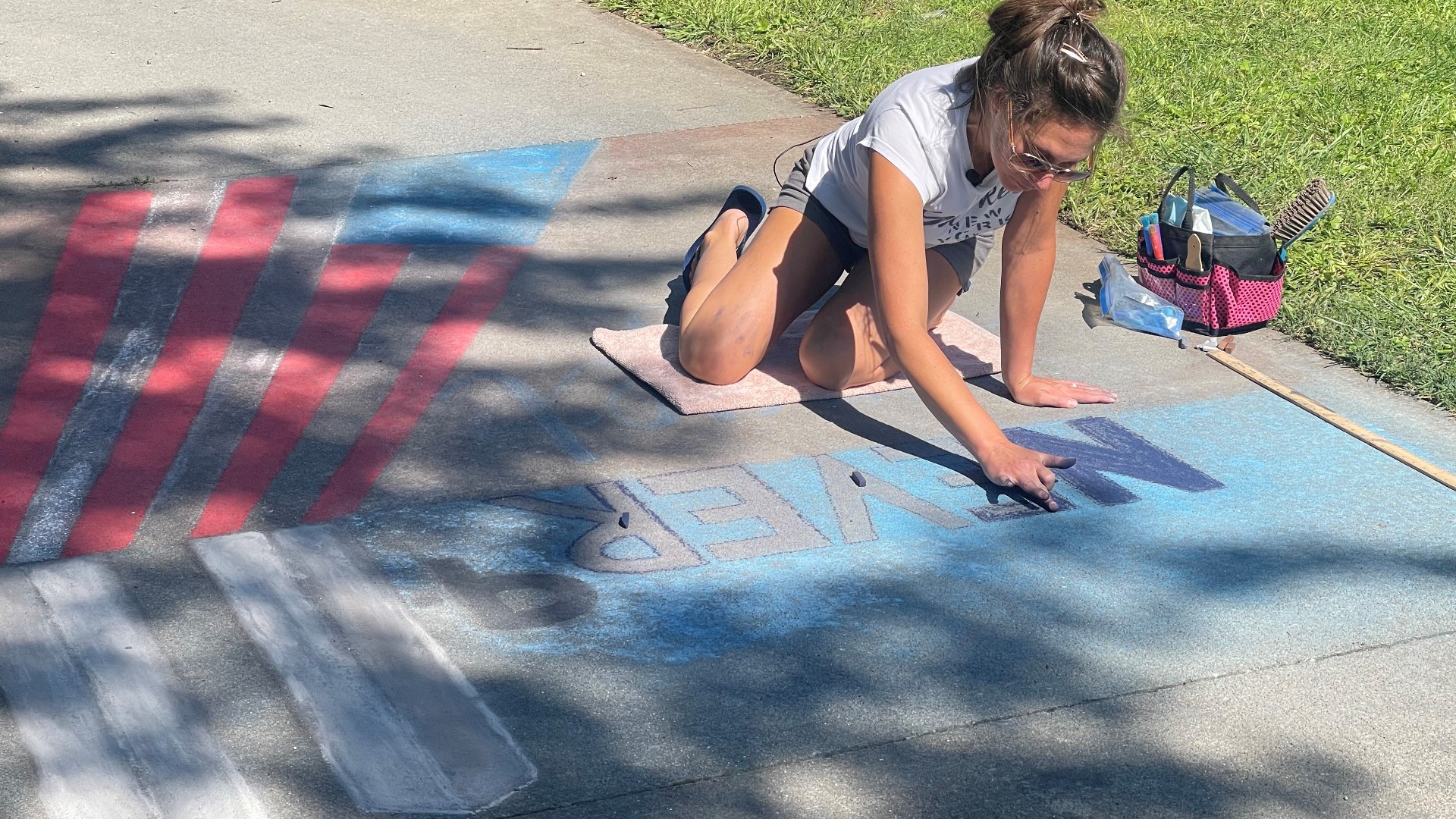 JOHNSTOWN, Ohio — The big picture can never be seen without a little perspective.

“I was getting in the car on my way to work,” Stefanie Mobley said.

“It was a beautiful day,” she said. “Just like today, not a cloud in the sky.”

In her car on the way to work, Mobley heard it on the radio.

“A plane crashed into the World Trade Center…one of the twin towers.”

“I could see the smoke in the sky from my house,” Mobley said.

In 20 years much has changed. Mobley left her New Jersey home and the Manhattan skyline and traded it in for the quiet, rural Johnstown Village in Licking County.

What hasn’t changed is her perspective.

She has a side business, The Chalk Mob, where she creates playful pictures through driveway drawings.

“People really should not forget this,” she said.

Wearing her heart on her sleeve and her chalk on her fingertips, she remembers.

“I still get that lump in my throat thinking about all of those people that were just going about their day and never came home,” she said.

Everyone deserves to be remembered.

The 40-year-old wife and mother-of-three, she says, is doing her part by filling in those blank spaces and offering her little perspective while shining light on the big picture.