The family of Amy Jo Nelson is selling raffle tickets for the autographed Bengals jersey to raise money for two domestic violence shelters. 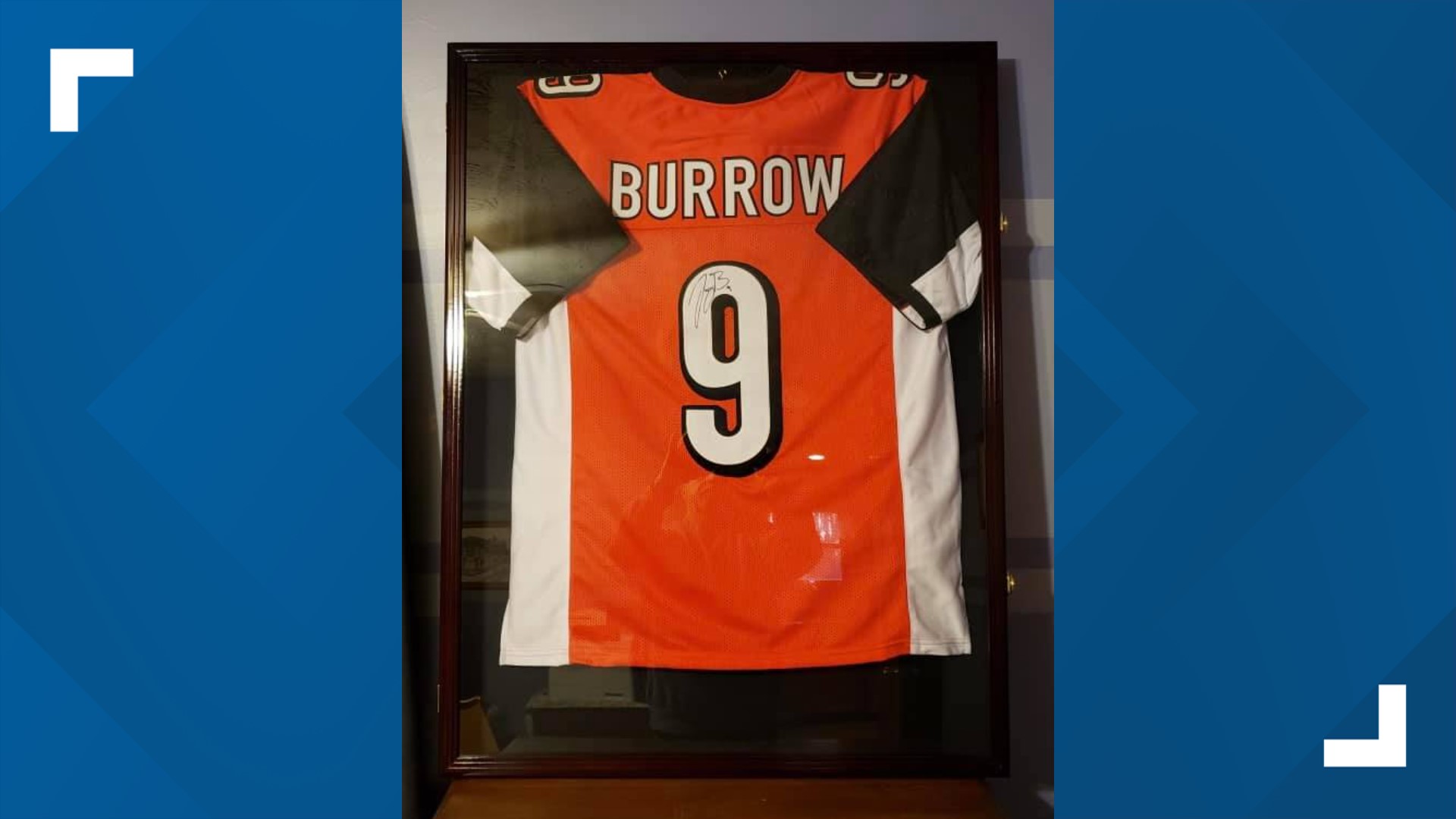 COLUMBUS, Ohio — Abbie Vann is frustrated. It’s been more than three years since her sister, Amy Jo Nelson, was killed. The case is still unsolved.

“I’m frustrated, I’m angry, and I don’t think I’m ever going to get out of this anger until something is done,” she said.

Nelson died on Sept. 18, 2017. At first, many suspected her death was a drug overdose. But her death certificate and coroner’s report proved otherwise. Her death was determined to be a homicide, with the cause being blunt force trauma to the head.

“It’s harder around her birthday and holidays and the time that she died,” Vann said of her family’s grief. “But it’s even more frustrating that no one is reaching out to us or giving us a response as to what’s going on and where we’re going to go from here.”

Nearly everyone involved in working toward justice agrees the effort has faced plenty of challenges. Nelson’s death happened in New Straitsville, so the case officially belongs to that police department. But that department is made up of one employee, the chief, who works part-time. And that chief did not work there at the time of Nelson’s death. So, the Perry County Sheriff’s Office has pitched in to help with the investigation and agreed to set up a phone number to take in tips.

This week, Perry County Prosecutor Joseph Flautt says he is still waiting for a final report from the sheriff’s office. But he has told 10TV in the past he feels he knows who is responsible and simply needs more evidence to prove it.

10TV reached out to the sheriff’s office for an update on that final report but had yet to hear a response by late Friday afternoon.

The family has hosted trail rides to raise money for the organization. And now, the family is raffling off a signed Joe Burrow Bengals jersey, housed in a display case. Tickets are $10. The winner will be drawn during a live Facebook stream on March 11, Nelson’s birthday.

Tickets can be purchased by sending a message to Amy’s Gift of Hope Facebook page or by stopping by in-person to Shawnee RoadDog or Begley’s Campground.

The proceeds will go to My Sister’s Place in Athens and The Lighthouse Domestic Violence Shelter of Fairfield County.