'I’ve never had my life flash before my eyes and it did': drivers witness chaos on I-270

Friday afternoon, some drivers on I-270 witnessed a shootout between police and a suspect who was killed. 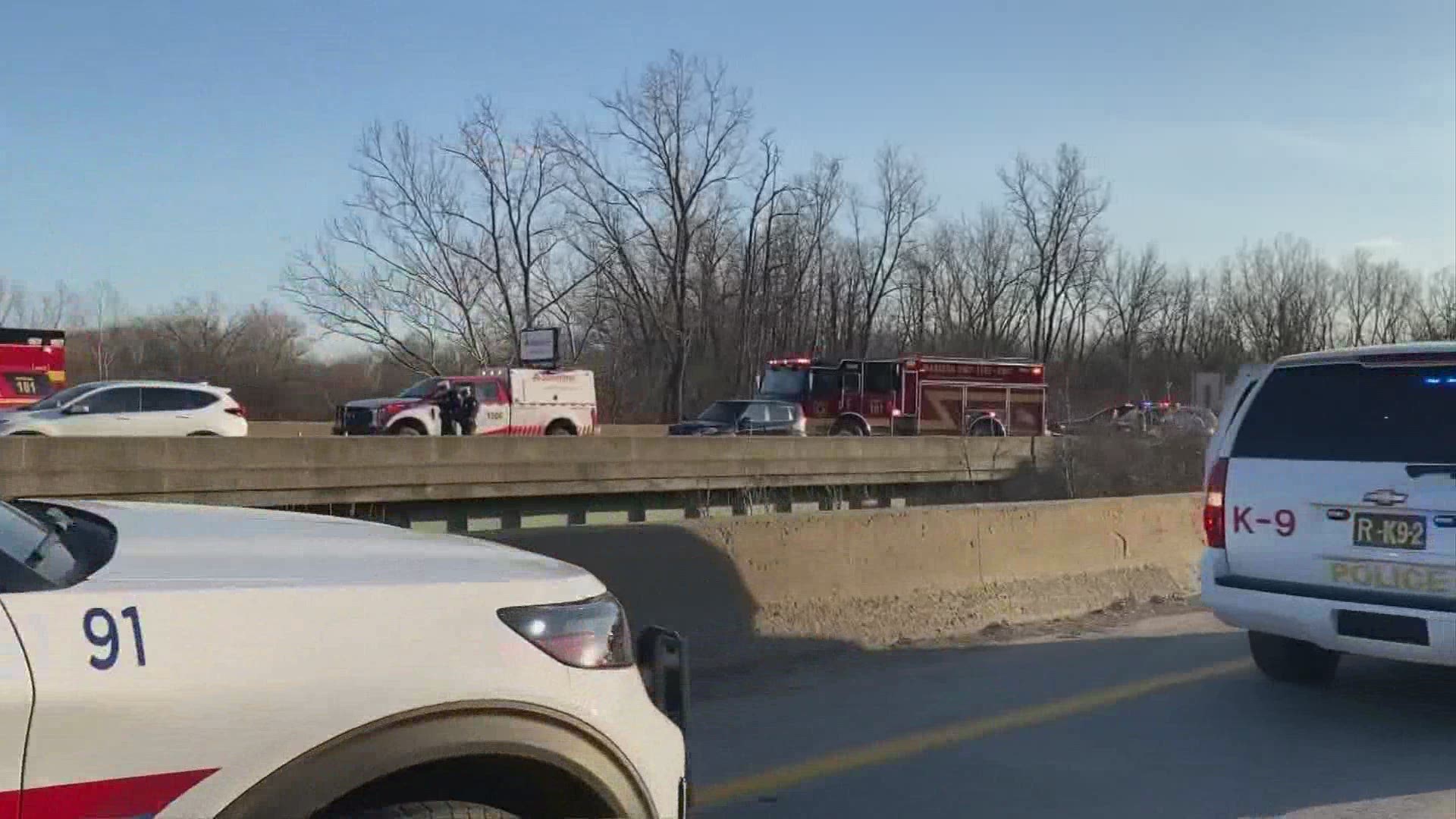 COLUMBUS, Ohio — A portion of I-270 was closed for most of Friday night and many drivers were caught right in the middle of the chaos that caused the closure.

Just before, Trout was face-to-face with another driver.

WATCH: right before this video, the suspect ran past the window. The suspect was killed on 270 today after a shootout with police. @10TV pic.twitter.com/wzdXQpLxq6

“I never had my life flash before my eyes and it…then all of a sudden I see a silver car and police lights coming at me and honestly it was in one car length away from killing me,” she said.

Wicho Nila’s wife was recording in the backseat.

“Close to me like in front of me,” said Nila.

Nila and his wife were driving home. He was in the front driving, his wife was in the back, she pulled out her phone as soon as she saw what was going on.

“When I see the guy pull off the car and run, ‘the guy passed my window and I said ‘oh I'm very scared,’” he said

The man who just before had passed their car was killed in an officer-involved shooting.

“The guy he is on the ground…very scary,” Nila said.

Friday night you have two families just thankful to be home.