'It’s time that we be of integrity': Protesters demand firing of LMPD officers in Breonna Taylor case

"We’re here for the long haul and if we got to sit out here every day and get our point across that’s what we’re going to do," Breonna Taylor's aunt said. 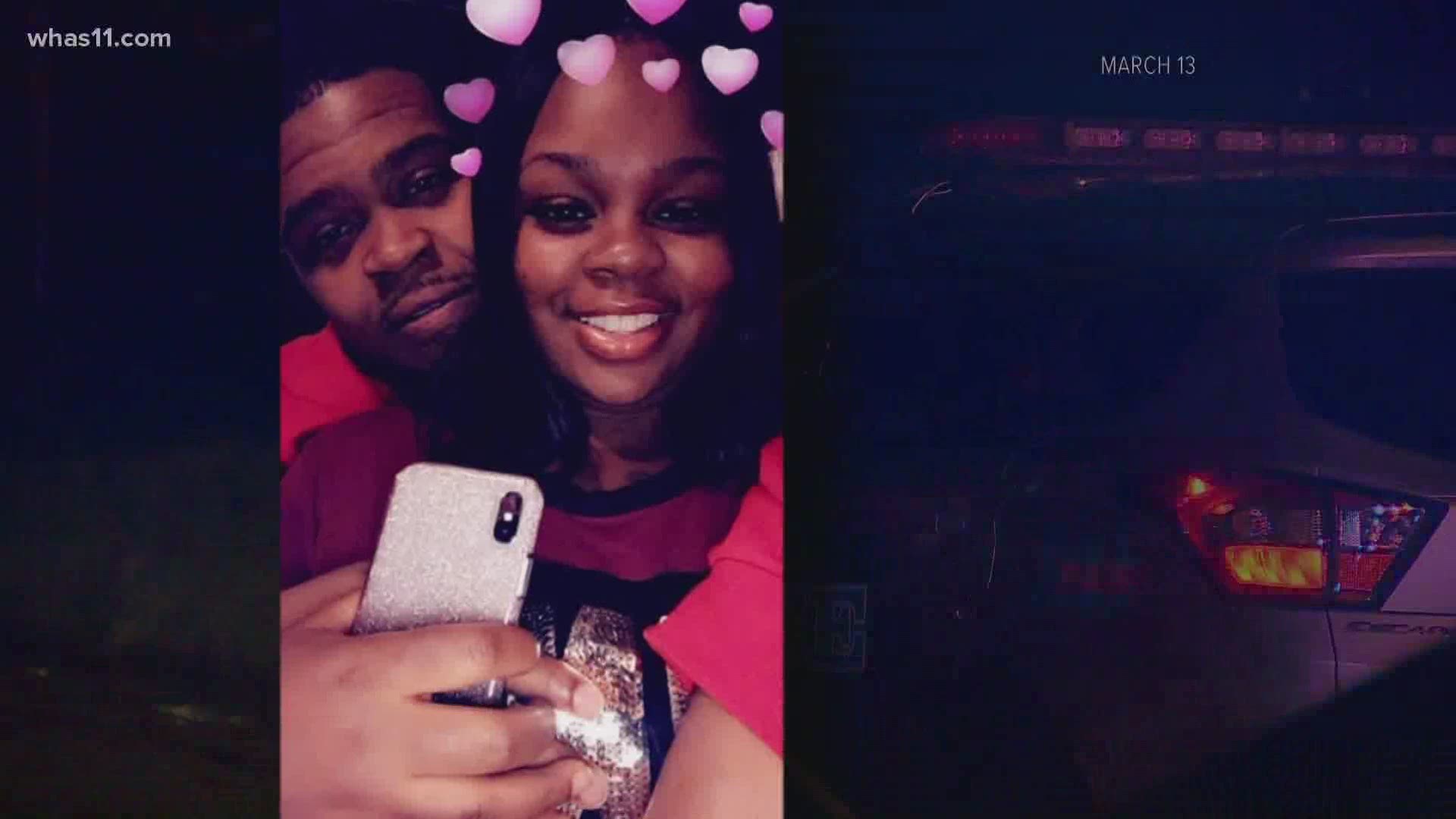 Charges against the boyfriend of Taylor, Kenneth Walker, have been dismissed Tuesday following a motion filed by Commonwealth Attorney Tom Wine.

Friday, Wine asked a judge to dismiss the case against Walker. The charges were dismissed without prejudice which means if more evidence comes out of an independent investigation, the charges could be reinstated.

"It’s the right thing to do," Kenneth Walker's mother, Velicia Walker said. "That’s the only thing my son’s been saying is it's not a black or white thing, but it's a right or wrong thing and that’s the way he was raised.”

Kenneth Walker was seen outside the courthouse with family and supporters following the protest.

"[Breonna Taylor's] engagement ring is in my jewelry box right now, there are baby shoes that they were preparing to have a life for," Velicia Walker said during the protest. "He lost his love. I don't allow anger to control me because this is God's plan I may not like all of it, but it's his plan and his purpose and the truth will prevail."

Faith leaders, community members and activists from New York City came out to show their support.

"We actually have a one-way ticket and we are going to continue to watch this case," co-founder of Until Freedom in New York City, Linda Sarsour said. "We want to make clear this is not a partisan case, we have democrats here in office that require the same accountability as republicans across the country that also need to engage in accountability and do their job.”

“It’s time that we be of integrity and that we be above board because you are not private servants, you are public servants!” president of Louisville's Interdenominational Ministerial Coalition, Dr. Frank Smith said during the protest.

"For her not to even be here, it's devastating," Austin said. "That void will always be there. We’re here for the long haul and if we got to sit out here every day and get our point across that’s what we’re going to do.”

Austin expressed gratitude to the dozens of supporters in Louisville and across the country.

"It's just amazing the amount of support we have gotten and we're just overwhelmed with everything that's happening so far," Austin said.

Mayor Greg Fischer's spokesperson Jean Porter said there is a process they have to follow.

In a statement sent to WHAS11 Porter said:

"The three officers involved in the Taylor case are currently on administrative reassignment pending the outcome of the PIU investigation and a decision by the Attorney General as to whether criminal charges are warranted.

Once that decision has been made, the LMPD’s Professional Standards Unit will conduct a comprehensive investigation to determine if any of the involved employees violated department policies. Sustained violations of department policy may result in disciplinary actions ranging from counseling to termination. Any sustained discipline involving a suspension or termination is subject to appeal to the Police Merit Board and Jefferson Circuit Court.

Other stories on Breonna Taylor's case:

RELATED: Charges dismissed against Kenneth Walker who shot at officers during execution of a no-knock search warrant

RELATED: Apology wanted from Louisville councilwoman after her Kenneth Walker 'hero' comment, she says she's not backing down