'It was my life or his': Woman who shot and killed husband speaks publicly for first time

A Franklin County grand jury has cleared Jillian Caplinger of wrongdoing in her husband's killing. 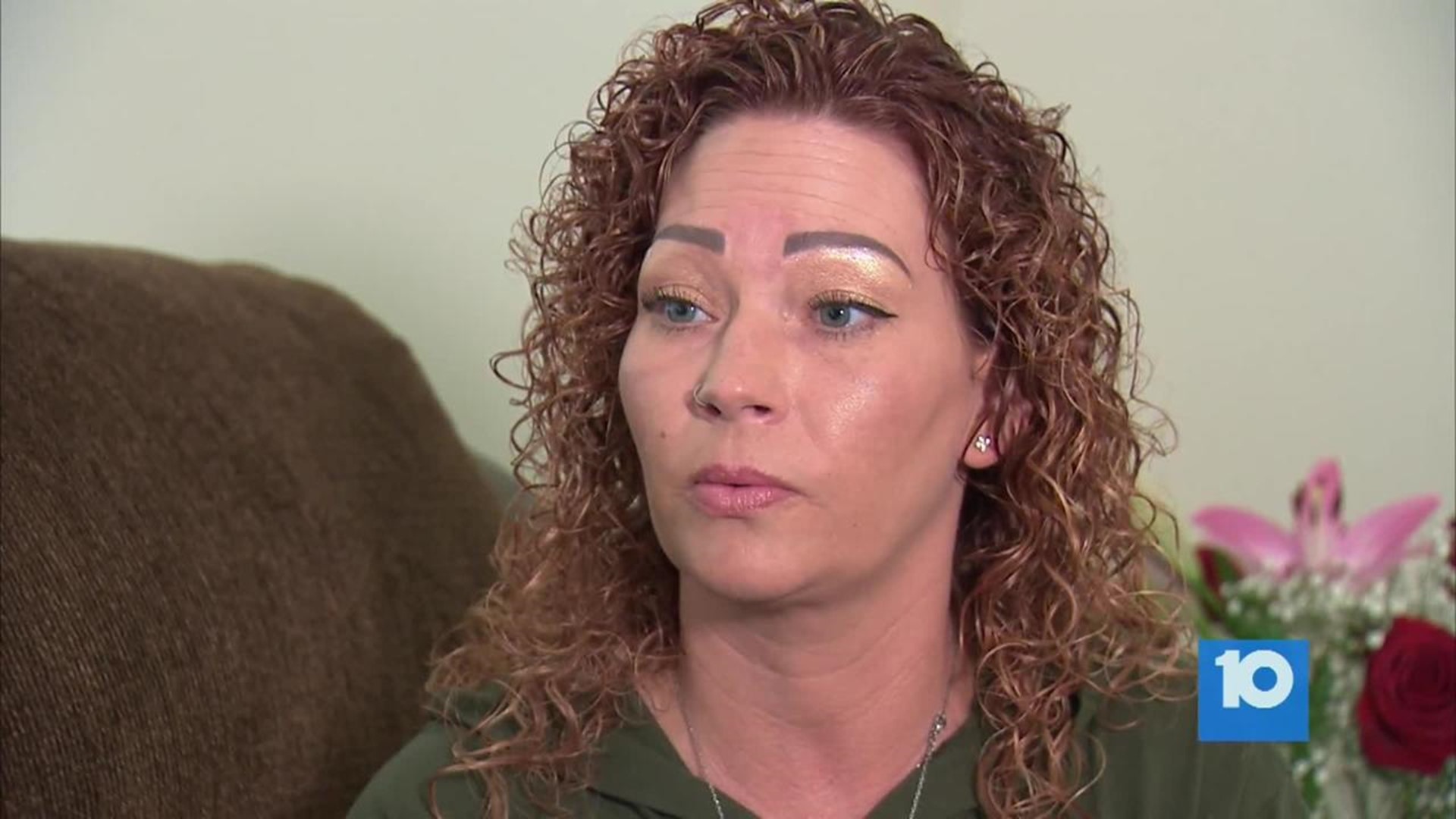 A woman who shot and killed her husband last year is speaking publicly for the first time.

A Franklin County grand jury has cleared Jillian Caplinger of wrongdoing in her husband's killing.

Jillian says her marriage to Frank was born of genuine love.

"He was so sweet and kind and I had so much fun with him when we were first together," she said.

Just one week into that marriage, she says everything changed.

"Once I started finding out lies and stuff that was going on that he was hiding from me, I didn't want no part of it anymore. I wanted away from it," Jillian said. "That day that I asked him for the annulment and tried to walk out and leave, he sucker-punched me from behind and beat me and strangled me to where I couldn't escape."

Glenn McEntyre: "The first time that happens, what goes through your mind?"

She says over the next year, their life together was a constant cycle of beatings, apologies and promises and more beatings.

In May of 2018, she went to police and Frank Caplinger was charged with kidnapping and domestic violence.

There were protection orders they both violated.

He was due in court on those cases the morning of September 20. The night before came a confrontation that ended with his death.

"He told me he was gonna punish me for everything and that he didn't intend on going to that court date on the 20th, and locked the front door — he had a bolt lock inside where you had to have a key, so I couldn't get out — And he started torturing me. Strangling me, beating me. I was begging and pleading with him, 'Why are you doing this? Please just let me go, let me out. Stop.'"

Over a six-hour period, she says he repeatedly choked her into unconsciousness.

Jillian Caplinger: "I knew that last time I woke up, when he ripped off his belt and started coming at me again, I wasn't going to make it out at that point. I had to figure a way out."

Glenn McEntyre: "What was that way out?"

Jillian Caplinger: "I had my gun on me. And I shot him."

Glenn McEntyre: "What happened then?"

Jillian Caplinger: "He still continued to come after me. And he landed right at my feet — beside me. I was completely covered in blood and I was in total shock. I didn't know what to do but get out of the house and get away from it."

She fled the house and called 911:

The next day, members of Frank's family told 10TV they didn't believe what Jillian told police.

"I saved my own life," Jillian responded. "It was my life or his. Yes, I feel bad that he's dead. No, I did not intend on killing him, but I had no choice. He took all my options away from me. He took everything from me. He almost took my life."

She is speaking publicly for two reasons: to clear her name and to warn others in violent relationships.

"Run. Run as fast as you can. If they do it once, it's never going to stop. They'll do it again," Jillian said.

Jillian wasn't the only person to accuse her husband of violence.

His previous wife, two sisters and three others applied for protection orders and accused him of threats and violence dating back to 2002.

Help is available any time for people who may be a victim of domestic or dating violence. "Where's the Line" offers resources to help people escape the danger. To learn more, click here.