Investigation: Arrest of Stormy Daniels was improper; not pre-planned or politically motivated

That news came from a one-page news release from CPD late Friday afternoon. 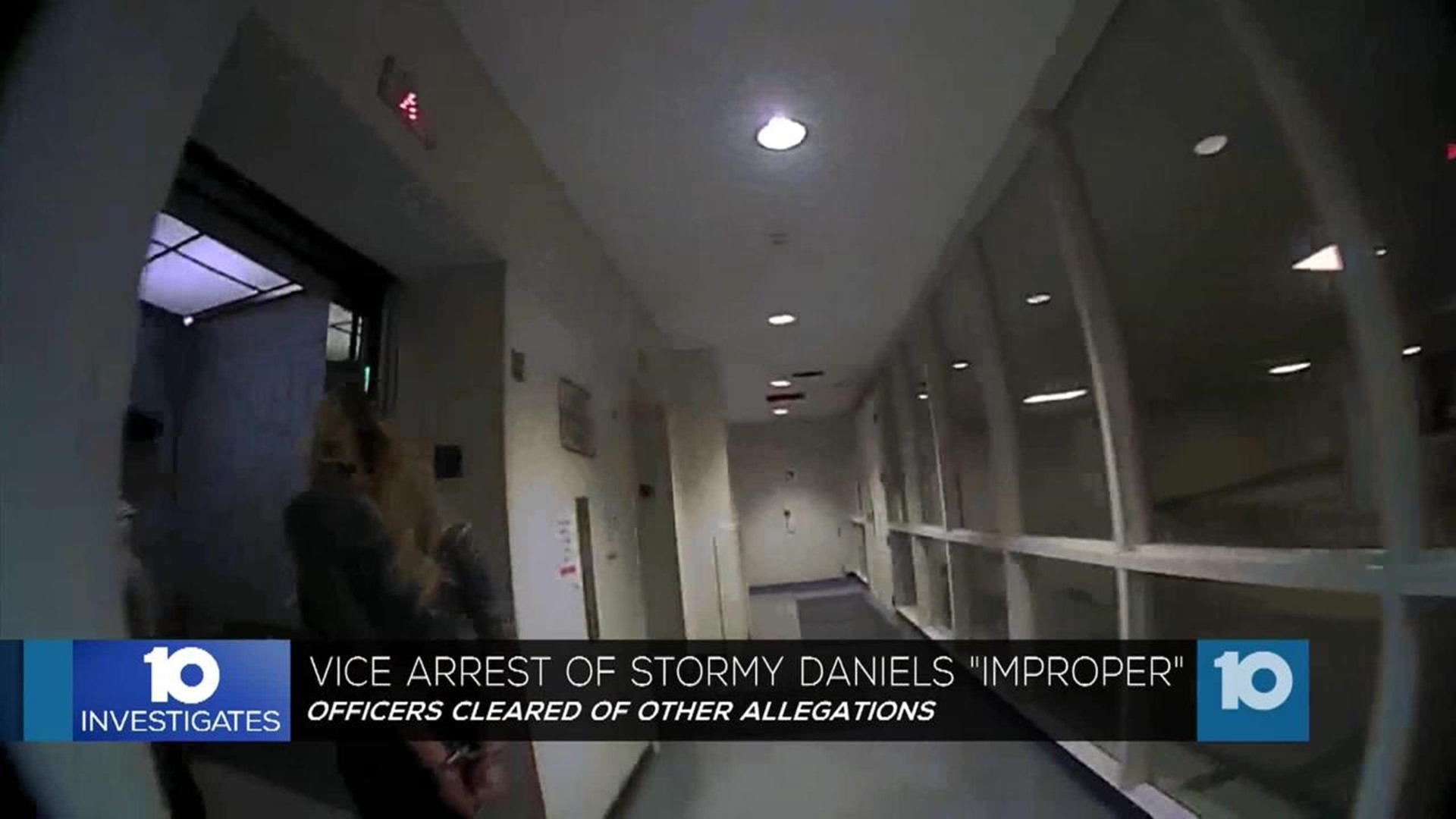 COLUMBUS — An internal investigation by the Columbus Division Police found vice officers improperly arrested adult film star Stormy Daniels this summer, but did not find that the officers’ politics or that long-term pre-planning of the arrest occurred.

That news came from a one-page news release from CPD late Friday afternoon.

10 Investigates obtained a copy of the internal investigative file, which contained more than 30 hours of interviews and hundreds of pages of court documents, internal emails and other records.

The release of those documents and the conclusion of the internal affairs investigations comes eight months after former Police Chief Kim Jacobs announced that the activities of the vice unit were being placed on hold because of two major incidents – including Daniels’ arrest and the fatal shooting of an alleged prostitute by vice officer Andrew Mitchell, who had become the subject of a criminal investigation by his own department two weeks earlier but remained on the force at the time of Castleberry’s shooting.

In lawsuits raised by Daniels and the two other women arrested July 11 – Brittany Walters and Miranda Panda (who reached settlements) – both allege that the three of the four vice officers who arrested them were known Republicans and that their political leanings may have influenced the arrest of Daniels, who months earlier had appeared on 60 Minutes and alleged that in 2006 she had an affair with Donald Trump, which the now-president denies.

Internal affairs cleared four vice officers of those allegations but noted that:

“the arrest incident on its face raised questions about the enforcement that occurred and gave the strong appearance of impropriety. While it is recognized that officers must exercise limited discretion in their response to matters involving enforcement, the discretion exercised in this particular arrest incident was improper. Proper consideration and assessment were not applied to the broader investigative perspective for progressing a long term investigation at Sirens.”

Det. Steve Rosser was one of four vice officers investigated by internal affairs. But Rosser and Det. Whitney Lancaster were removed from duty last fall and reassigned.

During an interview between internal affairs, Rosser told investigators that there had been several complaints against Sirens gentlemen’s club though acknowledged that there was no specific reason why vice officers went to Sirens that night.

Rosser said that it was part of a broader investigation into strip clubs. Since 2017, 41 people had been cited for violating the state’s community defense act, a statute that prohibits physical contact between strippers and patrons. Nearly all the charges were later dismissed by the city attorneys office after it was determined that the officers were technically not patrons.

Top vice commanders complained to internal affairs that no one from the city attorneys office had communicated to them during meetings that the law would be problematic.

But city attorneys provided emails dating back to as far back as 2007 noting that there were concerns about enforcing the community defense act.

Specifically, in one email sent to Det. Rosser in 2015, an assistant city prosecutor wrote: “I specifically conveyed the concern that undercover detectives cannot be considered patrons for the purposes of this statute.” And that: “I don’t think you can charge for contact between detectives and the employees…”

Any discipline for the four officers who were investigated – if any – will be determined by the deputy chief with CPD.