When Libby Oxley arrived at the hospital, she was clinically dead. But Dr. Gregory Taylor wouldn't give up trying to bring her back to life. 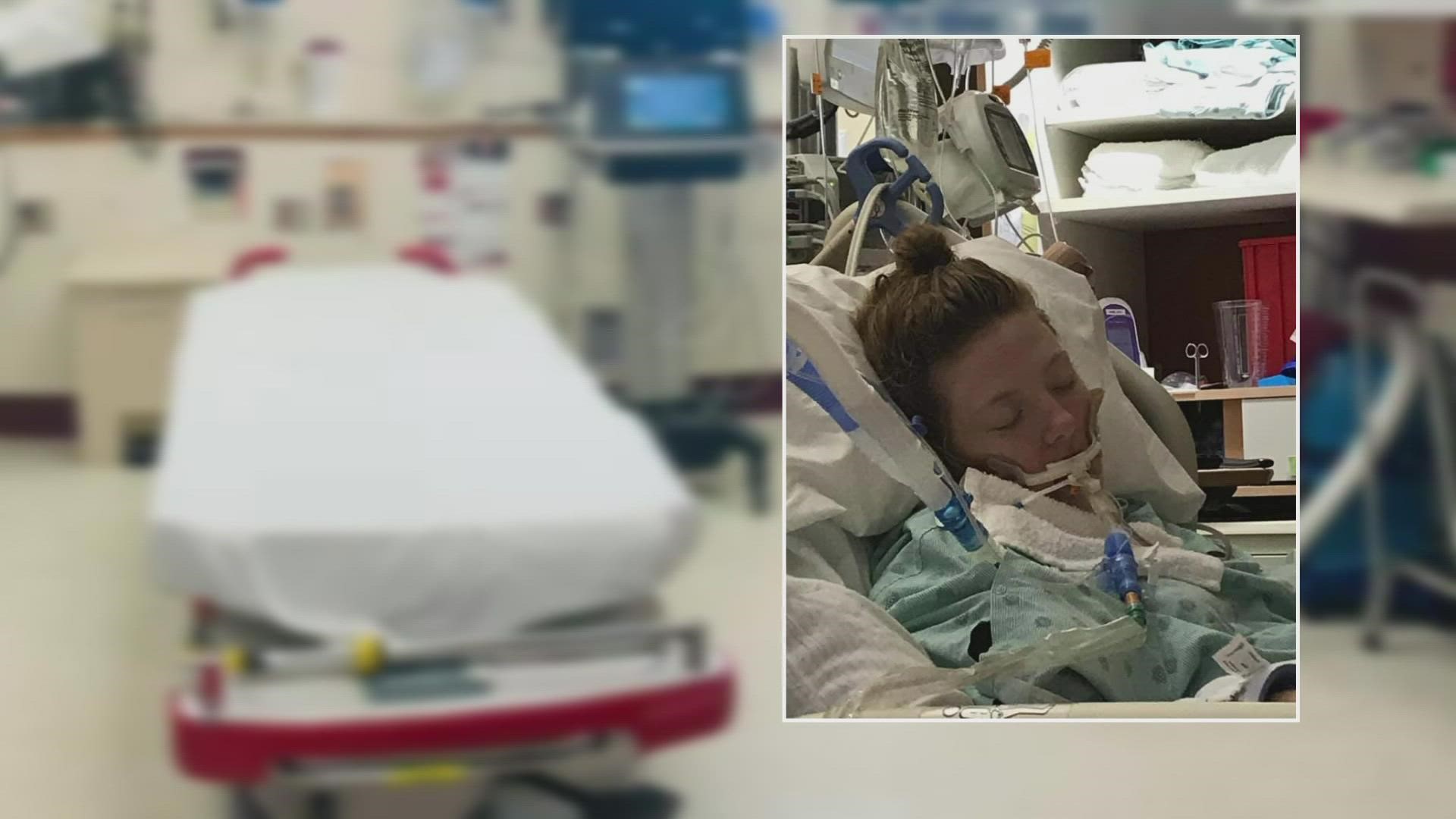 Milk likely tops the list because a 2% version of it exists in a low-fat variety.

For many years, inflation in the United States has run below the Federal Reserve's 2% goal.

And let's be real — many believe the Detroit Lions have a 2% chance of ever getting to a Super Bowl.

What about making a full recovery after being given a 2% chance of survival?

That's what happened to an Indiana woman, who was declared clinically dead for at least 40 minutes, then shockingly came back to life, thanks to non-stop efforts performed and decisions made by a physician from Fremont, Michigan.

In January 2020, then 24-year-old Libby Oxley was working on completing her master's degree at Ball State University, which is located in Muncie, Indiana. Oxley, who is originally from South Bend, was set to graduate five months later with a degree in student affairs and administration.

Like most college students in a similar position, she saw the light at the end of the tunnel, focusing on great grades, graduating with her classmates and leveraging her higher education into her career of choice.

She certainly didn't expect to die anytime soon, but then again, who does.

"I woke up on January 8th and couldn't breathe," said Libby who, at the time, had been battling a cold and dry cough since Thanksgiving. "I decided to drive to the clinic on campus to get checked out."

Credit: Libby Oxley
This is the exact parking spot, near the clinic on Ball State University’s campus, where Libby Oxley died inside her vehicle on Jan. 8, 2020.

Oxley says she remembers parking her car in the parking lot of the clinic, then around 10:47 a.m., texting her mother to make sure the clinic was on the family's insurance network.

"I remember nothing after the call ended with my mother," Libby said.

Meantime, Dr. Gregory Taylor was on a nearby highway driving to IU Health Ball Memorial Hospital where he'd begun working as an attending emergency medicine physician a few months prior.

"I had [a song by rock band] AC/DC playing loud during my drive in," said Dr. Taylor, who is a 2005 graduate of Fremont High School. "I always like to get my adrenaline going before I start my day in the ER."

Back on campus, Libby was found unresponsive in the front seat of her car by a fellow student who was was walking by. The student ran into the clinic to get help. Medical personnel raced out of the building to Libby's side and began resuscitation efforts.

"I was dead," Libby said. "I was told I had stuff coming out of my mouth and that was an indicator that someone has passed away."

Soon after, an ambulance arrived on scene. While the medical personnel continued CPR, Libby was loaded into the ambulance. After several broken ribs and a cracked sternum due to chest compressions by paramedics, they were able to find a heartbeat.

Libby was transported to IU Health Ball Memorial Hospital, which is located near campus.

"I don't recall how far through my shift it was, but I heard the radio go off saying 'we have a 24-year-old coming in, CPR in progress,'" said Dr. Taylor who, at the time, was a first year attending physician. "I made sure that trauma bay 47 was available and ready."

When Libby arrived, it was thought she'd been unresponsive for 20 minutes. Soon after she was wheeled into the emergency room, she coded again.

"She was in full cardiac arrest," said Dr. Taylor, who was in charge of caring for Libby upon her arrival at the hospital. "She was presenting with signs of a pulmonary embolism so that's what I decided it was until proven otherwise."

Credit: Libby Oxley
Libby Oxley was brought back to life after being clinically dead for at least 40 minutes. She's overcome a 2% chance of survival.

"I knew that the mortality rate of pulmonary embolism was 98% but I wasn't willing to give up on her," added Dr. Taylor, who's also a U.S. Air Force flight surgeon stationed at Grissom Air Force Reserve Base in Peru, In. "She had blood clots everywhere within her lungs."

Continuous CPR in the trauma bay was approaching 40 minutes. Libby was showing no sign of recovery. Dr. Taylor and his team knew calling time of death was imminent.

It was during this time Libby believes she was fighting from the beyond to come back.

"I remember having a Heavenly experience and seeing angels," Libby said. "I saw a single angel come down, welcomed me with a big hug and said, '''Ok Libby, it's time to go.'"

When asked if arguing with her angel in the afterlife was what helped bring her back, Libby responded by saying, "I'm pretty persistent and stubborn; I guess my inner-over-achiever came out."

Suddenly, Libby regained a sustainable heartbeat. Dr. Taylor immediately got her on a ventilator and placed her into a medically induced coma.

"She was likely clinically dead for 40 minutes," Dr. Taylor said. "We brought her back, but she only had a 2% of survival, and that's not including neurological recovery, nursing home, etc."

Soon after regaining consciousness, Libby suffered multiple strokes, causing her to lose the ability to talk, walk and see. She began extensive therapy.

"A full recovery was unlikely," said Dr. Taylor. "She was looking at spending her remaining time on life support."

But Libby is a fighter and a self-proclaimed over-achiever.

Credit: Libby Oxley
Libby Oxley had to endure several weeks of intense therapy after regaining consciousness. She had to re-learn how to walk, talk and see.

"I guess that 2% really motivated me," Libby joked. "I worked really hard to get back to where I was before I died, and I've come pretty darn close."

Within two months after dying, Libby had begun walking, talking and regained her eyesight.

"The 2% means living on life support in a nursing home, not somehow making a full recovery."

"The day Libby left the hospital, she danced as she walked out."

Aside from some short-term memory loss, Libby had completely survived dying —  so much so, that she returned to Ball State and was able to finish her master's degree and graduate on time in May.

Credit: Libby Oxley
Libby Oxley went from having a 2% chance to live to obtaining 2 degrees from Ball State University.

In the year and a half since her death, Libby started pursuing a second master's degree from Ball State. She's also got a job working for the school.

Credit: Libby Oxley
On May 3, 2020, nearly 4 months after she died, Libby Oxley graduated with her master's degree from Ball State University.