'I have my best friend back': U.S. Airman reunites with family at John Glenn Columbus International Airport

After six months, a Lieutenant Colonel with the U.S. Air Force reunited with his wife and kids. 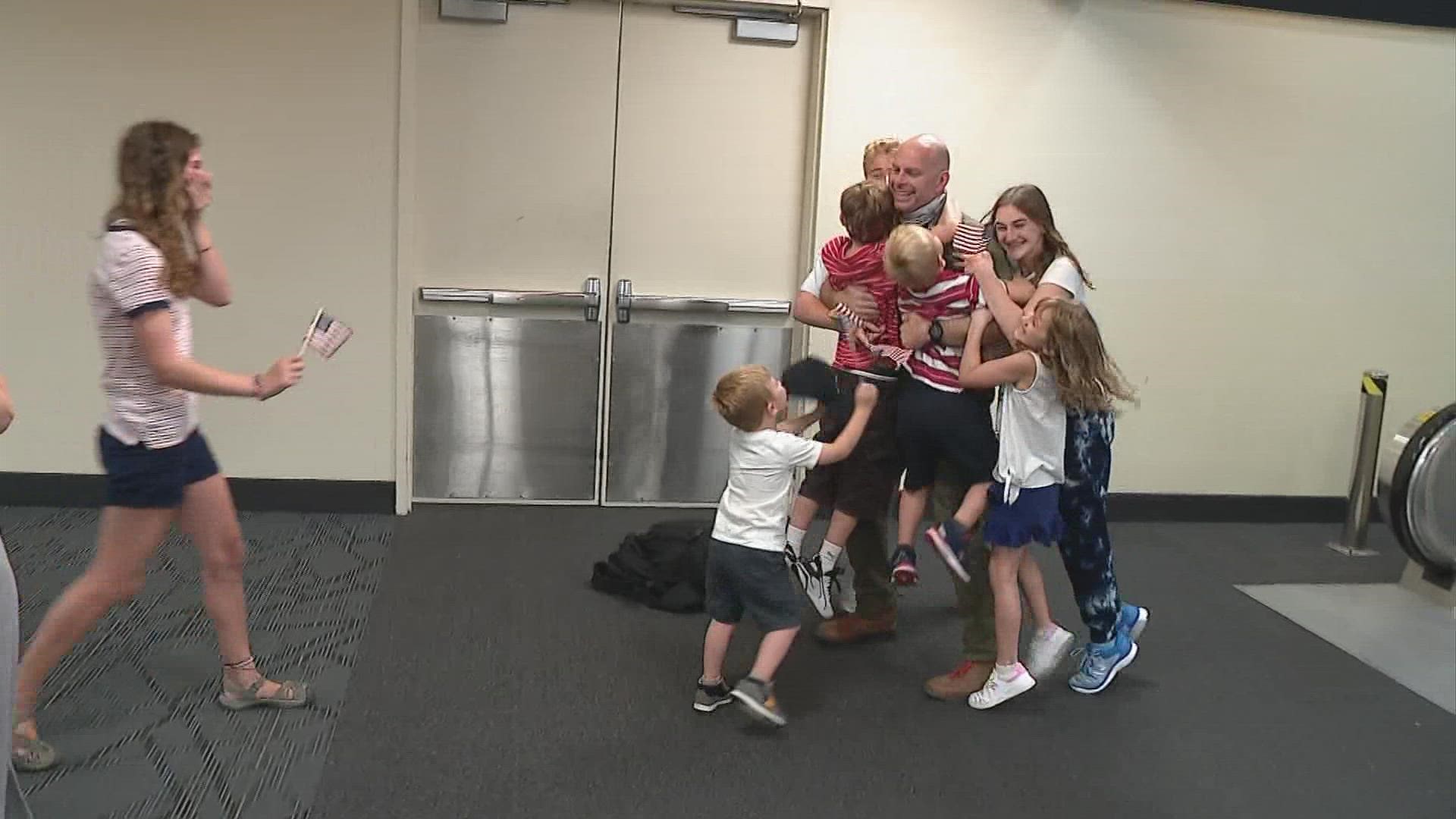 Michelle Oetjens, from Powell, said her husband Lt. Col. Michael Oetjens has been away for six months.

Michael serves in the United States Air Force as a Lieutenant Colonel. He was stationed at Wright-Patterson Air Force Base just east of Dayton.

It was tough for her to raise their family of seven children by herself while he was gone, but she managed to handle it.

"It was very stressful, but my kids have been amazing and helping out," Michelle said.

Michelle and the kids were anxiously waiting at the airport for Michael to appear. The children were holding American flags and asked their mom when their dad was coming.

When Michael saw his family in the airport, there was nothing but smiles and laughter.

"It was cool having them all down at the bottom of the stairs waiting for me to come home," he said.

The family hugged amongst themselves and this time, Michael was greeted by another family member for the first time: their eighth child.

"It was cool having them all down at the bottom of the stairs waiting for me to come home," he said. "It was a great welcome back."

Michael said the first thing he plans to do now that he's home is having a family movie night.