The family's attorney said that he believes people have lost site on what justice is in this country. 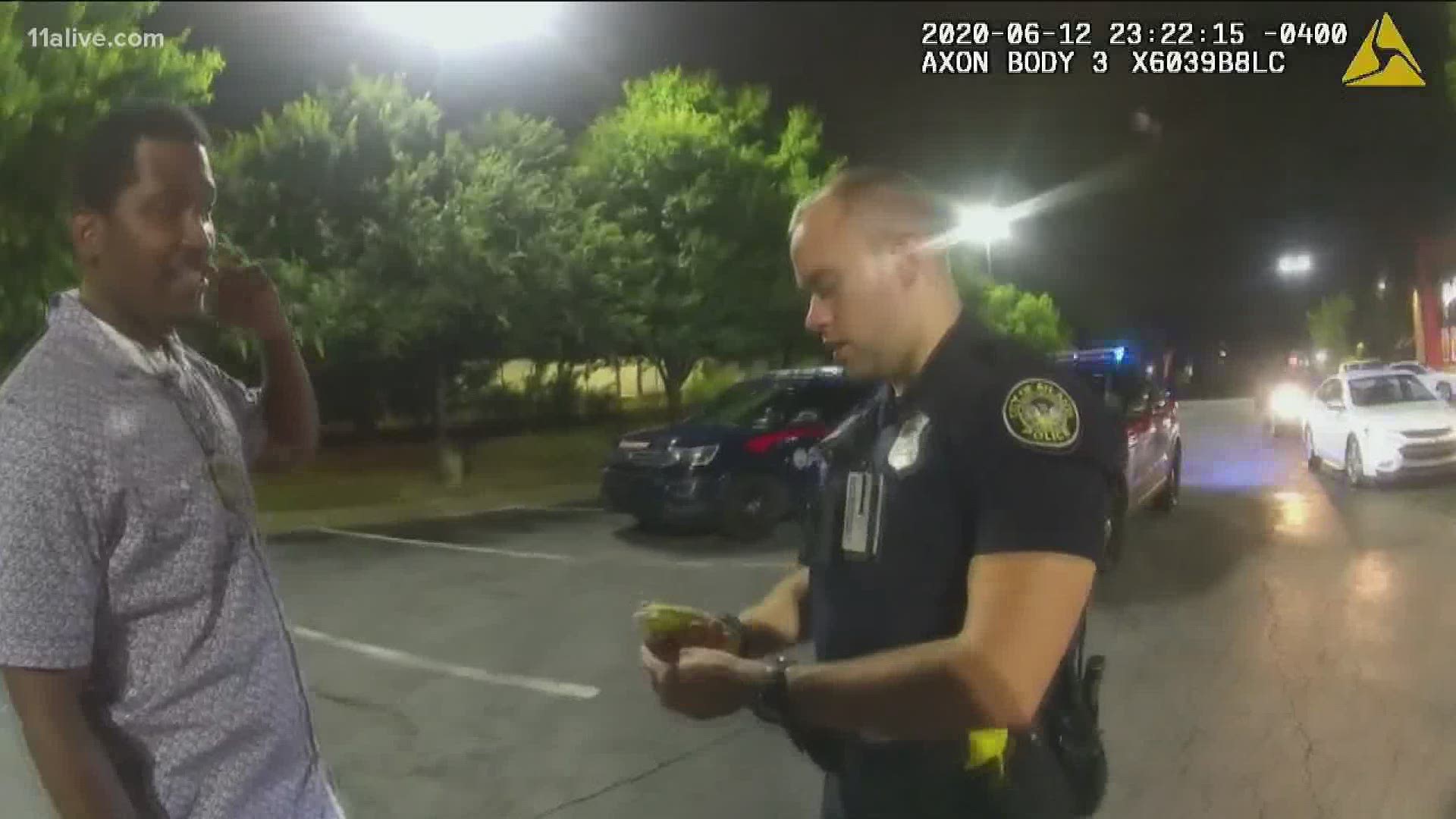 ATLANTA — In an emotional interview on TODAY, Rayshard Brooks' wife, Tomika Miller, said she wants the officer's involved in her husband's death to go to jail.

On Friday night around 10:30 p.m., Atlanta police said they were called to a Wendy's off University Avenue to reports of a man sleeping in his car in the drive-thru line.

The interaction between the responding officers and the subject, now identified as Rayshard Brooks, was a cordial one. Then, things escalated.

Brooks failed a field sobriety test, according to the Georgia Bureau of Investigation. When officers tried to take him into custody, a struggle ensued. During the altercation, officials said Brooks grabbed an officer's Taser and began to run away. Moments later, shots were fired.

Miller told TODAY that she can't bring herself to watch the video.

"I'm already in enough pain right now, so to see anything of my husband being shot down or -- I couldn't see that. I can't stomach that right now," Miller said.

On Sunday, the Fulton County Medical Examiner's Office said the cause of death was two gunshot wounds to the back that caused organ injuries and blood loss. The manner of death has been confirmed to be homicide - or the death of one person caused by another.

Miller said she will now have to explain to their children what death is.

The family's attorney told NBC News the officer was not justified in pulling the trigger.

Stewart told TODAY's Hoda Kotb that he believes we (the nation) have no idea what justice is anymore.

“We have no idea what justice is anymore … because the community is so separated from policing.” He says the use of deadly force was unjustified, “They could have easily waited and caught him later… it was just unnecessary.”

RELATED: What we know about the police shooting of Rayshard Brooks at Wendy's parking lot in Atlanta