Licking County man arraigned in case of shooting, road rage on I-270 during Trump parade 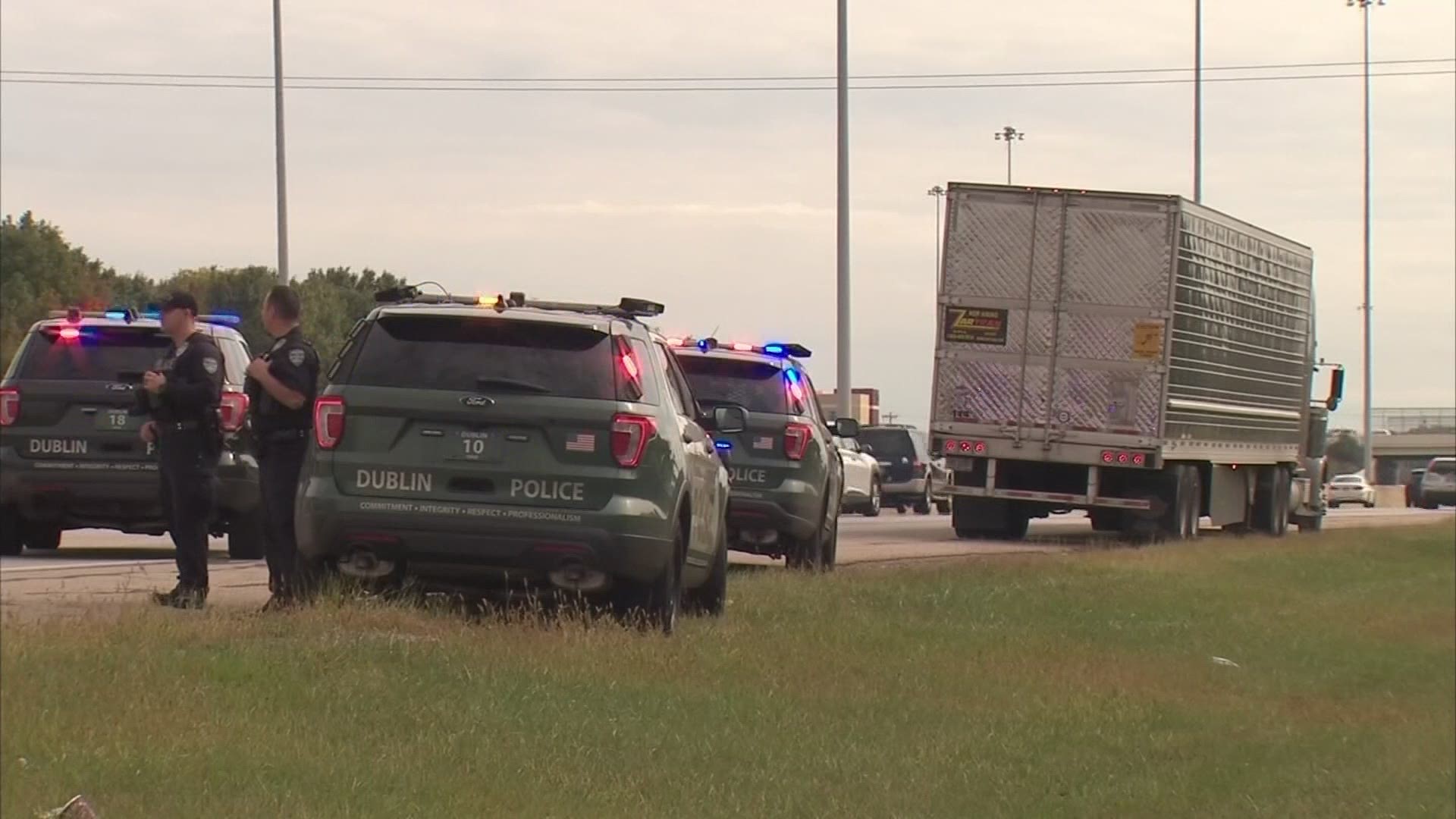 DUBLIN, Ohio — A Licking County man is charged and accused of firing a gunshot Saturday on I-270 in a case of road rage, according to Hilliard police.

Police said the incident happened on I-270 north, south of Tuttle Crossing Boulevard and near Davidson Road around 10:45 a.m.

Police said 58-year-old Todd Crawford of Homer, Ohio was driving a black, Ford F-150 and fired one shot from a .45 caliber pistol into the cab of a semi-truck after an altercation between the two vehicles.

No one was injured.

Crawford turned himself into Hilliard police a few hours after the incident and is now at the Franklin County Jail.

RELATED: Hundreds of drivers took to I-270 to show support for President Trump

According to Hilliard police, Crawford was participating in the parade for President Donald Trump that took place around I-270 Saturday morning.

Court documents from the Franklin County Municipal court say the driver of the semi-truck was taunting people in the Trump parade, including Crawford.

The driver of the semi-truck admits to taunting people in the parade but denies hitting Crawford's truck.

10TV spoke to a woman who was caught in the parade.

Jodi took video of the parade, that eventually, police reviewed after the incident.

With all politics pushed aside, Jodi said she was a little worried about the event,

“I did kind of get worried because you have all this happening and then you have all these other cars coming on and off, and I was just wanting to make sure I didn’t hit somebody,” Jodi said.

Amy Medders was one of the line leaders in the parade and said people are not hearing the whole story.

“All I’m hearing is that, 'oh that crazy Trump support was out shooting people,'” Medders said. “We were attacked first, we were harassed, we were run off of the road.”

Medders explained that the intent of the parade wasn’t too upset anyone, it was to show support for the president.

However, she said they knew not everyone would agree with their views on politics.

“We had quite a few people give us the finger,” Medders said.

Witnesses said they had several run-ins with other truck drivers.

“He was flying, and I’m like oh gosh this guy, I can just tell he was already swerving at the people behind me,” Medders said.

We spoke with an organizer of the event.  She said Crawford was at her staging area with his wife and showed up right around 9 a.m.

She said they mingled with everyone, were very nice, exchanged phone numbers and offered to help lead the parade for those who were nervous.

She said she too feels he is being "misportrayed” on social media.

Crawford is charged with the discharge of a firearm on or near premises, which is a third-degree felony.

The organizer of the parade told 10TV, “Over 18 thousand people showed interested in the parade and thousands of people showed up on Saturday, we had 18 staging areas around 270 where parade-goers briefly met up for staging, the pledge of allegiance, and prayer prior to getting on 270, it was a beautiful display of love and patriotism for our country, our law enforcement and our President.”

Hilliard police continue to investigate and additional charges are pending.

Crawford as arraigned on Tuesday and his bond was set at $250,000.  He has another hearing scheduled for next week.