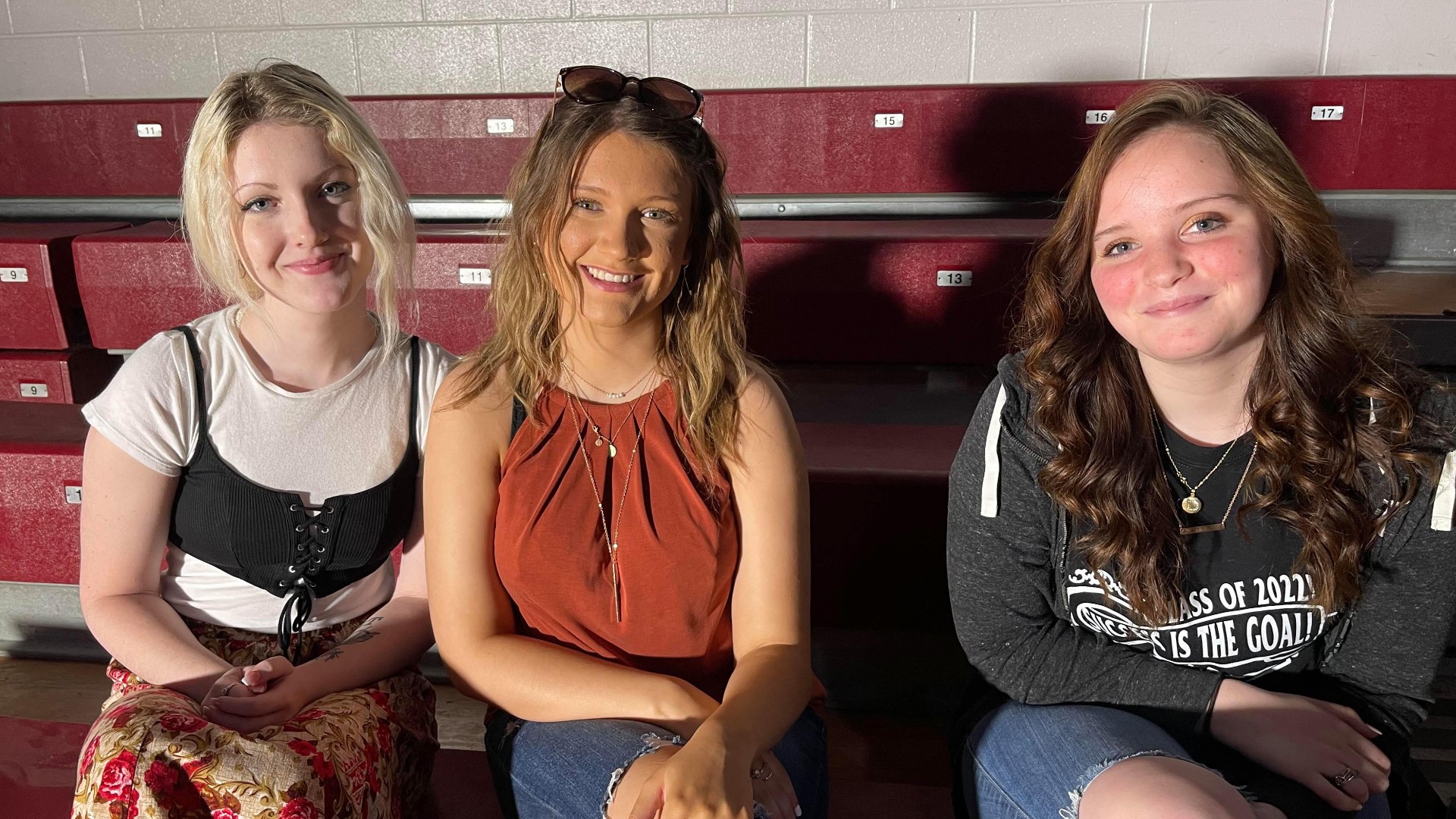 WAVERLY, Ohio — In their darkest of moments, a light came to them courtesy of someone they’d never met.

Three years ago 13 girls were strangers with similarities.

“Our entire life, like watching our parents be jerked out of the house by cops [and] being taken away from our parents,” Kaitlin Lansing said in 2018.

“My mom gave me up because she couldn’t take care of me and…,” Kellerman said as she began to cry. “I don’t know who my dad is.”

Sitting across the table from the girls in 2018 you could feel the pain and the hurt. Tolliver, Lansing and Kellerman were three of the 13 girls who piloted the Hurt to Hope program in Waverly, Ohio. It was a first of its kind in the state that offered everything from counseling to community service to an ear to bend.

It was all started by Waverly native Katelyn Hurt who, at 14, died by suicide in March of 2017. It was that pain and hurt that created the program knowing other girls were going through similar situations.

“I mean, there’s been some struggles, but more ups than downs,” Kellerman said.

Lansing and Tolliver, now both 18, say home life has improved. Lansing’s mother, she says, has been sober the last two years.

“I always told myself ‘You have to do this, you have to make it’,” Tolliver said. “That’s the only option you have.”

Tolliver is going to Kentucky this fall to study at Morehead State University. Lansing, who is already a state-tested nursing assistant, is graduating high school with a 4.0 GPA and plans to become a registered nurse.

All of it, they say, a credit to the Hurt to Hope program.

“Once we started having somewhere to go after school and having people to talk to I think that really helped me,” Lansing said.

“I’m not this poor girl,” Tolliver said. “I’m not. I’m strong. I’m independent. I’m hard-working. I’m smart and I know how to get stuff done and that’s what I’m going to do in college.”

They didn’t have much, seemingly, but what they did have was a light of inspiration.

“I want to credit Kim a lot,” Lansing said.

Kim Conley is the CEO at the Waverly YMCA. If Hurt to Hope is the orchestra, Conley is no doubt the symphony’s maestro.

“They’re the real pioneers, here,” Conley said. “I was just the one that was blessed to be in the position to go on this journey with them.”

She credits them. For them, it’s her.

“She won’t give herself the credit that she deserves, but she is absolutely incredible,” Lansing said. “She’s just like a mom to me.”

The program started with 13 girls in 2018. In 2021, attendance has grown to 110. It’s made possible thanks to community support and partnerships. In June of 2019, former Gov. John Kasich announced his office gave Hurt to Hope $200,000 in funds to help with start-up costs. Walmart also presented Hurt to Hope with a $20,000 donation that same year. We have reached out to Governor DeWine’s office for an update on funding for this program, and a possible expansion of it. We are waiting to hear back.

Every day is about growing, learning and sharing. For Conley, the best advice is not to talk, but to listen.

She did listen. To them. Three years ago.

Three years later they continue to listen to each other.

“All of these girls have definitely helped me a lot,” Kellerman said.

They remember where it all started.

“We will always hold a special place in each other’s hearts,” Lansing said. “I think that it’s like a forever friendship.”

They are hopeful for where the program is going.

“It’s like you have a superpower,” Tolliver said. “You go through all of this stuff and it’s like why did I go through all of it? I think God has this path for me to help others and it’s just really important to me to inspire others.”

They plan to be the inspiration, the guidance and the light for someone they’ve never met during their darkest of moments. 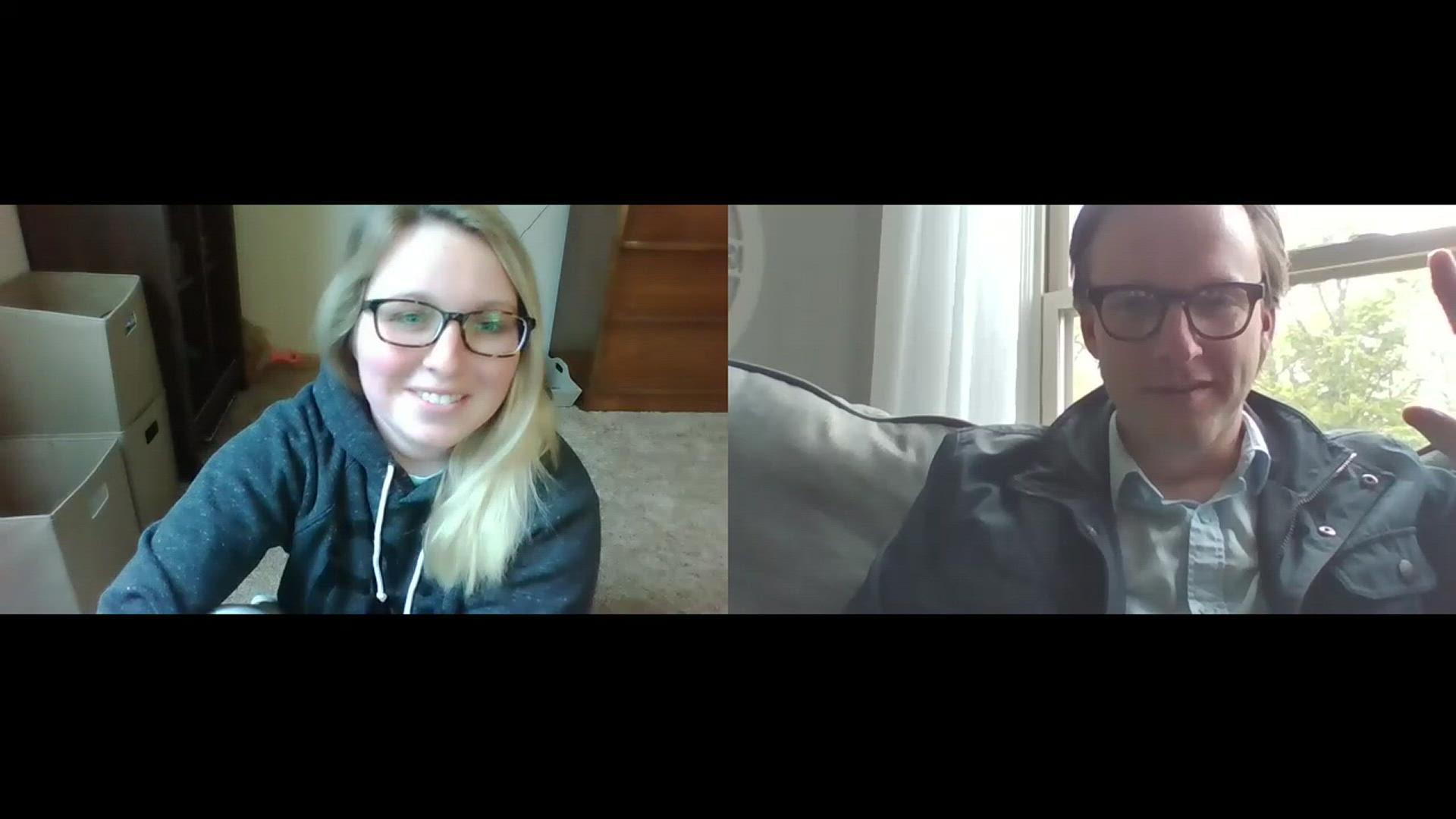