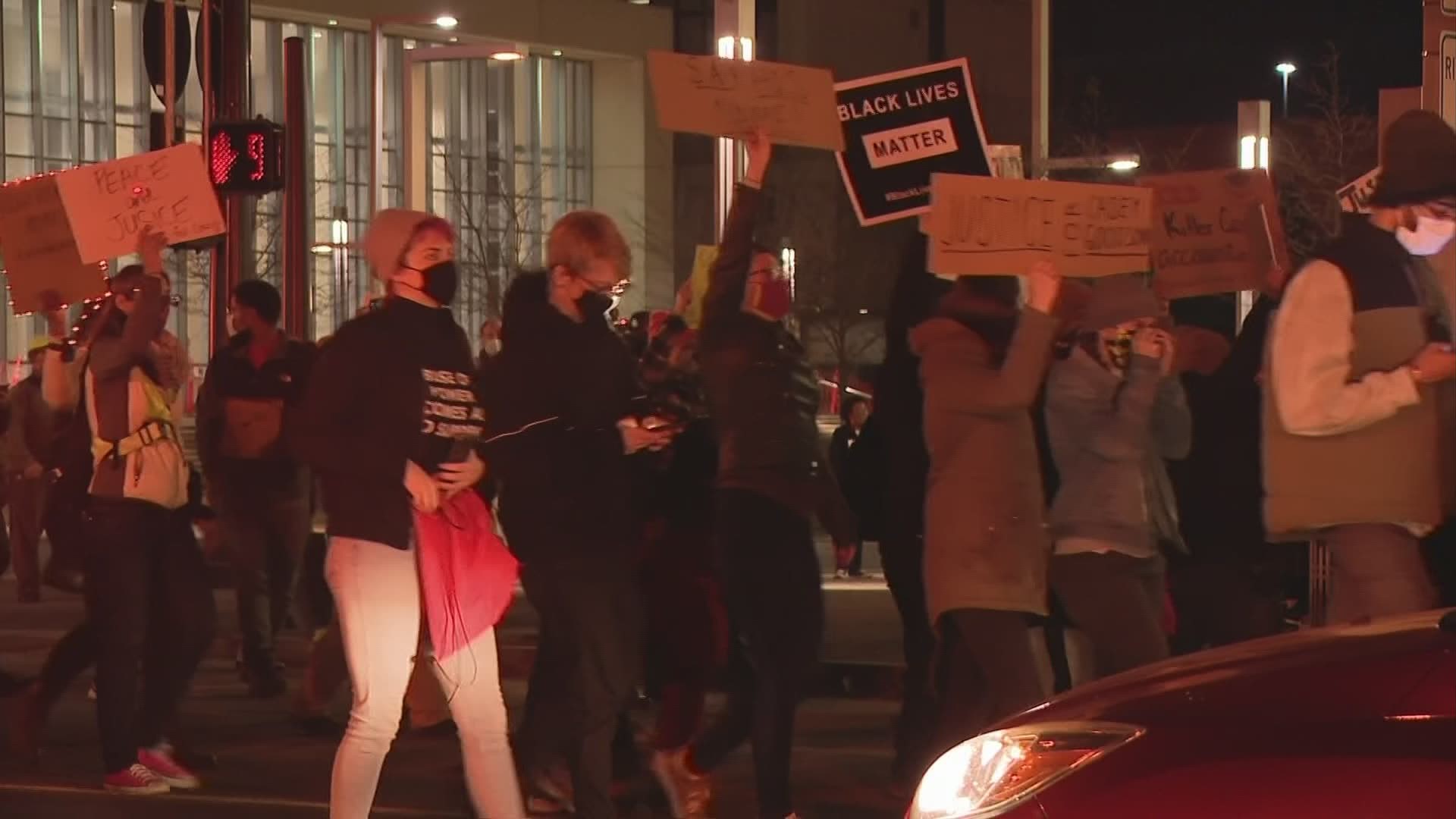 COLUMBUS, Ohio — A couple hundred people gathered in downtown Columbus Friday to protest for Casey Goodson Jr., who was shot and killed by a Franklin County deputy last week.

The group marched and held signs while chanting phrases such as "Justice for Casey," No justice, no peace," and "Black Lives Matter."

They started at the Franklin County Government Center at 373 South High Street.

After prayer and calls for change, the group walked about five blocks to the intersection of East Gay Street and NorthHigh Street.

Then they headed to West Lafayette Street and North Front Street before bringing their march back to the Ohio Statehouse.

The U.S. Marshals Service said on Dec. 4. a task force was wrapping up an operation when Goodson drove by and waved a gun at deputies.

On Dec. 11, U.S. Marshal Peter Tobin of the Southern District of Ohio said, "I previously provided commentary after arriving at the scene of the incident and made statements based on insufficient information that I received prior to the beginning of the official investigation into the shooting incident."

The Columbus Division of Police Critical Incident Response Team is investigating the shooting and said deputy Jason Meade reported seeing a man with a gun.

Columbus police said Meade was investigating when there were "reports of a verbal exchange" and Meade fired at Goodson.

Goodson's family said Goodson was shot while he was walking into his home carrying food.

Goodson was not the focus of the original operation.

Police said evidence in the case will be given to the Franklin County Prosecutor's Office to review and present the findings to a grand jury.

“we want Casey’s name to be the last name” pic.twitter.com/1NwKvXYXYq