Landon Hampton loves making dog treats and wants to eventually get a pup of his own. 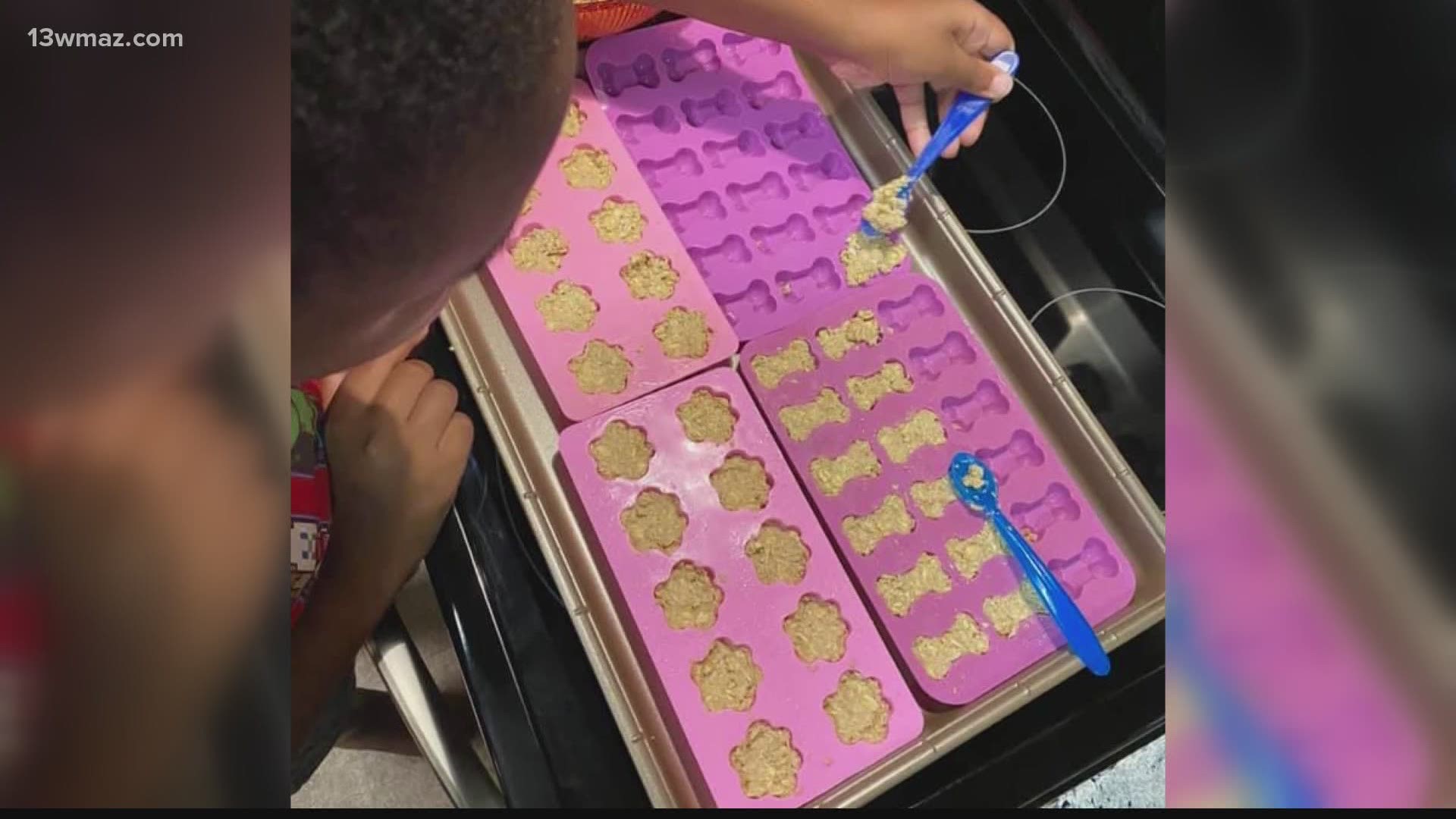 HOUSTON COUNTY, Ga. — For nearly a month, 8-year-old Landon Hampton has been busy making and selling his homemade dog treats.

He even started his own business called LJ's Delightful Doggy Treats.

"I love dogs and we're going to be getting one soon," he says. "I love making them [dog treats], and it's pretty fun because I get to put them in the oven."

Landon says he can't wait to one day make treats for his own dog.

He makes all kinds of flavors like peanut butter and oatmeal apple cinnamon, and of course he'll be unleashing a new pumpkin flavor for the fall.

He calls his treats 'troublemakers' and he's even started making some merchandise like little troublemaker dog bandannas.

Landon says he especially loves making personal deliveries so he can meet the dogs he makes treats for.

He's had close to two dozen orders so far and puts all the money he makes right back into his business and his future pup.