The old Hoster Brewery has been many things since it closed after prohibition but the vacant building is now undergoing a massive redevelopment. 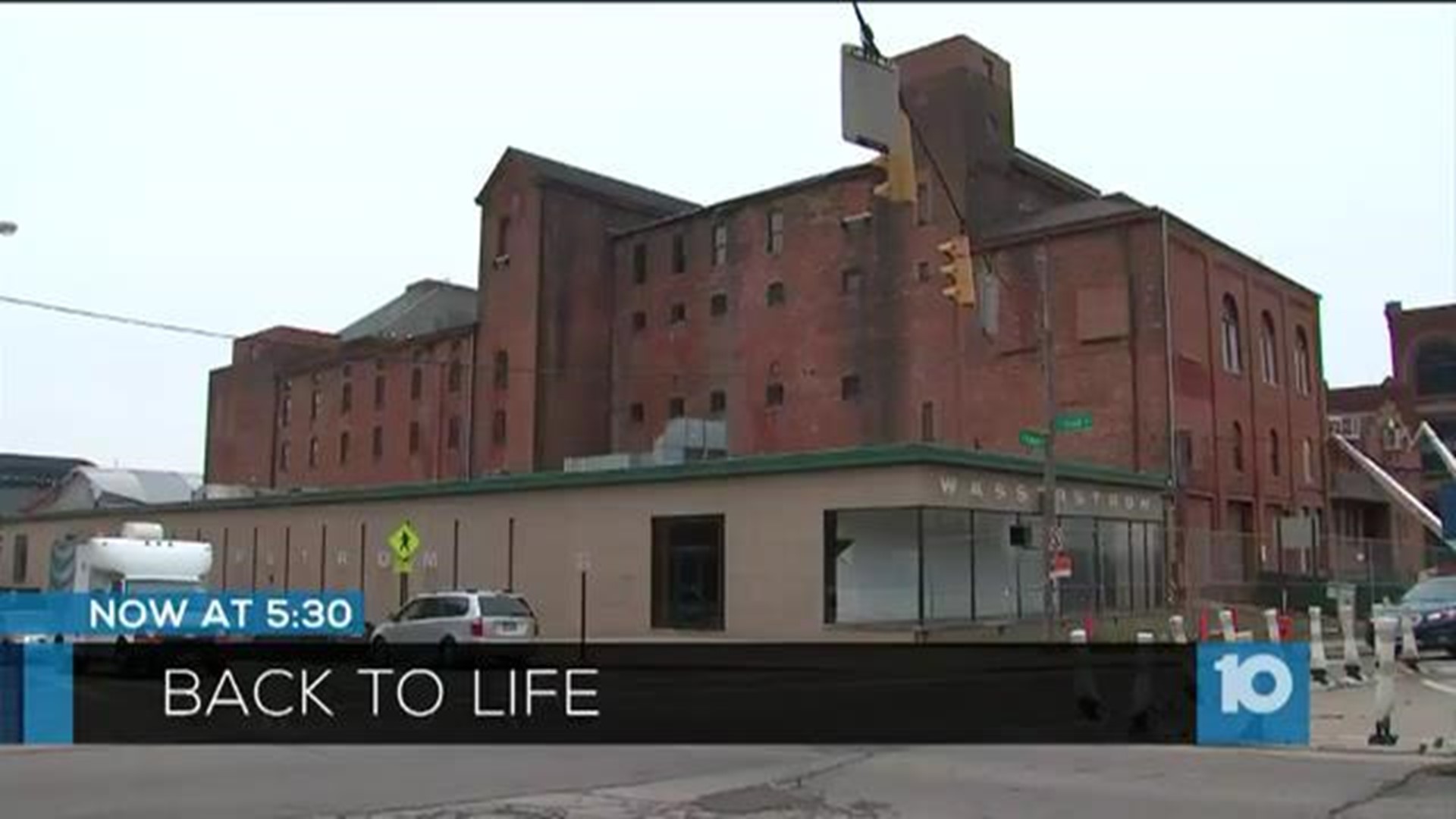 It's the last of the large historic buildings in Columbus.

The old Hoster Brewing Company is now part of a $70 million redevelopment that will capture much of its old-world charm with a mix of present-day practicality.

The building, which sits at the corner of South Front Street and West Fulton Street, is considered the front door to the Brewery District.

The old Wasserstrom showroom sits in front and will be torn down to make way for a seven-story boutique hotel.

"We see it as a place that when you come here, it's not a single room experience. We are going to let the building speak to what the rooms have become," developer Dwight McCabe said.

The building is now listed on the historic registry and that allowed the project to qualify for state tax credits. In December the building received $2,450,000. In June it received an additional $5 million.

The building became in a brewery in 1836 and grew into the largest brewery in Ohio until prohibition forced the Hoster family to close its doors for good.

Today, work is underway to restore this former Brewhouse into a place where people can live, work and eat.

"It's going to a place in the brewery district where everybody wants to congregate," says McCabe.

There are plans for two restaurants a coffee shop and loft apartments as well as a parking garage.

The design team says ushering a historic building into the future requires paying respect to the past and present.

"We're not going to make it old-timey. We want to make it fresh and inviting where people want to come and have fun but we want to respect the history at the same time," Sam Rosenthal of Schooley Caldwell said.

No one is more excited to see the Hoster brewery redeveloped than one of its descendants. Jay Hoster's great, great grandfather founded the brewery.

He said seeing the building come back to life allows his family name to continue to live in this neighborhood.

"I'm very excited that the Hoster name which has always been part of the brewery district will again be first and foremost in this area," Hoster said.