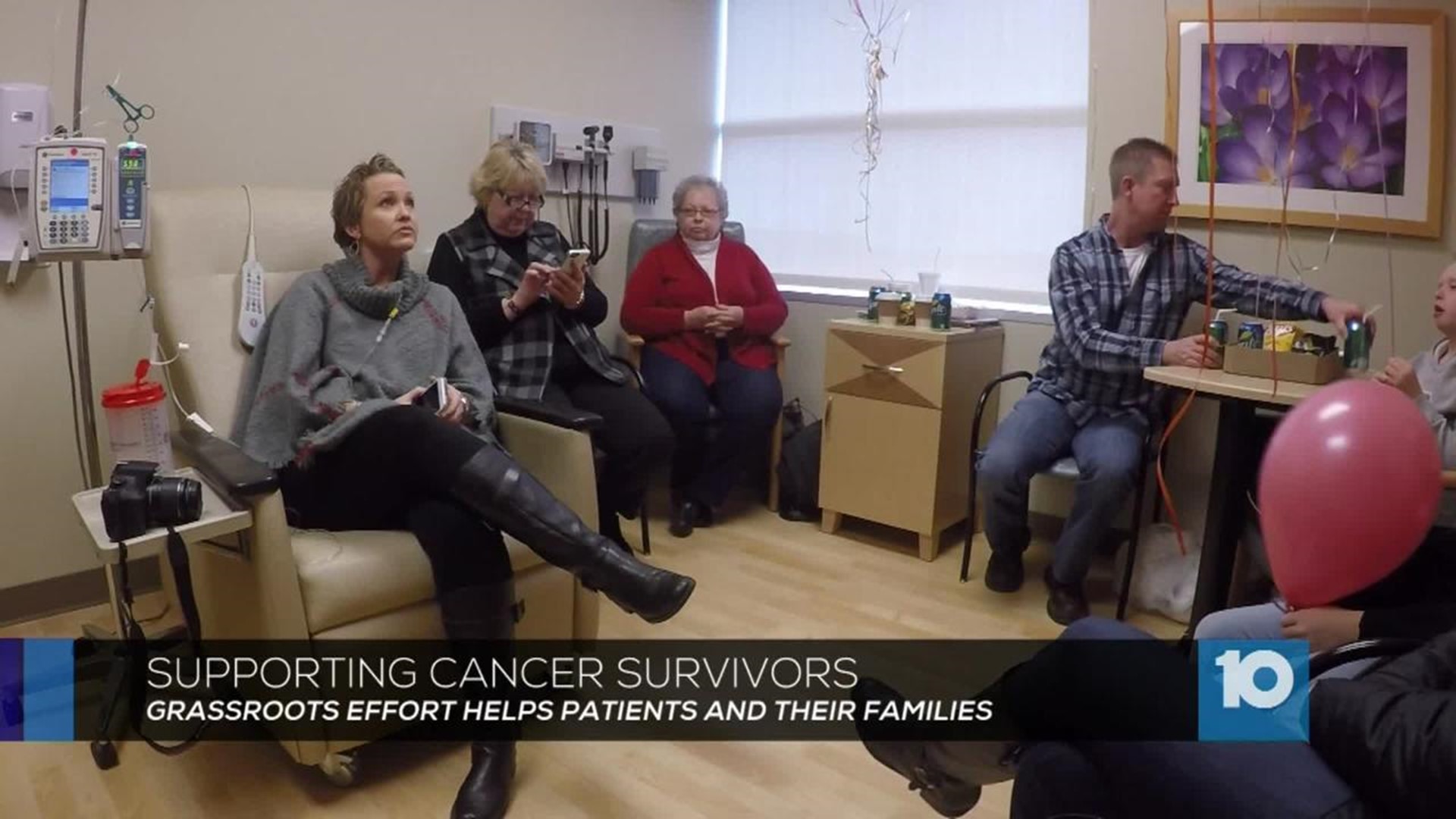 Families all over Central Ohio understand the stress and worries following a cancer diagnosis.

"It can be overwhelming," Jacquemin-Clark said. "We want those financially stressed families to know we stand with them."

She launched an organization called Hope Hollow. In 2015 the organization gave financially-challenged cancer patients 300 nights in free lodging. In 2016 that number grew to 500 and already weeks into 2017, Jane says they've provided 75 nights of lodging to those who need the support.

Hope Hollow also puts meals on the tables of families who may be forced to make tough financial decisions otherwise. It has provided transportation and gift cards for life's expenses.

Hope Hollow was built after Jacquemin-Clark's own life experiences. Her mother and two aunts died of cancer. Then doctors told her she had cancer, too.

"I grew up with people I love struggling with cancer, then I was diagnosed eight years ago," said Jacquemin-Clark. Her lifelong exposure to the disease left her with determination to help.

"I always knew I was meant to do something to help cancer patients and Hope Hollow is it," she said.

"There were multiple tumors overlapping each other and it was already pretty far advanced," said Turner. "We trusted the doctors at the James and they said it was very aggressive."

The Turner family lives in the Dayton area and transportation to and from center weighed on her family.

"It made a huge difference that Hope Hollow offered us a place to stay between treatments without charge, but what became really life-changing was the relationships that formed. Jane and Kevin are family," said Turner.

As Turner completes the treatments for her 2015 diagnosis of stage-3 cancer she said she was happy to do it with her new family of Hope Hollow by her side.

The organization has already raised more than $60,000 which will go to Hope Hollow. They say all donations at admission to their event at the McConnell Arts Center will work to help additional cancer patients and their families.