A group of engineers at Honda came together to help out a co-worker who had one of their arms amputated. 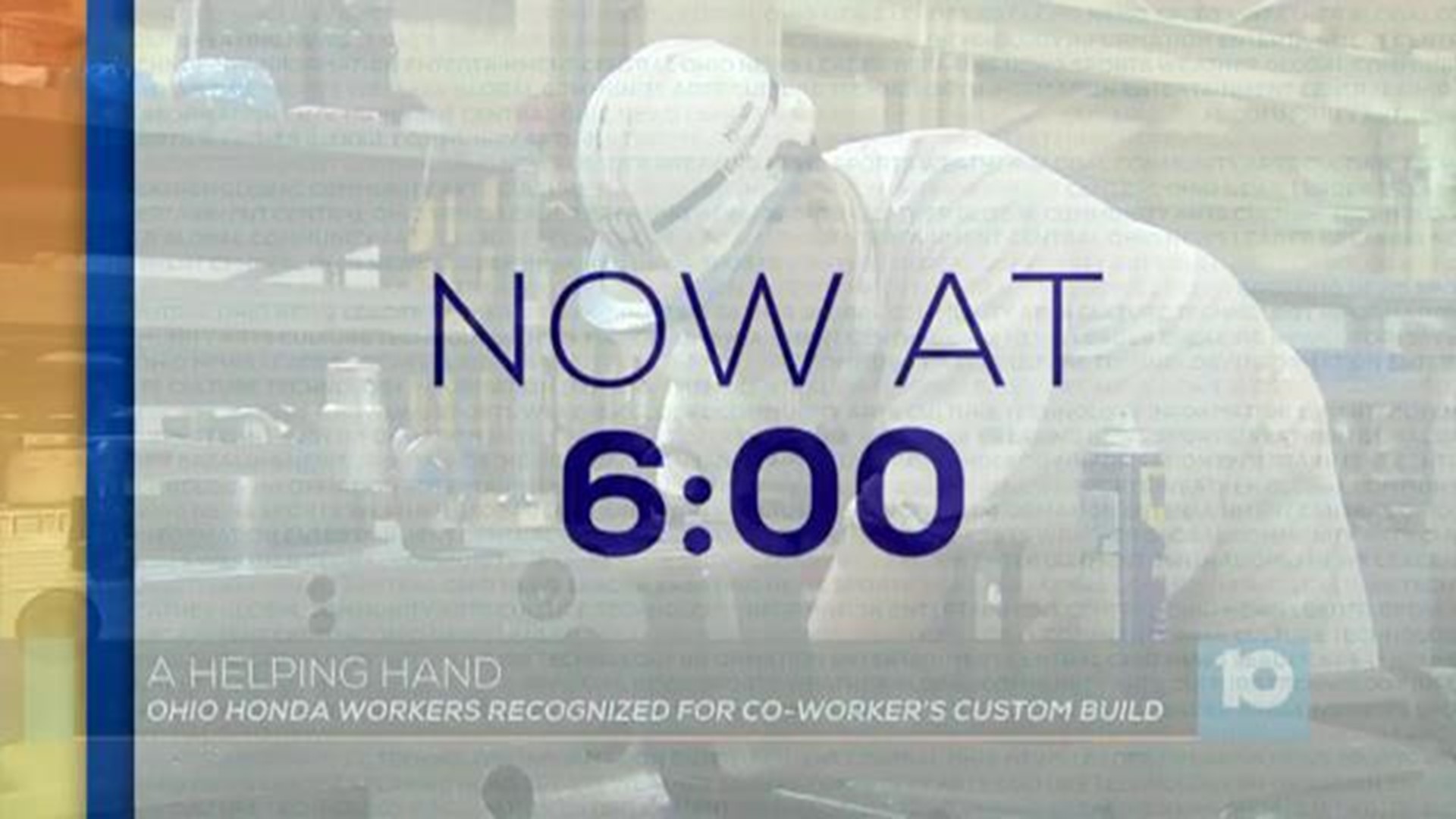 Most companies encourage workers to build relationships and get to know their co-workers outside of work but a group of Ohio engineers did something for a colleague inside of work and it may be a first. They did it all for Tony.

“I’d see Tony get out of his car and get in his wheelchair and come up to work every day,” Frank Kahle said.

Frank’s goal was the same as all his co-workers at Honda in Anna: Get Tony Leonard back on his feet.

Tony is a fellow Honda employee who had health problems that made his legs weak in the early 2000’s. He needed a cane to get around.

By 2013, he needed spinal surgery. Later that same year, Tony had to have his arm amputated. None of it stopped him from the job he loved.

“He had his arm amputated he came back the following week to work. To me, that’s unheard of,” co-worker Susie Bowles said.

That’s exactly why the team of car engineers stepped in to build Tony a new arm.

“I’d personally watched a YouTube video with Robert Downey Jr., you know Iron Man, and he’d partnered with a local college and they had 3-D printed an arm. It was pretty obvious to me that we were capable of doing it," Kahle said.

He insisted it not only could be done, but needed to be done. So, they did it. They built Tony an arm.