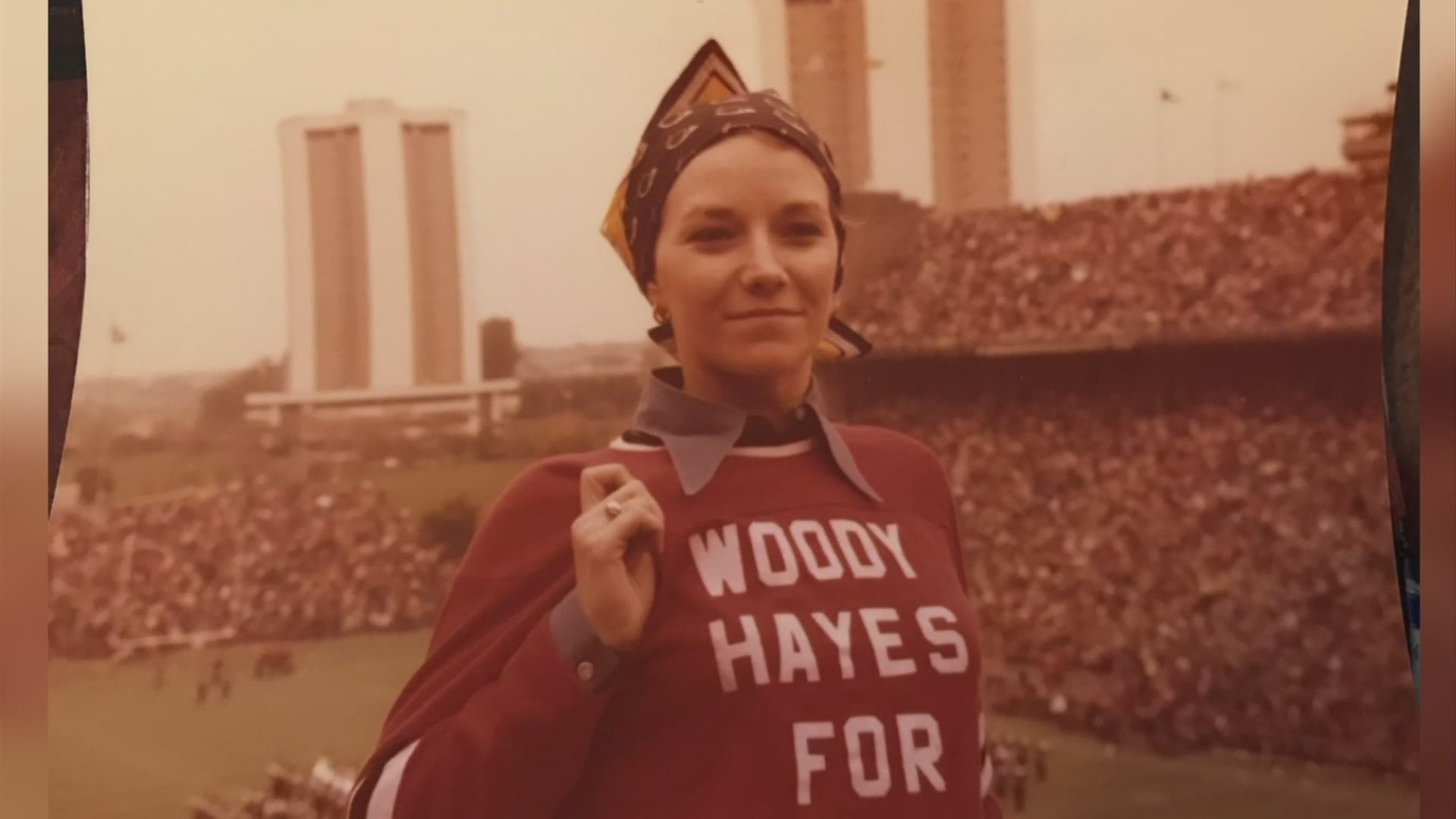 "I'd say that I am very much a Buckeye football fan, but I get it honestly," Campbell said.

His mom, Beverly, went to OSU and remained a big fan. She wanted her sons to experience the feeling of being inside Ohio Stadium.

"She used to describe the roar of the stadium to me," Campbell said. "She would say how energizing it was to be part of something that big."

Campbell said his mom died in 2016 from a heart attack. Recently, during a visit home to Ohio, he and his aunt went through old family photos.

"I found a bunch of photos of my mom from the 1970s, which I had never seen before," he said. "I found this one of her at the stadium. She's got this slight smirk on her face like she knows something no one else does ... and not only that, but she's wearing this sweater and it says, 'Woody Hayes for Pope,' which is just fantastic. I think any Buckeye fan would think, 'Wow, I need that sweater!'"

Campell is a journalist, so he did some digging. However, he could not find the iconic sweater. So, he sent a message to Homage. He told the clothing company about his late mother's sweater and how he wanted one, but he didn't expect a response.

About a week later, the sweater arrived in the mail. Homage never asked for any payment in return.

"I was just smiling from ear to ear. I couldn't believe it ... getting this sweater feels like—pun fully intended—feels like I'm paying homage to my mom," he said. "I just want to say thank you to Homage for listening, for empathizing, for being a company that puts its money behind its values."

Campbell said he plans to wear the sweater every time he cheers on the Buckeyes. 10TV's Angela Reighard asked him what his mom would think.

Homage sent a statement to 10TV about why they wanted to do this:

"With so much suffering in the world we wanted to share a little love and light. The loss of a parent is never easy, and helping Sam remember his late mother was a simple way to “pay homage” and help keep her memory alive."