When faced with an emergency, officers say getting information as quickly as possible can be hard. That's where the drone comes in. 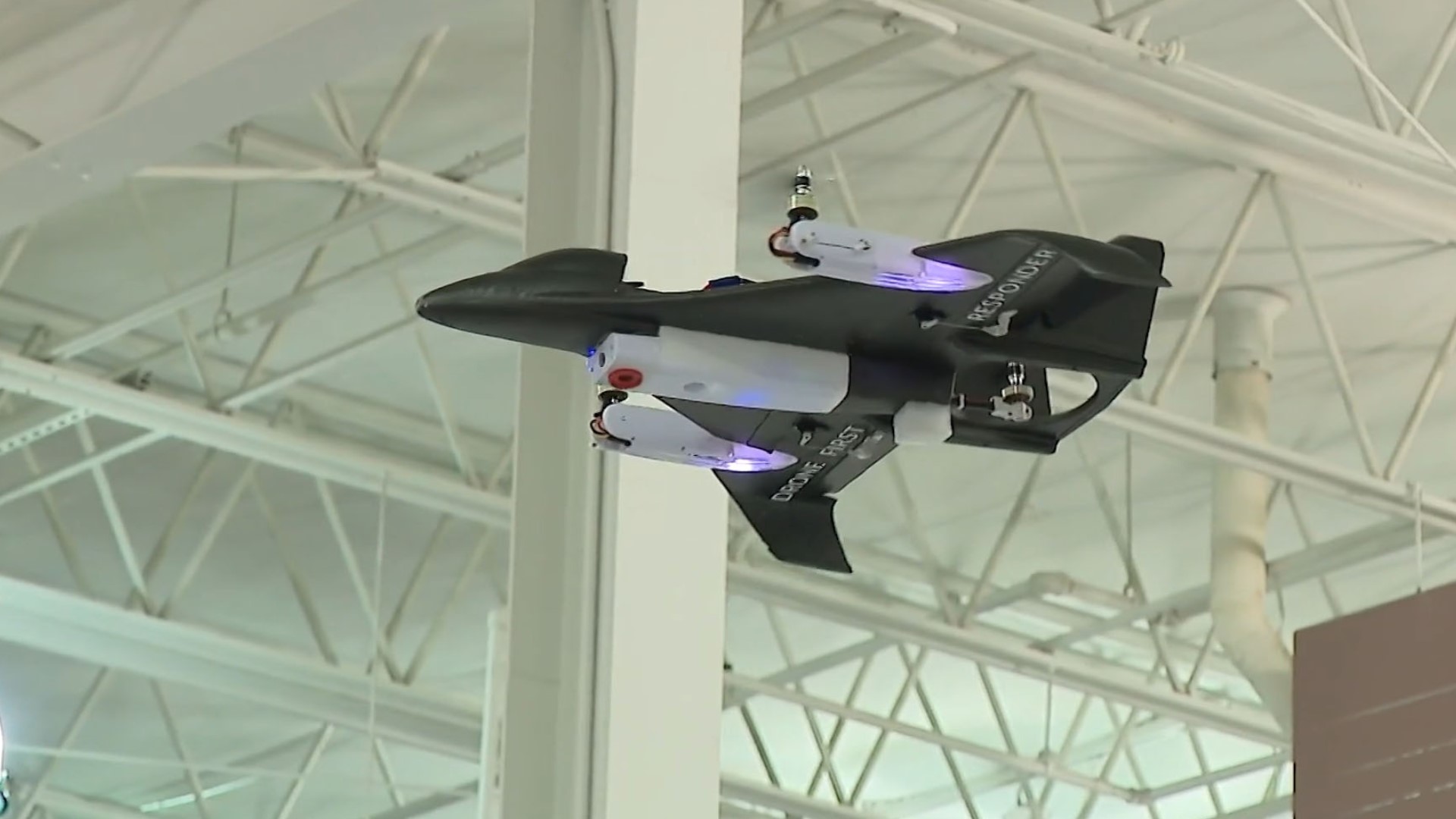 HILLIARD, Ohio — You've heard of businesses like Amazon testing drones so you can have speedy delivery of any good you want. What if that same technology could be used to save your life?

Drones have become pretty common-place, many businesses have started using them. The limitation now is that the pilot has to be able to see the drone. In Hilliard, they are working on a drone that can fly up to 80 miles per hour, and could help with emergency response.

When faced with an emergency, first responders say it's sometimes hard to get all the information to help in the best and fastest way possible.

“Many times information gets lost between the caller, the dispatcher and the officer. If we can tighten that information up, make it actionable before we ever get there, it changes what we do when we get there, how we get there, and what we bring,” said Hilliard Assistant Chief Eric Grile.

Several police departments and first responders have started using drones to get more information once they get to an emergency. That takes time, when time can mean the difference between life and death.

“If we can get person overhead or we can get a craft there overhead shooting video back, we can obtain that information before we get on-scene which could drastically increase our ability to bring the resources necessary in a shorter amount of time,” Grile said.

In Hilliard, GhostWave, Inc., LIFT Aircraft, and Parallax Advanced Research are working on drone technology that can be flown without the pilot being within eyesight of the craft, or have a big enough drone-type aircraft, one person can fit inside.

“If I can skip traffic flow, either by flying the HEXA that direction or an unmanned drone with a camera, I can get there in less than a minute on a response that may take 5-7 minutes,” Grile said.

They are testing a smaller prototype now.

“This goes 45 mph, it will fly approximately 22-30 minutes, depending on the glide,” said John Bair, CEO of Converge Technologies.

With a second version in the works that can fly almost twice as fast, meaning eyes on the emergency, giving valuable information.

“When this takes off, it's all autonomous. You can have people watching it, and you can have control over it if you want to take it,” Bair explained.

If they can get FAA approval, this technology will create valuable jobs.

“The hope is that the 4-5 businesses they have in here now become 20-25 very shortly,” said David Meadows, Hilliard’s Economic Development director.

“It's very important to me personally for first responders that we are a part of this technology, that it is not a commercial venture to deliver packages. There is a value in human life that this can bring and assist every type of emergency response,” Grile explained.

Hilliard police won't have the drone up keeping an eye on residents, patrolling the area.

They will only deploy the drones or aerial vehicles to respond to emergencies.

You can learn more about the technology and how it works by clicking here.