Hilliard man accused of hate crime says he should apologize

Todd Williams was caught on surveillance video writing on the front door windows of the Ahlul-Bayt Society Islamic Center. 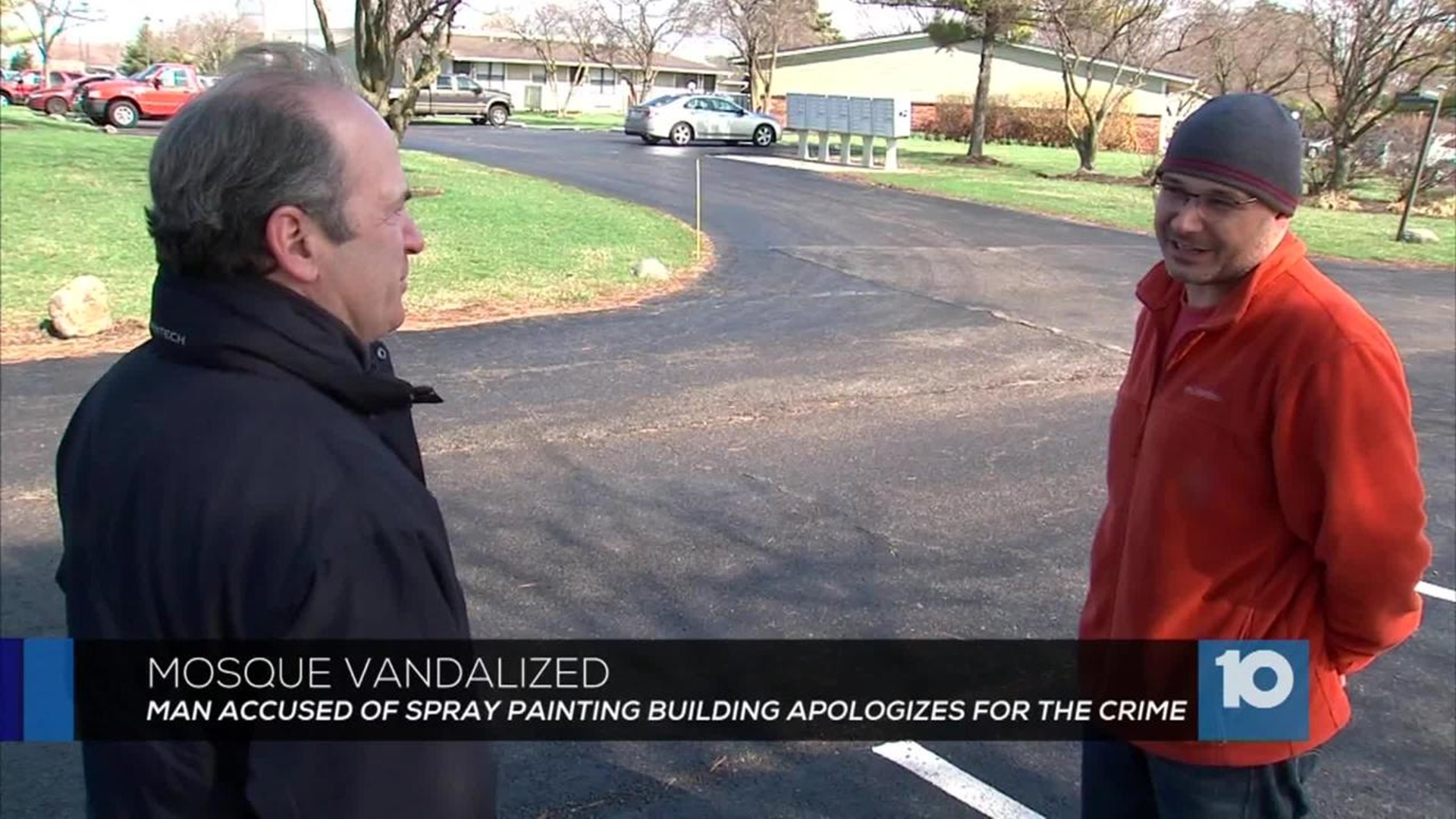 HILLIARD, Ohio -- When a 10TV crew arrived at his home Thursday afternoon, Todd Williams didn't want to answer questions about the writings on his car, or the accusation of a hate crime against him.

"It's not hate. I care about their soul. I want them to turn to the true god," he said.

Williams was caught on multiple surveillance cameras outside an Islamic Center on West Dublin-Granville Road on February 11.

The camera above the door caught him dressed in a knit hat and dark sunglasses. The video shows Williams pulling out a marker and writing statements such as "Allah is a fraud dum dums,' and "Repent. Turn to true God and Jesus or burn forever."

"I didn't vandalize. I wrote on them to turn back to the true god" he said.

Police said surveillance cameras captured his license plate which reads "Rapture3," and that led police to Williams and his brightly painted car.

When asked about writing "or burn forever," Williams said: "If they don't all go to the true god...if you read the bible we either go to heaven or hell," he said.

Williams said he understands people have a right to their own beliefs and also admitted what he did was wrong.

"I'll probably have to pay a penalty but it's not because I hate 'em. I write it on my car for everybody," he said.

Lisa Helms, Willams next door neighbor, was surprised to learn of his alleged crime.

She called Williams kind but was not a fan of the writings on his car.

"The Christian language on the car I think would offend most Christians. Like if you don't live here, don't stay here...if you complain about this, go home," she said.

As for Williams, he said he's ready to make amends.

"Absolutely I would apologize to them because I feel bad I should have talked to them and not write on there," he said.

A Franklin County Grand Jury charged him with a felony county of desecration, a misdemeanor count of ethnic intimidation, as well as criminal mischief.

Perry Township police said Williams had no prior criminal record and is not employed.

The U.S. Attorney along with the Franklin County Prosecutors Office worked on the case.