From concerts, to festivals, to dinosaurs at the zoo, 10TV has compiled a list of events set to take place this summer. 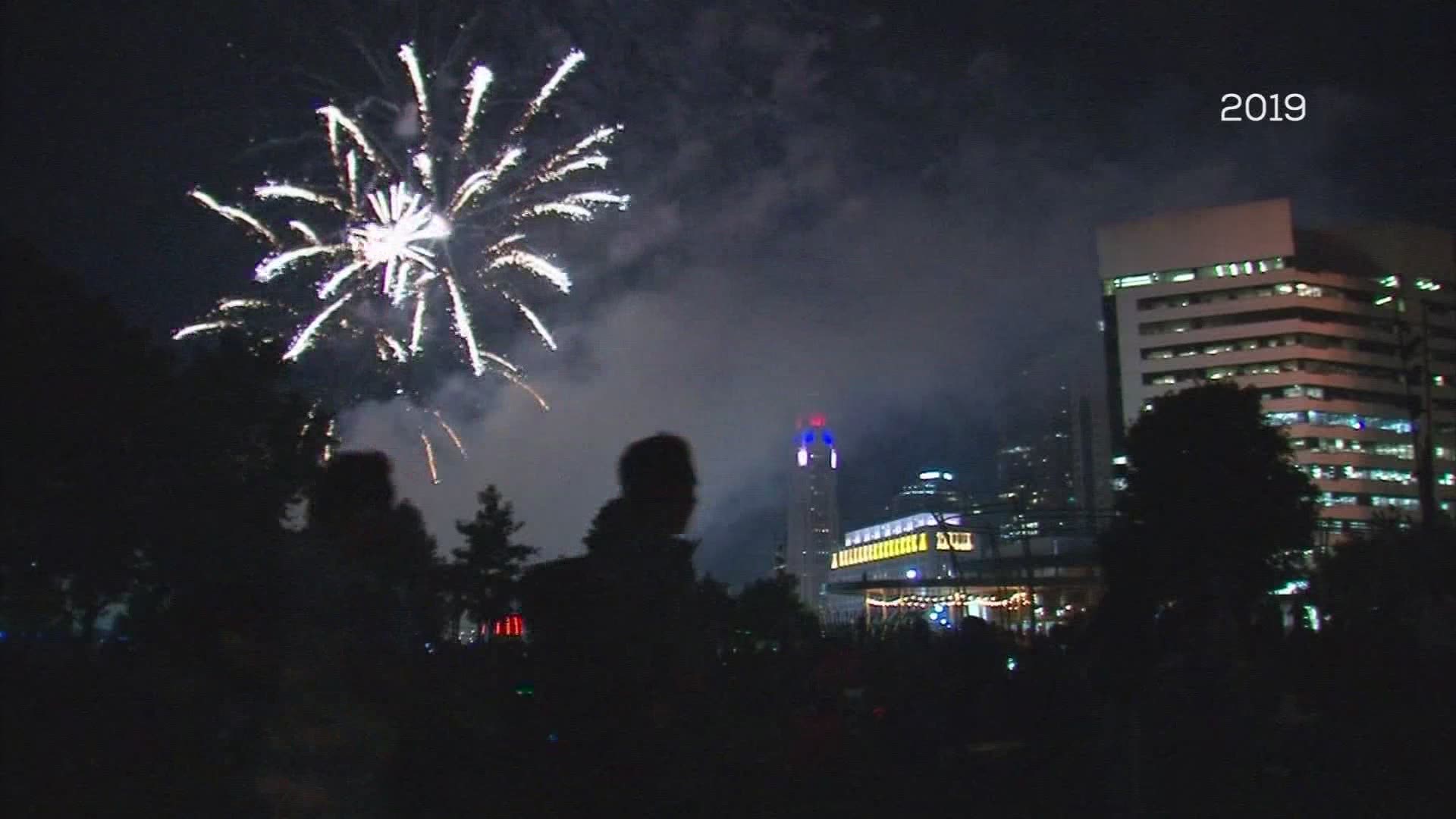 COLUMBUS, Ohio — Summer in central Ohio is typically accompanied by long days filled with live music, good food and plenty of excuses to get outside.

While the pandemic canceled most events last year, several have already announced plans to return this season.

From concerts, to festivals, to dinosaurs at the zoo, 10TV has compiled a list of events set to take place this summer, so you have plenty of time to start preparing.

Just keep reading for everything you need to know.

May 29- Oct: Dinosaur Island returns to the Columbus Zoo and Aquarium. The event transports guests back 251 million years and, this year, features 15 new dinosaurs.

May 31- June 6: The Memorial Tournament takes place at Muirfield Golf Club in Dublin. The PGA Tour golf tournament was designed to honor distinguished golfers, both living and those who have passed. Fully vaccinated attendees will not be required to mask up at this year's event.

Movies by Moonlight kicks off at Easton Town Center. This year’s movie lineup is:

June 5: Park Pop-Ups will run each Saturday through Aug. 28. The pop-ups will be spread out through 45 different Columbus area parks, featuring live music and entertainment.

June 12- July 31: The Columbus Symphony’s Picnic with the Pops returns to the Columbus Commons. Performances will be updated here as they’re announced.

June 3- Aug. 12: Hilliard’s Summer in the City series begins with Celebration at the Station held each Thursday from June 3 through August 12. The event takes place at Hilliard's Station Park and features free live music and refreshments.

June 13- Aug. 8: Sprouts Night Out kicks off in Hilliard, offering live music and activities designed for kids and the whole family.

June 19-26: The Pickaway County Fair returns to Circleville, featuring a week of attractions and agricultural experiences.

July 2: Color of Summer takes place at the Columbus Museum of Art. The event showcases work from 50 artists throughout the region. Guests are invited to participate in interactive experiences and a silent auction.

July 4: Several Independence Day events are taking place throughout central Ohio on the days surrounding Fourth of July weekend. You can find that list here.

July 4: The Doo Dah Parade returns to Columbus, celebrating free speech and liberty with a satirical twist. The parade begins at 1 p.m. and will wind through Victorian Village and High Street, wrapping up with a live party and music at Goodale Park.

July 10-17: The Madison County Fair returns for a week filled with exhibits, entertainment, and agricultural competitions.

July 9: Canal Winchester hosts its first of two Free Movies in the Park showings. Movies will be held at Hanners Park beginning around 9 p.m. Onward is the first movie scheduled to play.

July 19-25: The Franklin County Fair returns to Hilliard, featuring a variety of vendors and other attractions.

July 19-25: The Jazz & Rib Fest BBQ Week returns to Columbus, only this year's event will look a little different. The week-long event will feature all the great foods normally offered, only spread out at participating restaurants, tap rooms and food trucks.

July 22: The CAPA Summer Movie Series returns to the Ohio Theatre, beginning with a showing of Alfred Hitchcock's The Man Who Knew Too Much on Thursday and Friday, followed by a series of classic showings set to last through August.

July 24: Uncorked Wine Festival returns to COSI. The festival offers more than 150 wines and champagnes from across the world and guests are given full access to the museum to explore.

July 27- Aug. 8: The Ohio State Fair kicks off. This year, the fair will be closed to the public, but will remain open for agricultural events and educational competitions. Learn more here.

July 30-31: The Columbus Food and Wine Festival returns to the Short North near Goodale Park, bringing with it wine tasting, live music, and food from some of the city's most acclaimed chefs.

Aug. 5-8: The Dublin Irish Festival, which marks the largest three-day Irish festival in the United States, returns. This year's event will feature a series of celebrations throughout Dublin and will serve as more of a hybrid event to keep participants safe, according to organizers.

Aug. 6-18: The Hartford Fair is set to return in Licking County, with agricultural events, picnic space, and more family-friendly activities.

Aug. 13: Canal Winchester hosts its second Free Movies in the Park event, featuring The Little Rascals. The movie is set to begin at 9 p.m. in Hanners Park.

Aug. 21-22: The Columbus Food Truck Festival returns, only this year's event has relocated to the Franklin County Fairgrounds. It will feature food from more than 50 vendors around Ohio and throughout the Midwest.

Aug. 28-29: Wonderbus Festival takes place on The Lawn at CAS. The festival will be Ohio's largest live concert hosted in over a year, and features live music from performers like Ke$ha, The Knocks, and Grouplove.

That same weekend, Urban Scrawl will be held in the Franklinton Arts District. The event is a two-day art festival, with artists working throughout the weekend to showcase the process of their work.

Also on Aug. 28, the Columbus Fiery Foods Festival returns to Main Street Bridge in downtown. The event will last through the weekend, providing an array of spicy foods from local salsa and hot sauce makers, and more.

Sept. 3-4: The Breakaway Music Festival is held at the Historic Crew Stadium, featuring performances from Kygo, Chelsea Cutler, and other artists.

Sept. 4-5: The Caribbean Festival returns to the Delaware County Fairgrounds. The festival will feature live music, dancers, food, and more and runs from 11 a.m. to 11 p.m. both days.

Sept. 17-19: The Creekside Blues and Jazz Festival returns to Gahana, featuring live music performances and outdoor shopping at local vendors. This year's lineup will be updated when it's announced.

Sept. 18: Festival Latino returns as ¡Viva Festival Latino en Concierto!, a live, in-person concert at the John F. Wolfe Columbus Commons downtown. The concert is free, but tickets must be reserved in advance.

RELATED: Dinosaur Island set to return to the Columbus Zoo in May

RELATED: Wonderbus Music and Arts Festival is returning to Columbus 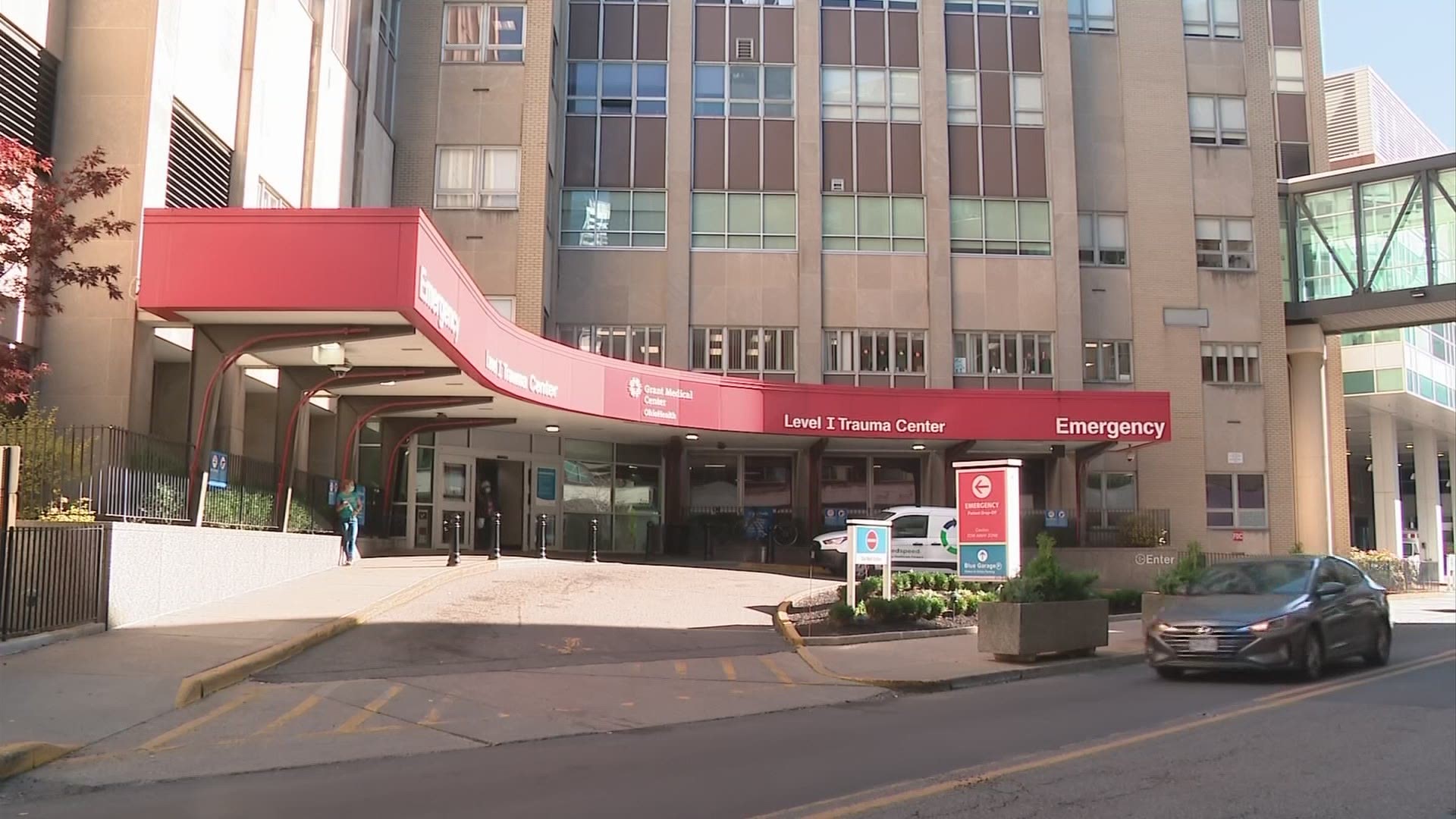