As of noon, a total of 4.5” of rain had fallen over the span of an hour and a half in Reynoldsburg, according to the National Weather Service. 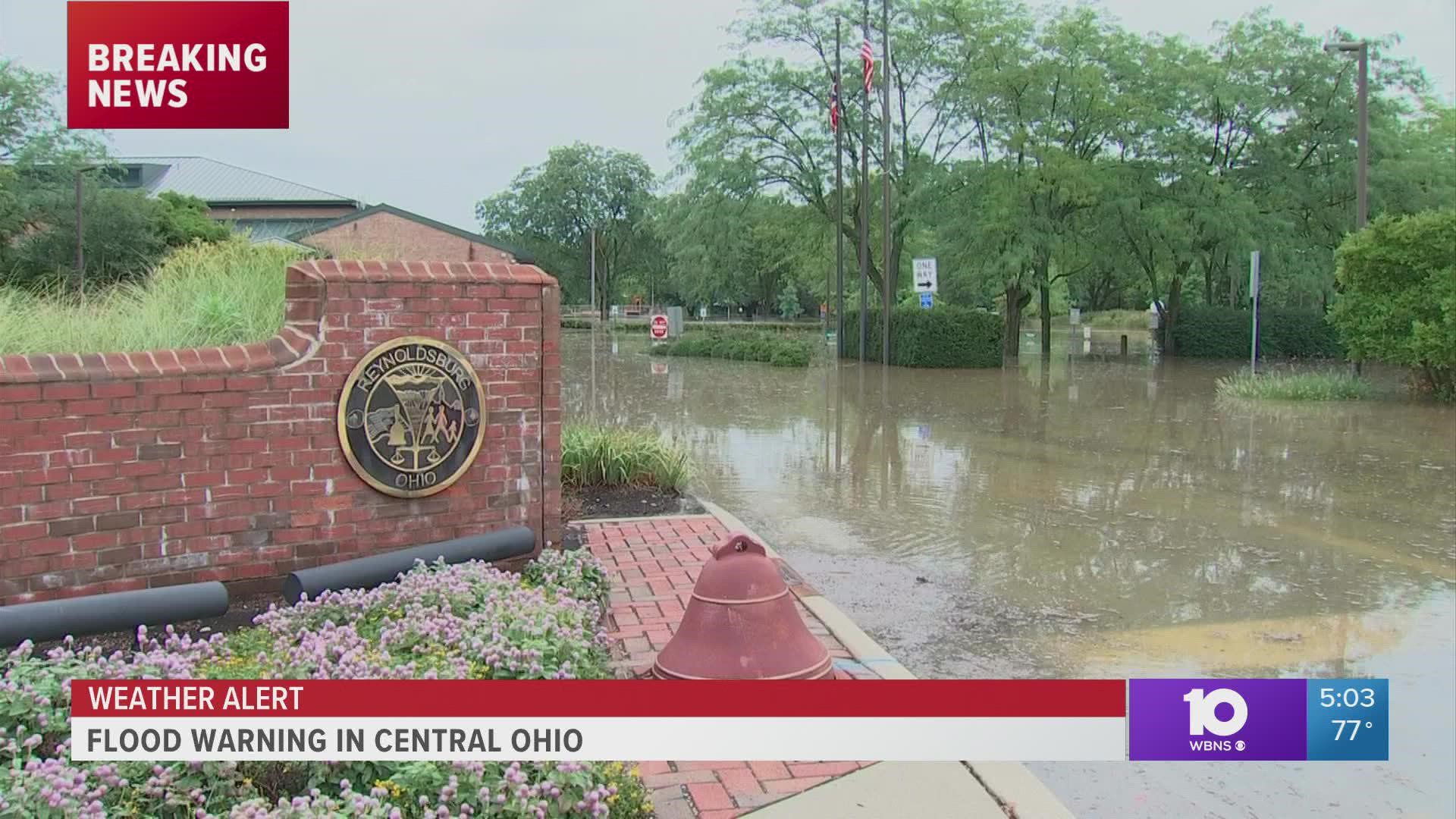 REYNOLDSBURG, Ohio — The rain has moved out but not before pouring several inches over water across central Ohio on Tuesday.

Major flooding outside Reynoldsburg City Hall. Parking lot is completely covered in what appears to be a couple feet of water. Water is also cutting into Main Street. Rain has stopped for now but a Flash Flood Warning remains in effect for the area until 3 pm. @10TV @NWSILN pic.twitter.com/cIeuVw2oTl

As of noon, a total of 4.5” of rain had fallen over the span of an hour and a half in Reynoldsburg, according to the National Weather Service.

[1210 PM] 4.5" of rain has fallen in the last 90 minutes in Reynoldsburg area of eastern Columbus. Road closures in the area. Heavy rain continues in this area but winds down over the next hour. Considerable flash flooding potential exists. Never drive through flooded roads!

A Flood Warning that was in effect has now expired. The National Weather Service says flood waters have receded and flooding no longer poses a threat.

I've never seen our street in Reynoldsburg flood like this. It's been straight pouring for at least 2.5 hours. pic.twitter.com/fLZ5BWuH5h

You can keep track of the latest breaking news and weather updates by downloading to 10TV News app.