Health commissioner in favor of mask mandate in Toledo

Toledo City Council was set to vote on a potential mask ordinance on Tuesday but meeting was adjourned before council members could vote on any issue. 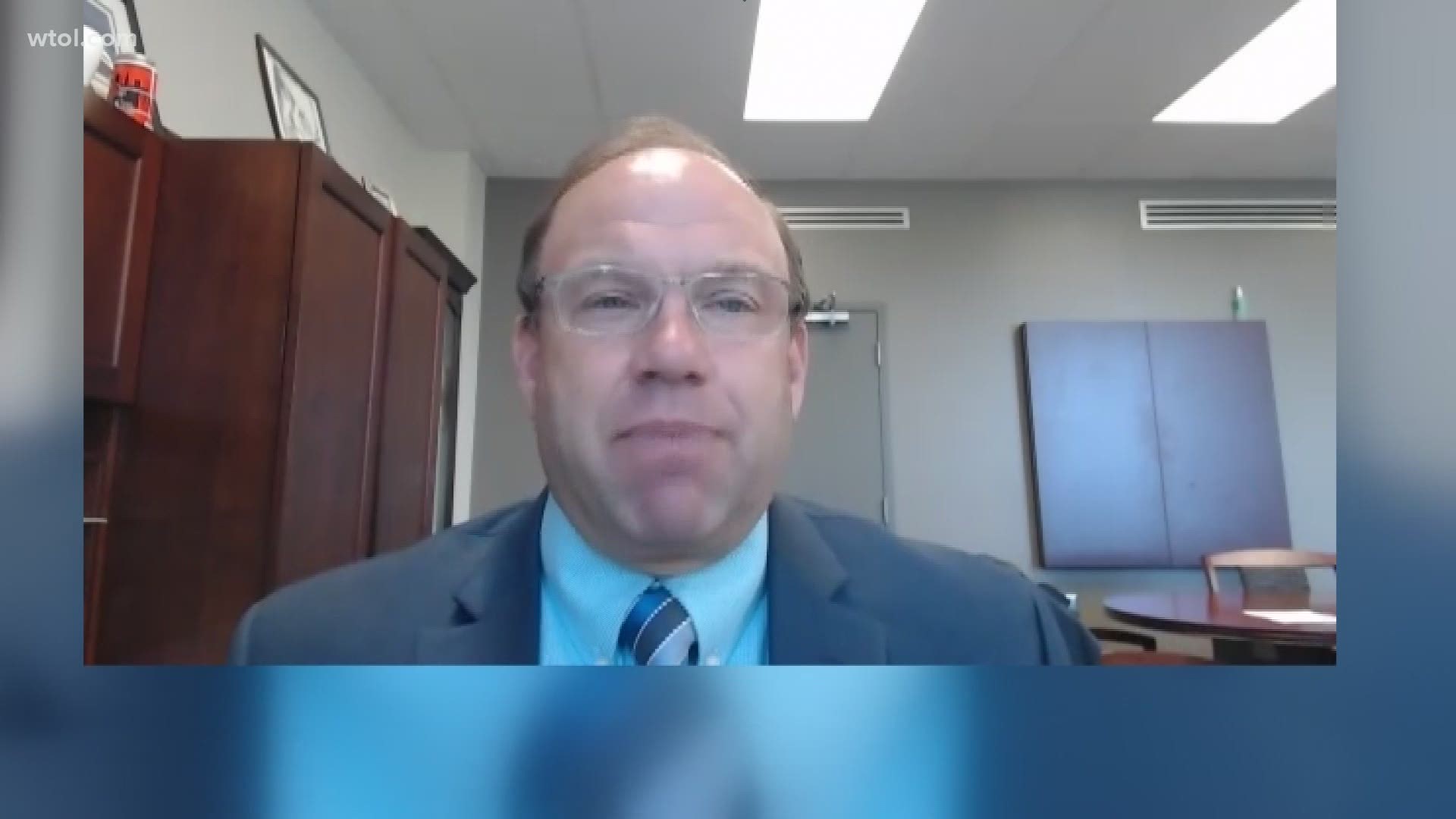 TOLEDO, Ohio — Mask mandates are popping up in cities across Ohio, especially as COVID-19 case numbers continue to rise. But what exactly does a mask mandate do, and how can it help?

"Think about it, it stops droplets from coming to you, but more importantly it stops droplets that you might breath out going through to somebody else," said Toledo Lucas County Health Commissioner Dr. Eric Zgodzinski.

The CDC continues to recommend face coverings in crowded public places, to contain droplets of what could potentially be COVID-19.

But right now it's no secret not everyone is wearing a mask, which is why many cities like Columbus, Cleveland and Dayton are making it mandatory. Additionally, Governor DeWine announced mask requirements in counties designated in the state's "Red Level 3" Public Health Emergency Alert system.

Zgodzinski said while Lucas County isn't necessarily in as bad of a spot as places like Franklin County when it comes to case numbers, a mask mandate is necessary and would help us get in a better position.

"It is a relatively simplistic way to stop the spread of the disease, coupled with social distancing, washing your hands, staying hope when you can, it's just another tool in the toolbox," said  Zgodzinski.

Toledo City Council was set to vote on a potential mask ordinance on Tuesday but meeting was adjourned before council members could vote on any issue.