'He was my best friend': Black families grieve the loss of loved ones at the hands of law enforcement

Both Tamala Payne and Karissa Hill say they want justice for what they call the “murder” of their loved ones. 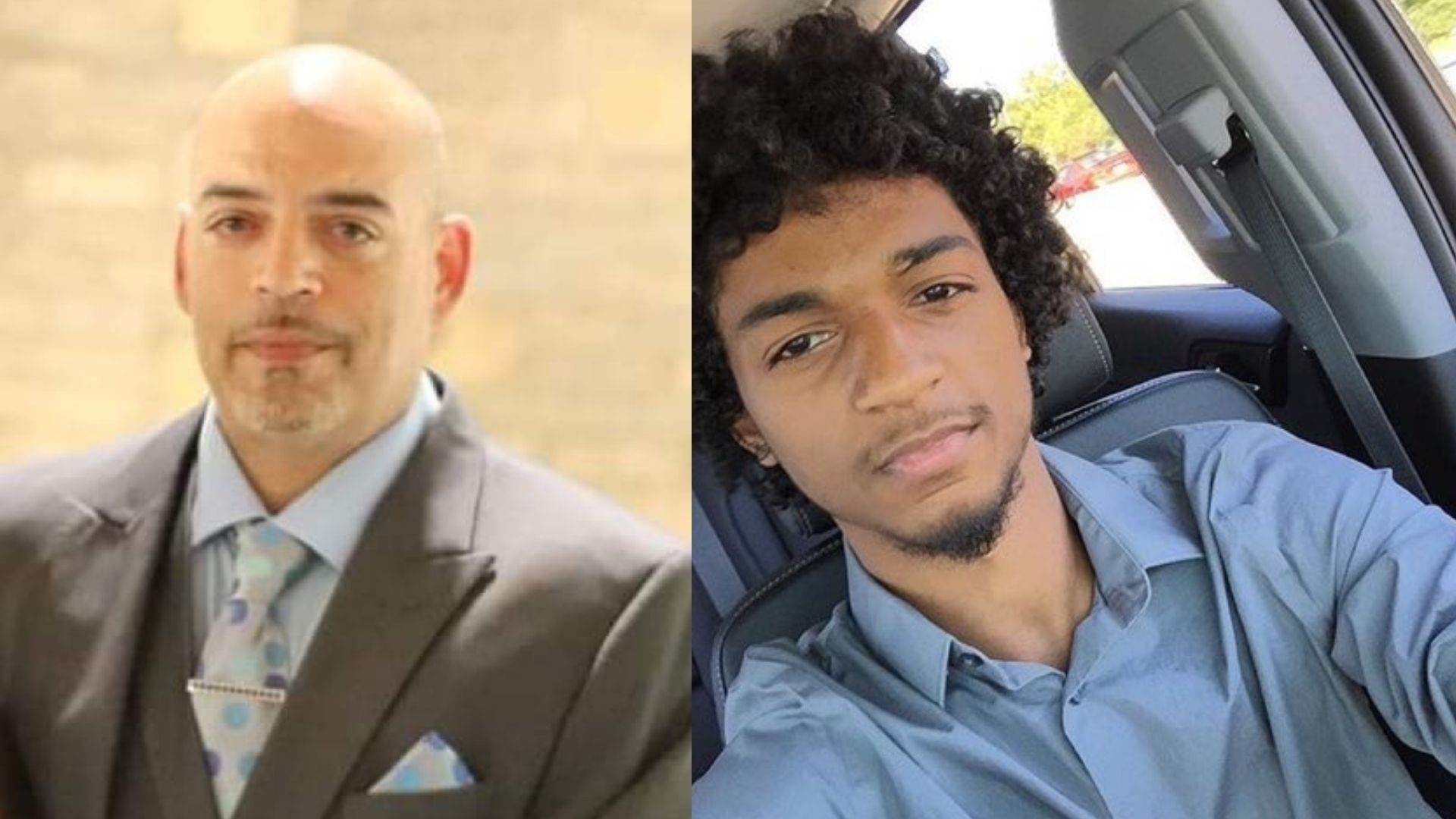 COLUMBUS, Ohio — Casey Goodson Jr. and Andre’ Hill never knew each other in life, but are forever connected in death.

Law enforcement officers shot and killed both men in separate incidents in Columbus late last year. Their deaths happened just weeks apart. Now, nearly six months later, the women who knew them best are waiting for the justice system to play out and giving their loved ones a voice.

“Every waking day of this nightmare since December 4 is traumatizing,” Tamala Payne said. Payne is the mother of Casey Goodson Junior, who was 23 years old when Franklin County Sheriff’s Deputy Jason Meade shot and killed him.

“We were super tight,” Payne said of her relationship with her son. “We had a bond that was crazy.”

The U.S. Marshal said Meade confronted Goodson because Goodson waved a gun at deputies as he drove by them.

Meade’s attorney, Mark Collins, said Meade fired his weapon when Goodson pointed a gun at him. Goodson was a licensed gun owner and the U.S. Marshal says a gun was recovered at the scene.

Goodson’s family disputes this narrative of what happened. They said Goodson was walking into his home with a bag of sandwiches when he was shot.

There is no body camera video, since the Sheriff’s Department doesn’t have them, and no witnesses. Goodson Jr’s autopsy shows Franklin County coroner, Dr. Anahi Ortiz, found Casey Goodson Jr. had been shot five times in the back and once in the buttocks.

This grieving mother now belongs to a club that no one wants to join: Black families who have lost a loved one at the hands of law enforcement. A Washington Post study published earlier this month shows Black Americans are killed by police at a much higher rate than white Americans.

“It is always a white officer that has killed a Black person and they’re always viewed as a threat. But in a lot of cases, they’re not threats,” Payne said. “My son’s back was turned. He wasn’t a threat.”

“I have zero concerns with there being no body camera because there’s a coroner’s report that shows Casey was shot from behind, five times in his back and once in his butt while walking into his own home,” said Walton. “We have evidence that his keys were in the door and that the door opened. He unlocked the door and fell onto his kitchen floor and the Subway sandwiches were next to his hand.”

Deputy Meade remains on paid leave while the shooting is under investigation. Collins has said Meade denies any wrongdoing. Collins also told 10TV in a statement they are waiting on the Department of Justice to decide its next steps, including if the DOJ will take this case to the grand jury, and they hope, if that happens, that Meade will be invited to testify there.

“We haven’t even been able to grieve properly. We’re in the fight of our life to get a man held accountable,” Payne said. “I believe wholeheartedly that justice will be served.”

Karissa Hill says she is also waiting for the wheels of justice to turn. Her father was killed on December 22, 2020, just days before Christmas. She joins Tamala Payne in grieving for a loved one killed by police.

Adam Coy, who at the time was a Columbus police officer, shot Andre’ Hill as he was coming out of a friend’s garage with a cell phone in his hand. Body camera footage shows Coy didn’t turn on his body camera until after he fired the fatal shots. When he did turn the camera on, it automatically recorded 60 seconds of the incident without sound as part of a “roll back” function of the camera. Responding officers told investigators in an internal affairs investigation that Coy said he thought Andre’ Hill had a gun prior to firing his gun.

“It hurts every time I watch it,” Karissa Hill said. “Those were my dad’s last seconds of life and his life was so beautiful.”

Coy has since been fired from the Columbus Police Department. He was initially arrested, and indicted on murder, felonious assault, dereliction of duty charges. He pleaded not guilty to all charges and has remained out of jail on bond.

Coy was indicted in April on a new charge of reckless homicide, and two counts of dereliction of duty were dismissed. Coy has also pleaded not guilty to the new charge.

Attorney Mark Collins also represents Coy. Collins told 10TV, in part, that he believes the attorney general’s office isn’t confident in the charge of felony murder against Coy, and that the grand jury process is flawed. The attorney general’s office said it is confident that the criminal case against Coy is sound and it is prepared to move towards trial.

He said after the shooting, not one officer at the scene attempted to render aid as her father lie on the ground dying. Body camera footage shows several minutes pass before officers checked on Andre’ Hill.

“I try to envision, like, what was he thinking. He can’t move, he can barely breathe. Everyone is just walking over him and walking past him,” Karissa Hill said. “I just felt his pain. His lifeless body laying on the cold pavement and nobody helping him.”

Andre’ Hill’s death has already led to new legislation. The Columbus City Council passed Andre’s Law. The legislation requires the activation of body-worn cameras during any enforcement action and requires Columbus police officers to request or render aid if use of force results in serious harm.

Karissa Hill now wears her father’s ashes around her neck, inside of a bullet-shaped pendant.

“I want him to be remembered as the best father ever,” Hill says. “He was my best friend. I love him and I miss him.”

The ashes and the bullet are both reminders of what happened to her father and why she believes has to keep fighting for him.

Andre’ Hill and Casey Goodson Jr. can no longer speak for themselves, so a daughter and a mother are now speaking for them and making sure their lives mattered.