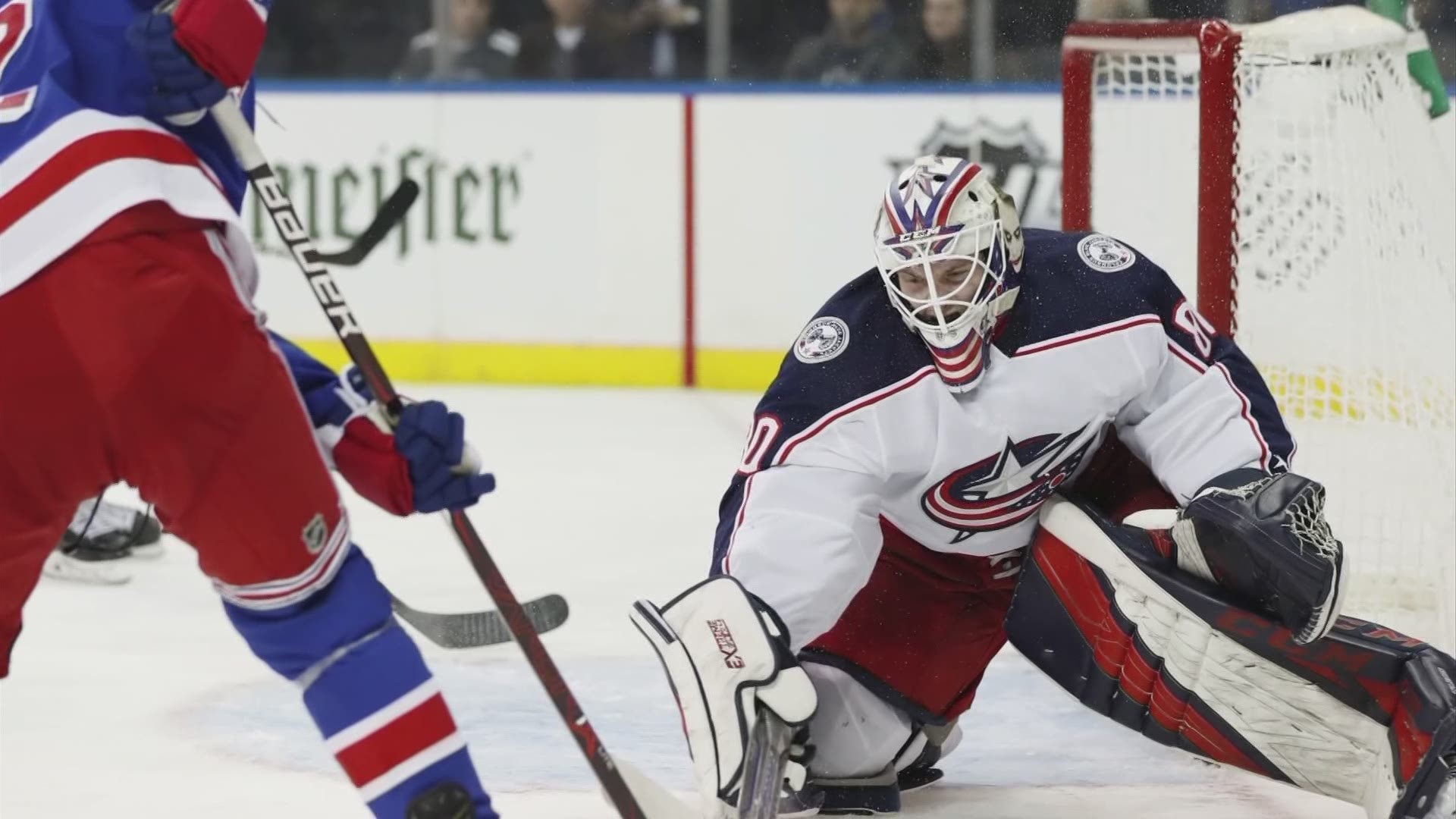 COLUMBUS, Ohio — Columbus Blue Jackets goaltender Elvis Merzlikins hailed his friend, Matiss Kivlenieks, as a hero during a memorial service in his honor on Thursday, saying Kivlenieks saved him and his pregnant wife the night of his tragic death.

Kivlenieks died on July 4 after being hit by a mortar-style firework at the home of the club's goaltending coach in Michigan. A medical examiner later confirmed the 24-year-old died from chest trauma caused by the mortar blast.

During a service Thursday, Merzlikins detailed what he said were the events leading up to that moment. According to Merzlikins, he and his wife were roughly 20 to 30 feet behind Kivlenieks when he was struck by the mortar.

Elvis: “he was always smiling and I think he made me stronger. As a man.” When it happened he was standing 20-30 ft behind. He saved my wife and my son “and he saved me”

Merzlikins said when his son is born his second name will be Matiss in honor of the late goalie.

“He died a hero,” said Merzlikins. “Matiss. He wasn’t my friend. Matiss was my little brother.”

Police in Novi, Michigan, where the incident took place, have not filed any charges, but they have sent the case to the local prosecutor's office for review.

You can watch the full service below: