The owner of L.E.P.D. in Columbus says they've had several days in the last few months where they have sold 150 guns in one day. 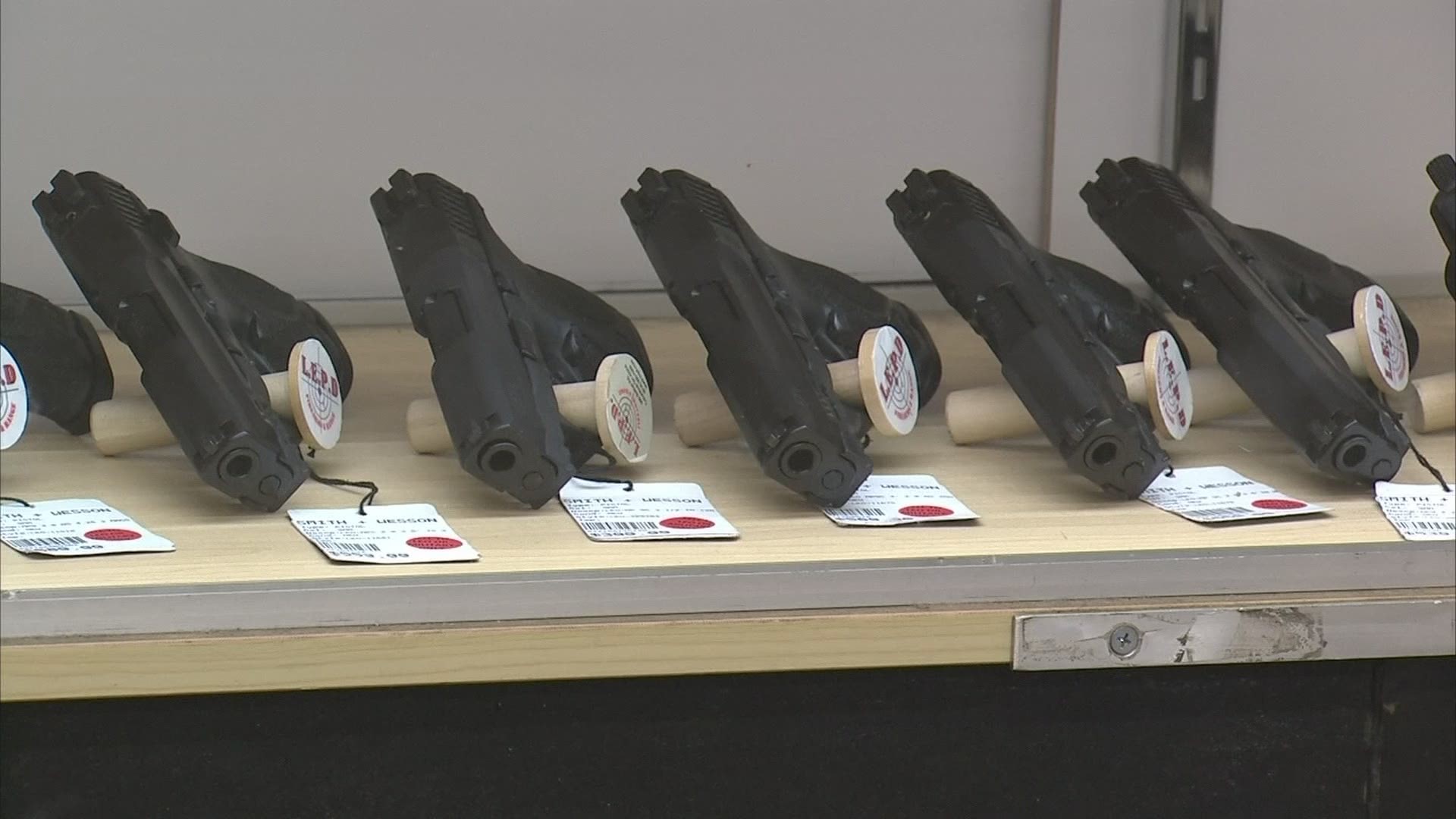 COLUMBUS, Ohio — According to an industry report, there has been a 60% increase in gun sales nationwide in the last year.

Eric Delbert, the owner of L.E.P.D in Columbus, says before the pandemic, they would sell about 10 guns on a busy day.

In the past few months, they say they've had days in the last few months where they sell 150 in a day. The increase in sales is leading to gun shortages.

Delbert says firearms sales increased as the pandemic hit. Then there was an increase in crime and civil unrest. Add in supply issues because of the pandemic, and it has left shelves that were full a year ago, almost empty now.

“People who weren't necessarily gun owners come out and say 'I think it's time to purchase a firearm, to consider it and to train on it',” Delbert said.

We called several other area gun shops, and they had the same story to tell.

Not only guns, but ammo is also tough to find.

“We predict here in two weeks, we are not going to have a firearm on the shelves to sell,” Delbert said.

He says the good news is that most of the people who are buying guns are asking for training, likely because there are so many new gun owners.

An industry report says 8.4 million people bought a firearm for the first time in 2020 in the U.S., which is 40% of all purchases. Delbert says they are seeing the same trend locally.

“So often we hear 'I'm a first-time buyer.' We estimated last year, it probably accounted for 60-70% of the sales,” Delbert said.