One local family said they will do what they can to prevent suicides in their community. 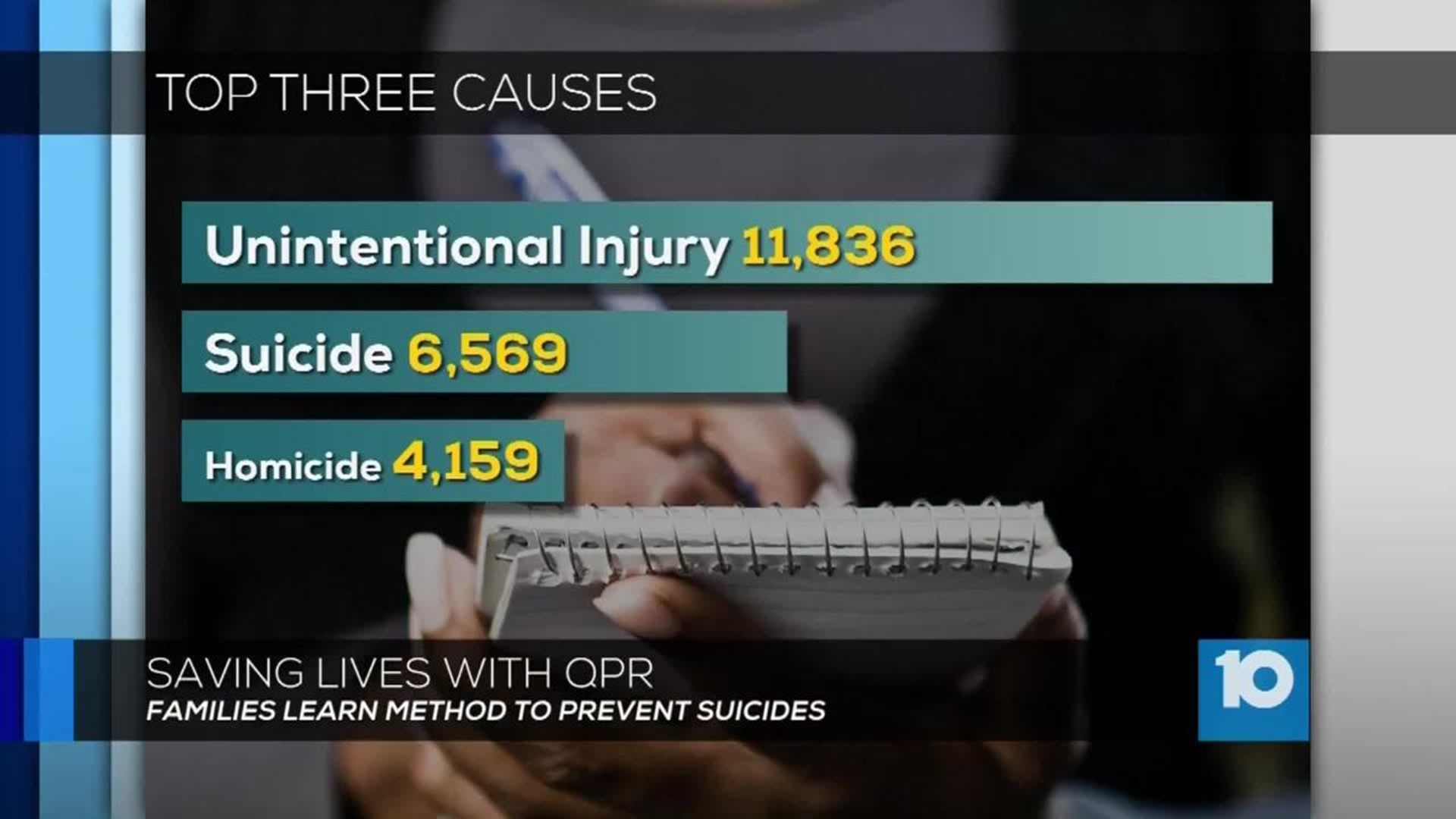 One local family said they will do what they can to prevent suicides in their community.

They said their quest is to encourage Central Ohio residents to learn the life-saving method called QPR.

QPR stands for Question, Persuade, and Refer. The method can be used to address a person who displays signs of depression or suicidal behaviors.

"We don't want to see more people around us commit suicide. Getting trained can be a life-or-death decision," Gordon Ross said.

Ross is 19-years-old now, but four years ago he said his best friend commit suicide.

"I didn't know the warning signs," Ross said. "I didn't know how to help him through his struggles. Now looking back on a lot of those moments, as a kid you see your friend going through problems- domestic or in schools. You realize you could have helped intervene in those situations when they were going through those depressions."

The tragedy created a turning point. Ross decided to get certified in suicide prevention. Now he's pushing for more people all over Central Ohio to also pursue QPR certification.

"I think QPR should be trained in schools, in the work environment, anywhere there are people," he said.

Ross said the method can save thousands of lives each year just as CPR or the Heimlich Maneuver may.

People trained in QPR learn how to recognize the warning signs of a suicide crisis and how to question, persuade and refer an at-risk person to help.

A course training a person to become a gatekeeper in the QPR method can take as little as one hour.

"Knowing those warning signs could save a life," Ross said.